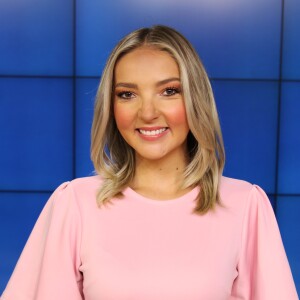 TUCSON, ARIZ. (KGUN) — Editor's note: We previously referred to Chris Perez as Selena Quintanilla's brother, when he is in fact her widower.

A Tucson pre-teen’s special talent attracted the attention of millions of people around the world.

Her videos on TikTok have received millions of views and her account is followed by about eighty thousand people.

Mazon said she remembers warming up her vocal cords at 2 years old.

“I started off by crying, I was already getting my voice ready,” said Mazon.

Mazon looks up to Selena’s performance skills and talent but also her character.

Mazon has even caught the attention of Selena’s widower at a county fair.

“I prepared her for the day that we would meet one of the Quintanillas- Selena’s people,” said Joe Rivera, Mazon’s father. “That day came. We met him at the county fair, and she sang him a song.”

Although Mazon said she looks up to Selena, she thanks her parents for her up-and-coming success.

“She sings beautiful, that’s how I got the voice, by my mom,” said Mazon. “I just want to say thank you to my mom…she’s the one that teaches me everything. My dad- he works very late to put food on the table and I love my dad, he works hard,” Mazon said.

Mazon’s family said they’ve been presented with recording contracts, but for now they will work independently creating original songs and posting on social media.

“We don’t know what to do at this point because it’s too soon and she is so young,” said Mazon’s father. “We’re thinking about making a decision in the near future, but we’re working on a single as well. She kind of wrote part of the song so she’s excited about recording her single.”

Mariapaula Mazon frequently preforms at Tiny’s Saloon & Steakhouse in Tucson and is looking forward to preforming at venues in New Mexico in August.

——-
Faith Abercrombie is a reporter for KGUN 9. Faith joined the KGUN 9 team in July of 2022 after graduating Arizona State University in May. Share your story ideas with Faith by emailing faith.abercrombie@kgun9.com or by connecting on Facebook, or Twitter.