GOP and Dems team up to say: “Stop stealing signs”

Political signs of both parties vandalized or stolen 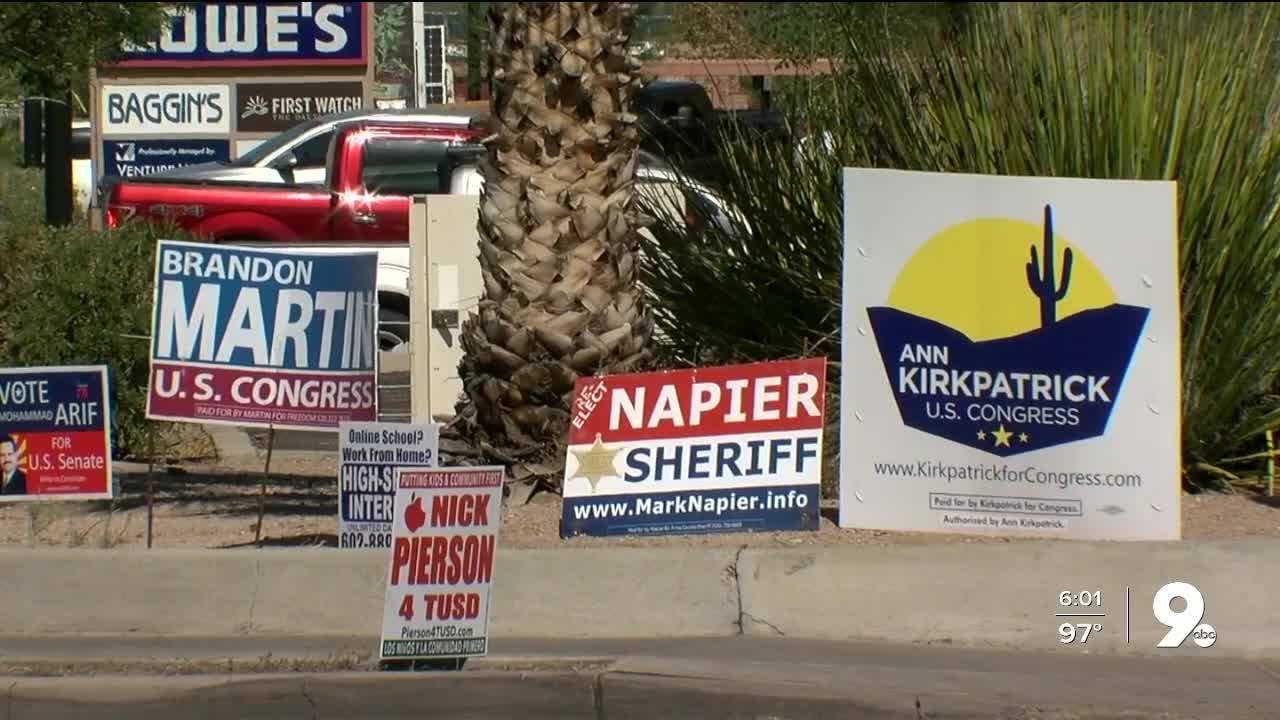 Political signs of both parties vandalized or stolen

TUCSON, Ariz. - It has been a tough, tough election season, and as election day closes in there’s something local Republicans and Democrats actually agree on: stop stealing and vandalizing political signs.

On October 11, a Pima Sheriff’s airplane caught video of a crime in progress: Two people snatching Trump campaign signs from the side of the road near Sunrise and Swan. They ended up arrested and charged.

In Arizona, stealing or vandalizing a political sign is a criminal act that can hit you with a $750 fine and land you in jail for four months.

Both major political parties have had so many signs knocked down, defaced or stolen they’ve teamed up for a joint statement urging everyone to cut it out.

But what's happening right now to both parties, is that, you know, intersections are just being wiped out.

Alison Jones Chairs the Pima Democratic Party. She says, “Yeah, and this is childish. It's probably not going to change one vote. Spend your energy, working for the candidate you support, instead of vandalizing signs, if you really want to make a difference.”

It’s not as if stealing signs is new. Six years ago, a TUSD School Board candidate lost so many signs she planted a camera that caught a thief in the act.

Both local parties agree feelings are running especially high this election year, but no one should be attacking someone’s signs.

They say if you want to fight hard, go ahead, but fight fair.