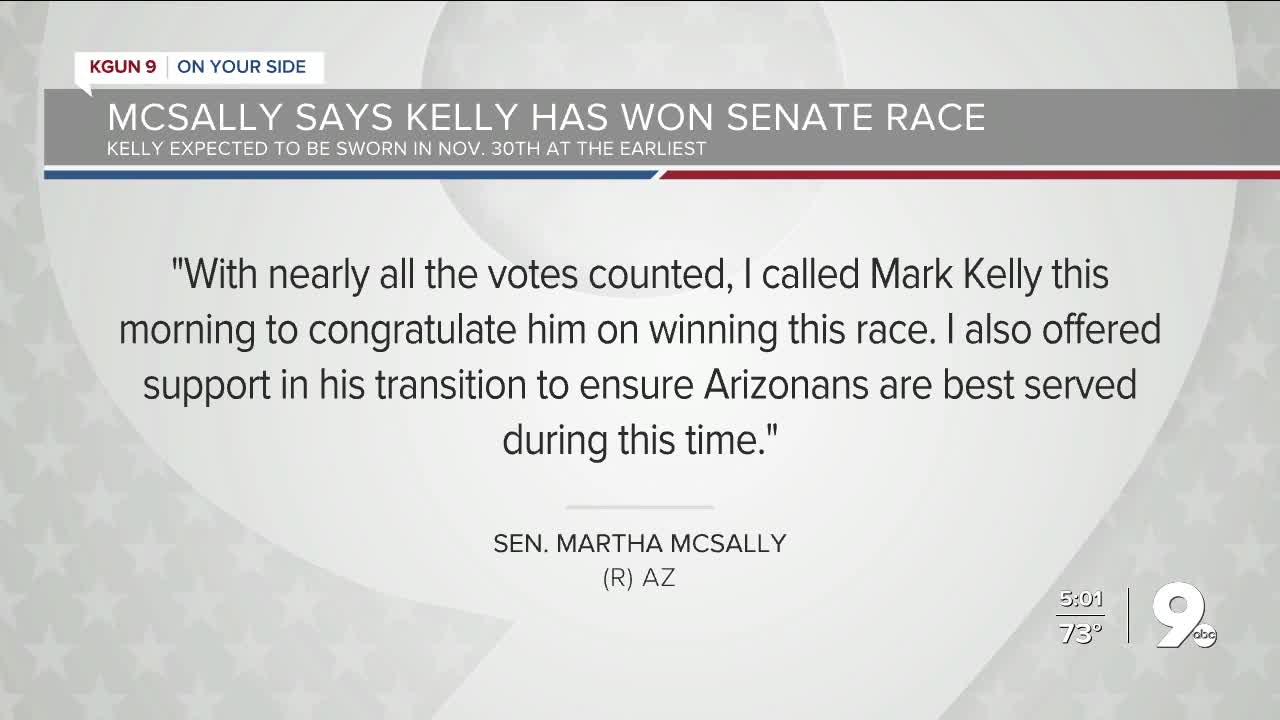 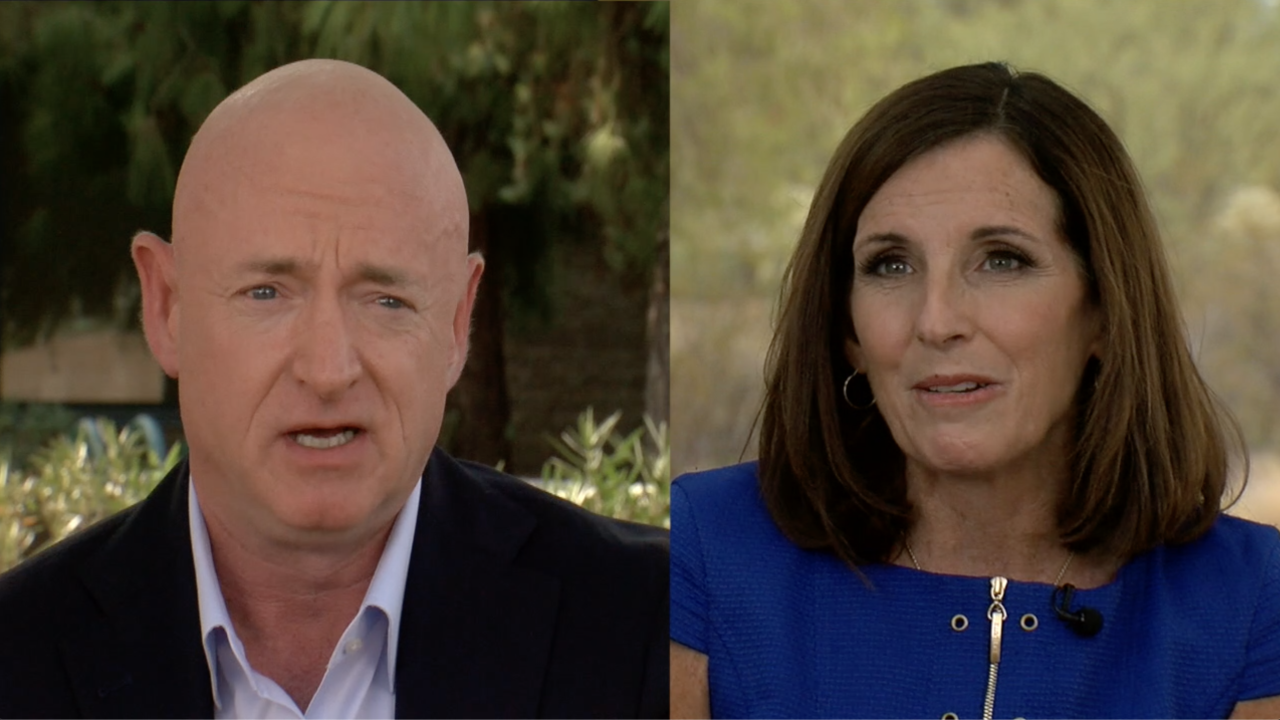 In a statement Wednesday afternoon, Kelly said he was "deeply honored" to have won the election, following the Associated Press projection of the race.

“While elections officials continue the important work of ensuring every vote is counted, I am preparing for the job of being an independent voice for all Arizonans, regardless of who they voted for," the statement said. "We need to slow the spread of the virus, get our economy back on track, and defend health care protections for people with pre-existing conditions. And I know that together, we can.”

Concluding a contentious campaign, Arizona voters made their decision. Polling showed Kelly with a significant lead throughout much of the race.

McCain died in 2018, and John Kyl took over the seat from September until December of that year, when Gov. Doug Ducey appointed McSally to the seat after she lost another race for the Senate to Democrat Kyrsten Sinema. Kelly, a retired astronaut, will hold the seat through 2023.

Kelly served in the Navy for 25 years, including 10 years as an astronaut with NASA. He's also married to former Congresswoman Gabby Giffords and has helped her push for gun control reforms throughout the country. Kelly said he wants to address climate change and rebuild the post-COVID economy with jobs that look towards the future.

McSally retired from the Air Force as a Colonel and was the first American woman to fly in combat and commanded an A-10 squadron. She says the qualities she learned in the service help her in the Senate. She lost to Democrat Kyrsten Sinema in the 2018 Senate race for the seat held previously by Republican Jeff Flake.

"With nearly all the votes counted, I called Mark Kelly this morning to congratulate him on winning this race. I also offered support in his transition to ensure Arizonans are best served during this time. I wish him all the best.It has been an absolute honor to fight for and serve Arizona in the U.S. Senate, especially during these unprecedented times. Thanks to Governor Ducey for giving me this extraordinary opportunity to serve. I will always be inspired by the strength, resilience, innovation, and compassion that I witnessed from Arizonans as I traveled throughout our great state. I will never forget what I learned from all of you. I will miss engaging with Arizonans to hear their challenges and how I could help when I deployed to D.C. I am so grateful for the opportunity to solve many problems through legislation, secure funding and pandemic relief for Arizona, deliver results to constituents getting the run around from bureaucracies, and fight for the hardworking people of our amazing state.

While falling short, I am deeply humbled to have received the second most votes ever cast by Arizonans for a statewide race. I am thankful for the more than 1.6 million Arizonans who voted for me and everyone who dedicated their time, resources, and prayers to our campaign. Like nearly everything in my life, it was a high-risk, high-purpose fight. Thank you to all my faithful wingmen and wingwomen. I am proud of our effort, as we truly left it all out on the field. After fighting for our country for more than three decades—the last nine in the political arena—I trust God will lead me to my next mission to make a difference after I get a little rest.Thank you, Arizona! It's been an honor to serve you, and I know our future is bright and blessed.”