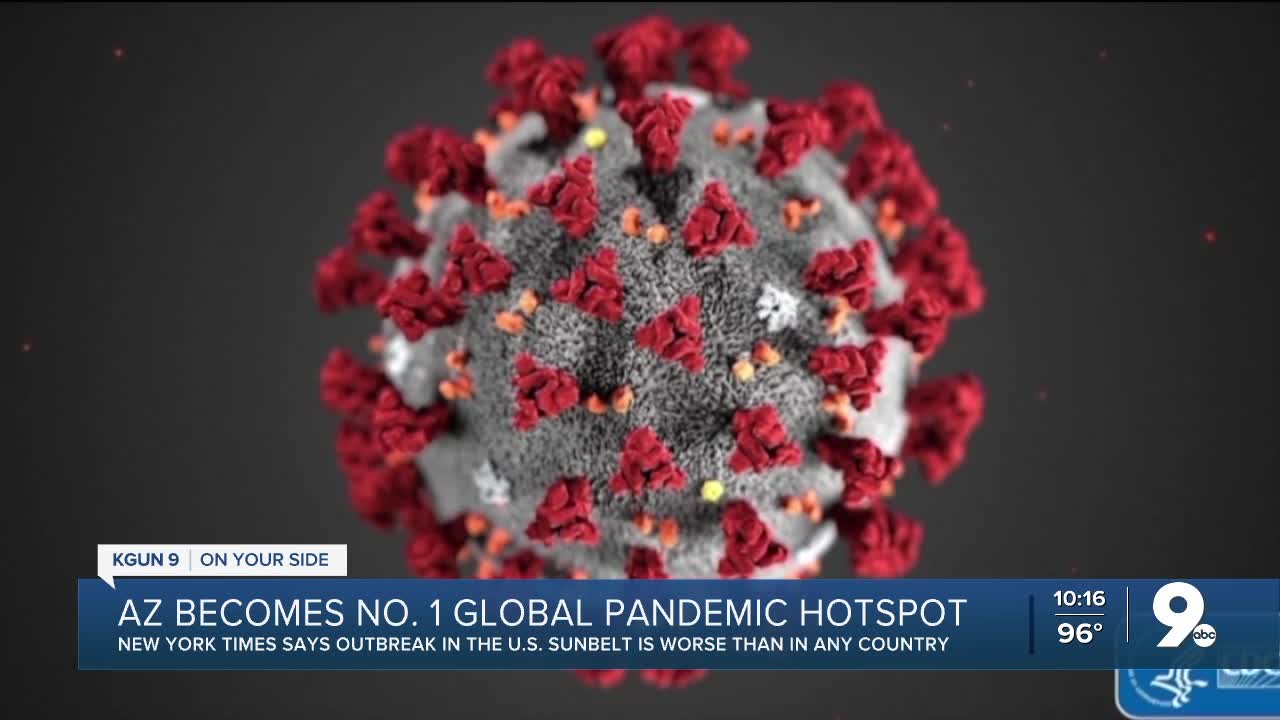 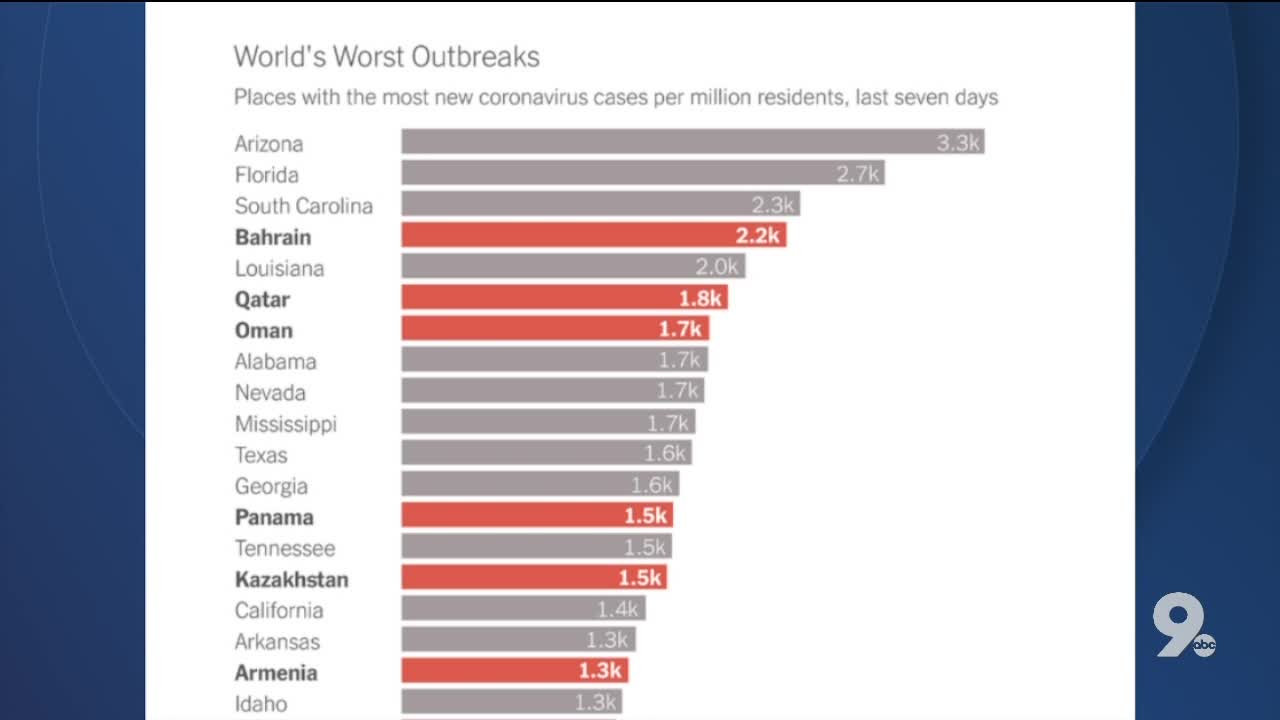 Over the last week, Arizona's explosion in coronavirus cases has made it the No. 1 global pandemic hot spot.

According to the New York Times, Arizona topped the list of states and countries with a high rate of virus spread than any other state or country.

The newspaper's research, which ranks countries and states with the most new confirmed coronavirus cases over the past week -- adjusted for population -- lists Arizona No. 1, with about 3,300 cases per 1 million in population. Florida (2,700) and South Carolina (2,300) follow. Bahrain (2,200) is No. 4.

Dr. Theresa Cullen, with the Pima County Health Department, says the number of cases in Arizona are striking.

“We’re in what we call an accelerated community transmission. If you look at our numbers, they are logarithmic increases, which means they have gone up by a factor of 10 in the last five weeks. So we doubled and we went up another 5% and we’ve just continued to go up,” said Dr. Cullen.

According to The New York Times, the sunbelt has become the global virus capital.

While the testing disparities may explain differences in comparisons to other countries, Arizona is still among the states with the most new cases per capita in the U.S.

Nonetheless, Dr. Cullen says the increase in cases is troubling.

“I think this dramatic, consistent increase is very concerning to us,” she added.

So what are symptoms you should be paying attention to?

“Tickle in your throat, your cough, fever, not feeling well, muscle aches and things like that," Dr. Cullen said. "Sore throat, runny nose -- the new symptoms are chest pain, blue lips or face. And then this inability to wake up or stay awake."

Here’s what Dr. Cullen says you can do to stay safe.

“We need 80% of people to wear masks, physical distance, and if you’re sick, stay home,” she said.

As far as the number of recoveries, Dr. Cullen says it's hard to know.

Here is the full response from Ducey spokesperson Patrick Ptak on the New York Times analysis:

Testing - if you aren’t testing, it doesn’t mean you have fewer cases, just that you know less about them.

Arizona has been working hard to increase testing, with more on the way.

Daily Testing - In fact, Brazil is currently testing 0.025 per 100k people per day. By contrast, yesterday, Arizona reported 12,212 tests (and this was far from our highest day in the past week) which works out to 167 tests per 100K on that one day alone.

Positivity rate – both Brazil (33%) and Peru (39.9%) have a higher positivity rate than Arizona. This, in combination with their much lower testing, suggests the outbreaks in these places are much larger than is being reported. Likewise, New York’s positivity rate during its peak was more than double what AZ is seeing now.

None of this is to diminish the situation in Arizona – it is serious and the State is working to address it, but this reporting is misleading at best.