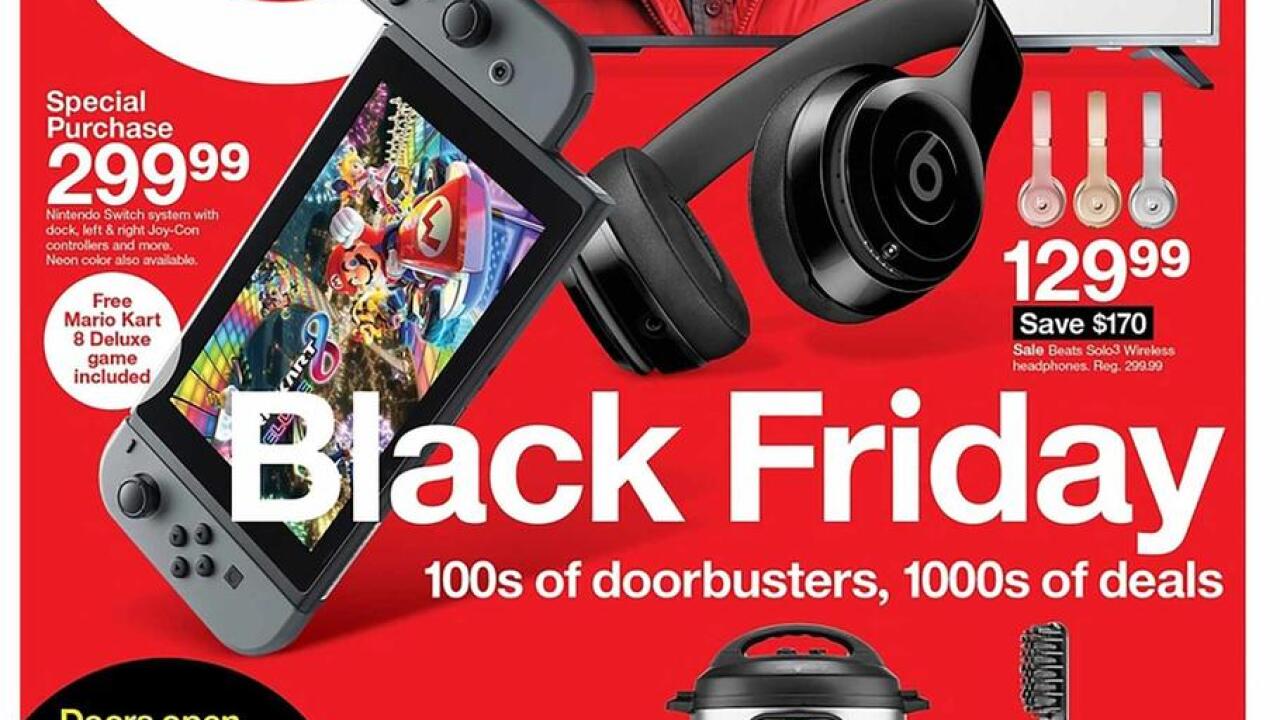 The first of the "Big 3" Black Friday ads has just been released for 2019.

It is from Target, which starts its sale at 5 p.m. Thanksgiving Day, which means you had better put that turkey in the oven early if you plan to shop the doorbuster deals.

One of the best features of Target's Black Friday ad is a 20% off coupon if you spend $50 in store or online.

The store will also have great deals on gaming consoles, vacuum cleaners and, of course, televisions. Among the best TV deals: a 55-inch Samsung 4K TV for just $329. Just realize that is a doorbuster that could be gone within 30 minutes of stores opening.

And if you are thinking of upgrading to one of the new iPhone 11s, you may want to skip the Apple store on Black Friday because Target will give you a free $200 gift card with the activation of a new model iPhone.

Highlights of Target's 2019 ad , according to BF Ads.net:

But you may not have to wait until Black Friday to get deals on the items you want. Target is holding a Black Friday preview sale this weekend, November 8 and 9, with hundreds of doorbuster prices early.

So it may be worth checking your local Target this weekend.

You can see the full Target ad scan here.

The Walmart and Best Buy Black Friday ads are expected any day now, so you don't waste your money.