8 standing mixers you can score for under $100 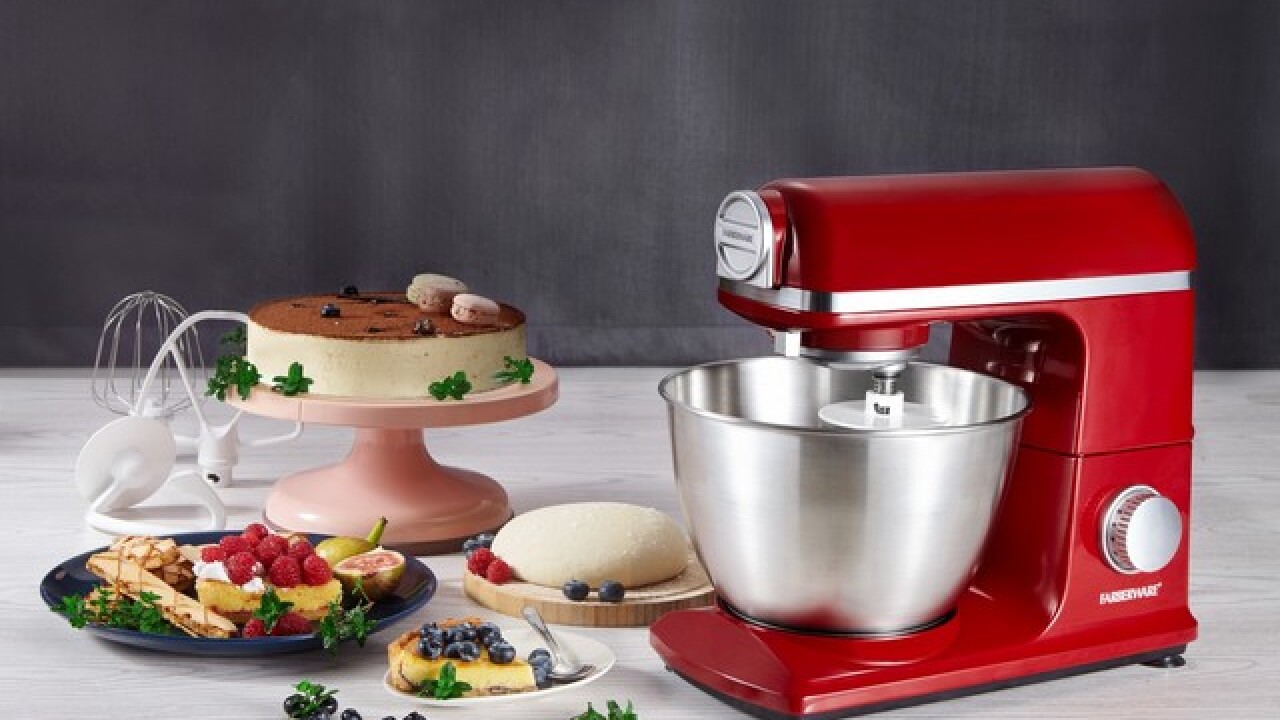 KitchenAid stand mixers are classic, beautiful, functional—and super expensive. As much as many of us would love to style our kitchen counters with a classic red or trendy copper mixer, paying between $199 and $300 for one may not be a reality this holiday season.

But if you're still interested in making cookies, bread and more in a stand mixer, there are plenty of options at a lower price point. Consider these stand mixers, all priced below $100:

1. Brentwood Stand Mixer: $34.99 It's the most affordable of the bunch. This five-speed mixer by Brentwood has good ratings on Best Buy's website, though only a handful of people have reviewed it. Best Buy also has a price match guarantee.

2. Hamilton Beach 64650 Classic Stand Mixer: $35.85 Named "Best bang for the buck" by BestReviews, this four-quart mixer is also a top-seller on Amazon. It actually doubles as a hand mixer, and comes with traditional beaters, whisk and dough hooks.

3. Dash Everyday Stand Mixer: $39.99 Another affordable option, this Dash mixer is smaller at 2.5 quarts but also has a cool vintage vibe. Bed Bath & Beyond sells this model in black, copper, pastel blue, red and pink. It comes with dough hooks and beaters.

4. "Mixa" Powerful Patented Twin Motor Stand and Hand Mixer: $59.95 At 3.5 quarts, this stand mixer sold on Amazon comes in 10 speeds and with a slew of accessories: a snap-on lid for the bowl, a spatula, dough hooks and two kinds of beaters.

6. Hamilton Beach 63325 Stand Mixer: $79.99 This Hamilton Beach model is a little pricier, but reviewers on Amazon compare the performance to a KitchenAid. One reviewer wrote, "I am NOT a baker but a novice baking student and I can honestly tell you that I have been beating the heck out of this thing and I cannot kill it!" Your order will come with a flat beater, dough hook, and whisk.

7. Sunbeam Heritage Series Stand Mixer: $95.99 Best Buy is currently selling this seafoam green stand mixer for just less than $100. The 4.6-quart mixer has all the typical bells and whistles, including beaters and dough hooks, plus a pop of color for the kitchen.

8. Farberware Stand Mixer: $99 Barely squeaking in under $100 before tax, this 4.7-quart Farberware stand mixer could almost make you forget you don't have one of those trendy red KitchenAids. Walmart sells it in red, grey, teal, pink and blue, along with a whisk, paddle, dough hook and splashguard.