Consumer Reports: Complain on social media and get results 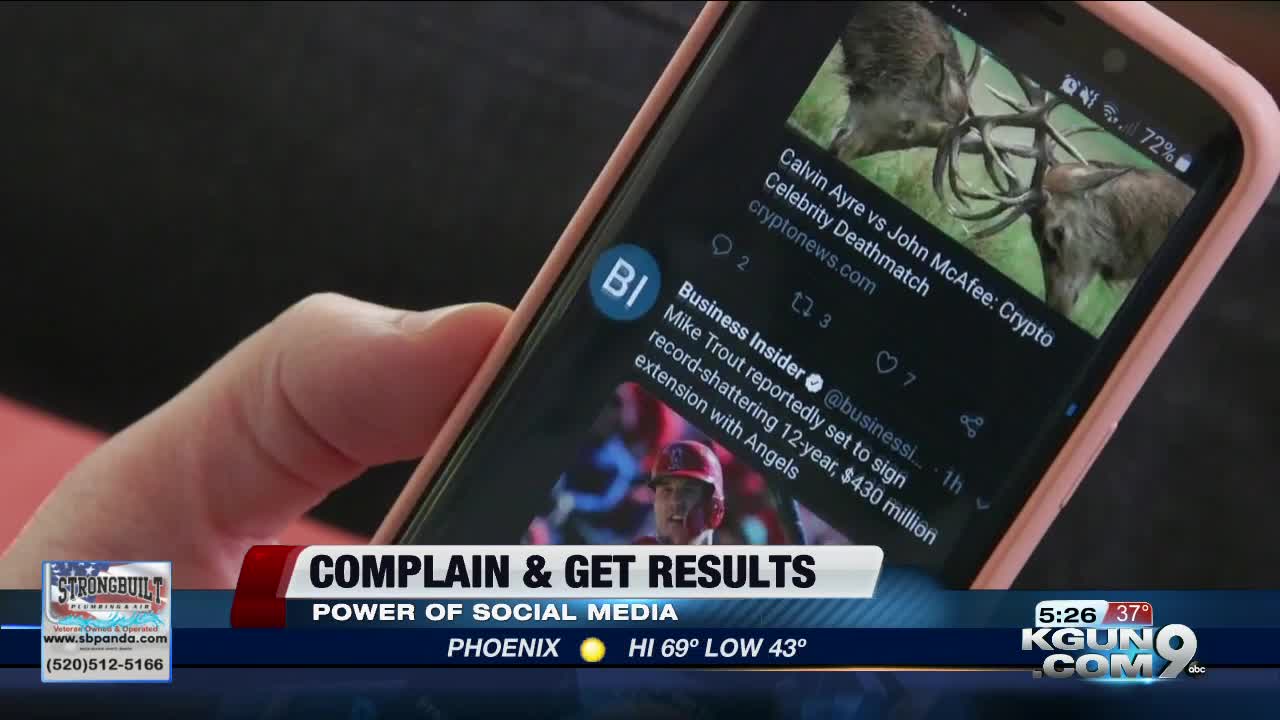 Sitting on hold over the phone, waiting to talk with a customer service representative might be a thing of the past! Consumer Reports says social media can be a much more powerful way to get results quickly.

TUCSON, Ariz. - Andres Baracaldo loves barbeque and he spent big bucks on his custom-made smoker. But when his pit arrived damaged, he was devastated…

“When I saw the damage, I honestly couldn’t even believe it," says Baracaldo.”

The smoker’s wheel axle was bent, paint was chipped and it was covered in dents and dings, so Andres took to social media.

“I took pictures of the damage, I uploaded that to the Facebook group," says Baracaldo. "People right away started chiming in with similar experiences and how it was made right.”

The company quickly took notice and the owner contacted Andres directly. He was sent parts for repair and fresh paint and he was even refunded over a thousand dollars. More and more consumers are following Andres’ lead in taking to social media to get results.

“Well, the appeal of using Twitter is that it’s typically very public, easily searchable, and the company is very limited in its ability to hide that complaint," says Consumer Reports Editor, Kevin Doyle.

First, target an active verified account, one that is regularly monitored. Never post private information in public places. This is especially important for Facebook and Twitter. Only disclose that type of info through direct messages when you know you’re chatting with a company representative. And be honest! Exaggerating your claim won’t help you get better service. And always be respectful. A positive attitude may result in a positive outcome.

“Companies recognize the power of social media," says Doyle. "They know that a negative complaint can reflect badly on the entire company.”

Here’s another tip if you want to use Twitter for customer service help. To make your tweet more public, don’t begin the tweet by mentioning the name of the company. Instead, place it within a phrase. Then it will appear in the timeline of everyone who follows you.