In Arizona just this year an estimated 5700 women will be diagnosed with breast cancer. 850 will die from the disease. Breast cancer is the second leading cause of cancer death in women, right behind lung cancer.

Liliana Ahumada is a breast cancer survivor who can't stress the importance of early detection.
At just 33 years old, a mother of two, a wife, Ahumada felt a lump on her left breast.

"When I first felt it, I wasn't too concerned cause I've always had dense mass. I've always had lumps on both sides. But then I realized this one was different because it wasn't on the other side," said Ahumada.

She went in for a check-up. The day of her daughters 11th birthday, she got the call.

"It was hard. My kids ran through my mind. Being so young and she was just turning 11, and I had a 7-year-old at the time," said Ahumada.

With no family history of breast cancer, Ahumada was diagnosed with stage 2, level 3 invasive ductal carcinoma. Fewer than 5 percent of all breast cancers diagnosed in the U.S. occur in women under 40.
That's 12,000 women who have bright futures ahead of them. Ahumada underwent a double mastectomy and 18 weeks of chemo.

"I've very lucky I had a great support group, my mom, my sisters, my husband, my work and my kids. But I did become reclusive, didn't want to go anywhere," said Ahumada.

Now a year since her diagnosis, Ahumada is cancer- free and has a new perspective on life.

"Cancer has opened my eyes to the new perspective. I don't take things for granted anymore. I look at things different. Before I used to let things pass by, fast-paced, work, and now I'll take time out for the family, the kids, and for myself," said Ahumada.

The Making Strides Against Breast Cancer walk is on October 21st at Armory Park. Registration is at 7 a.m. The walk begins at 8 am. 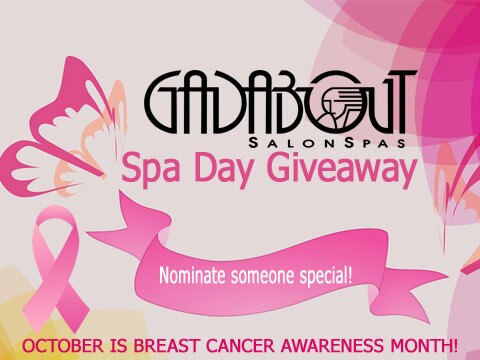