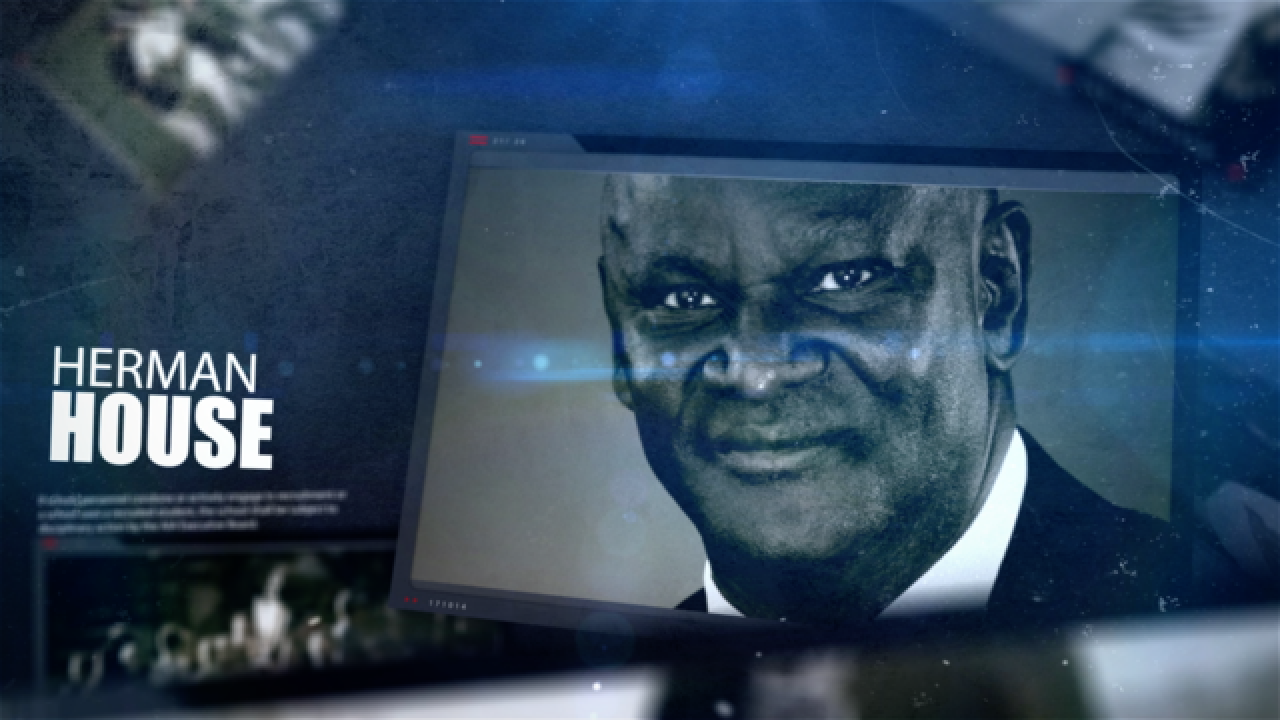 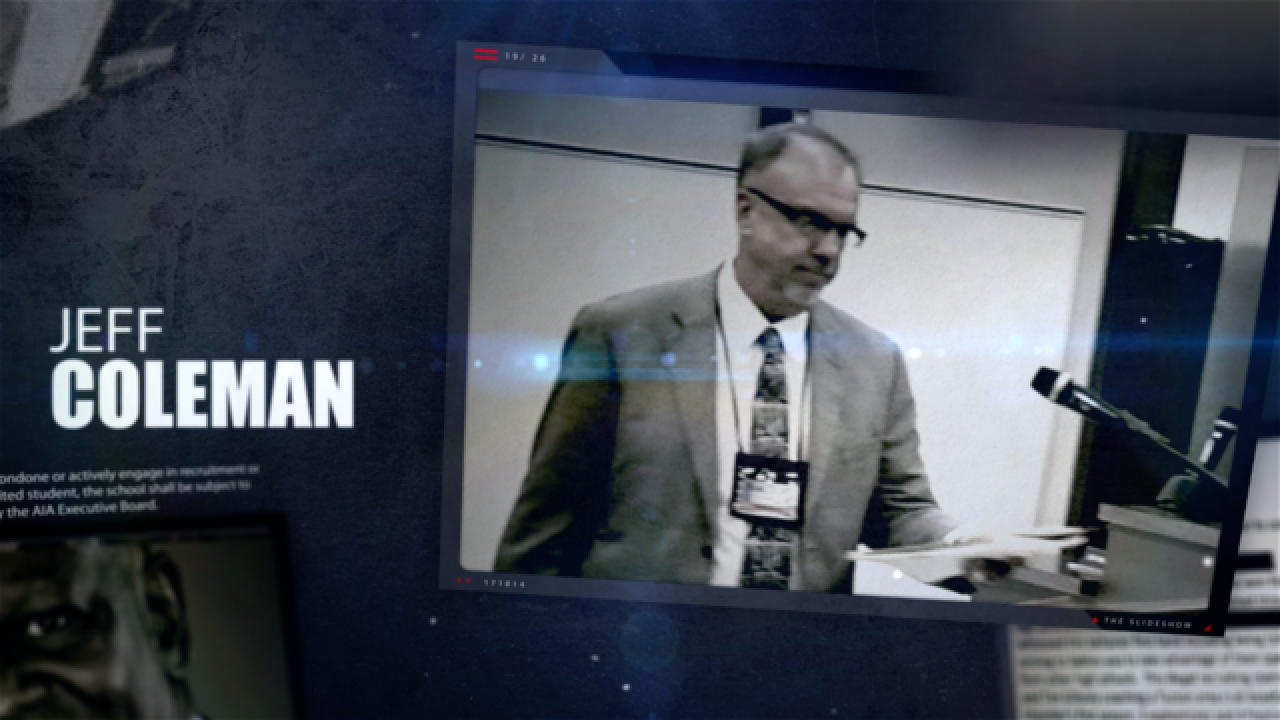 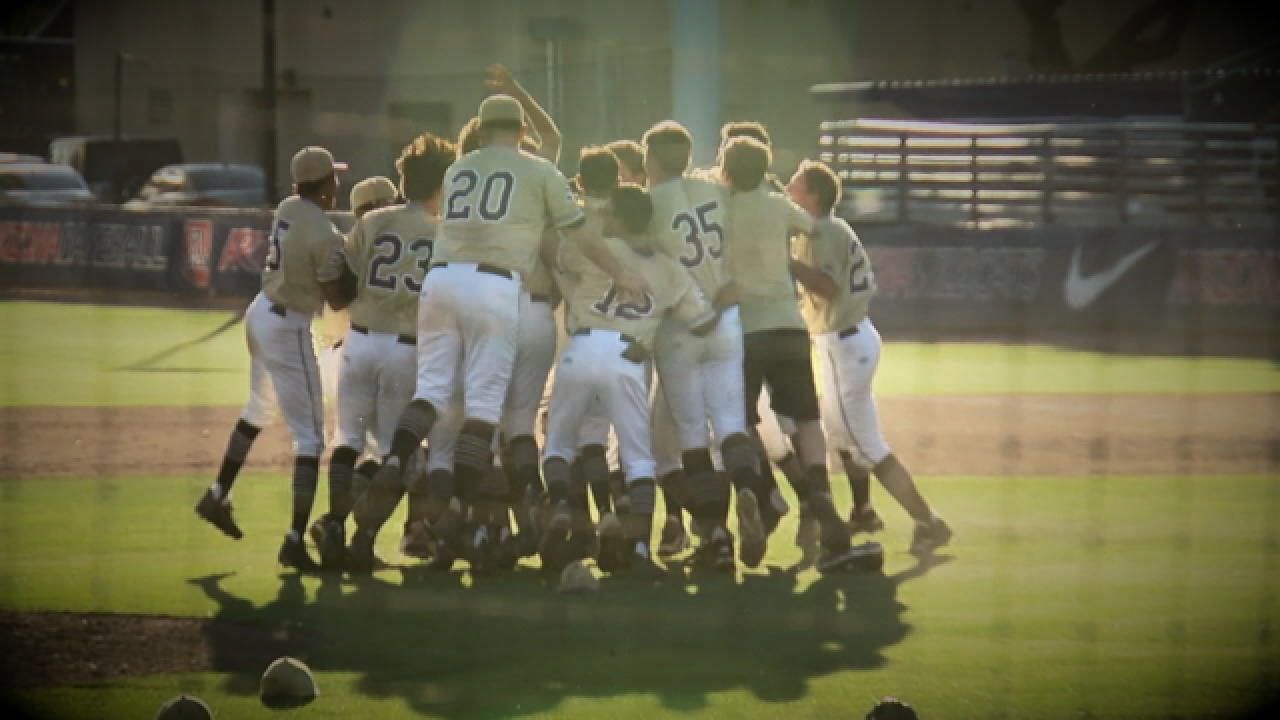 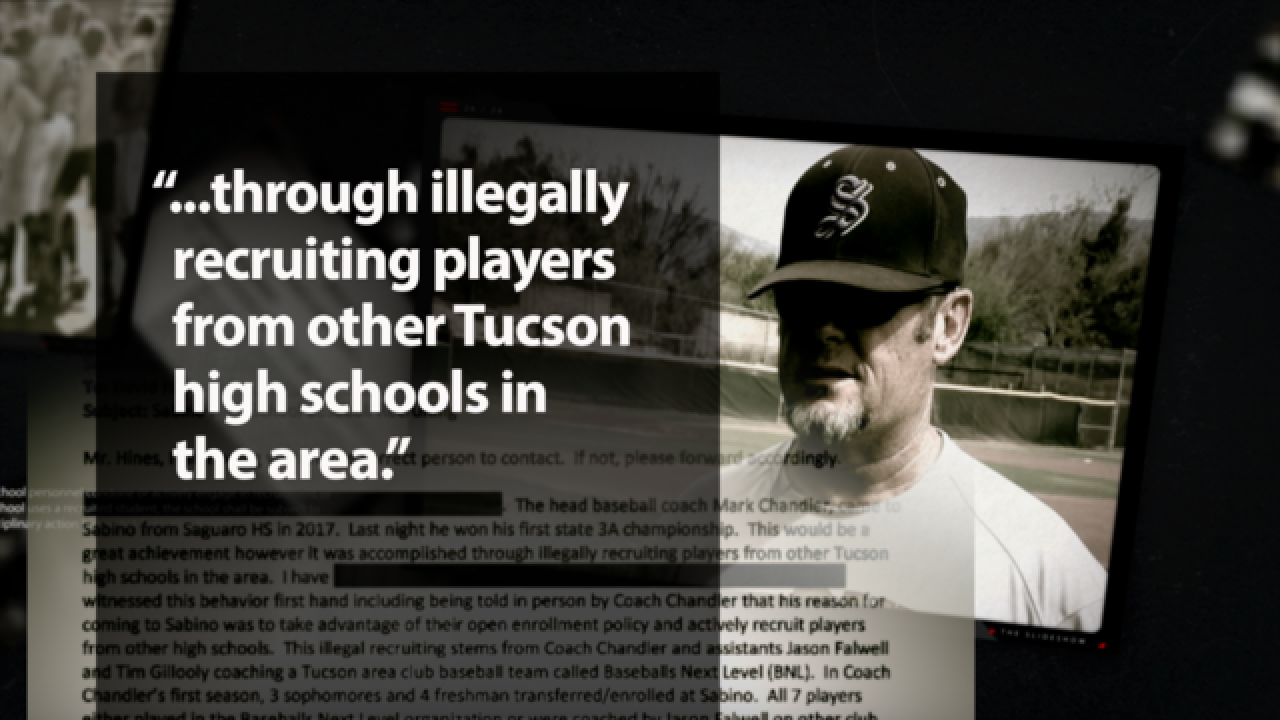 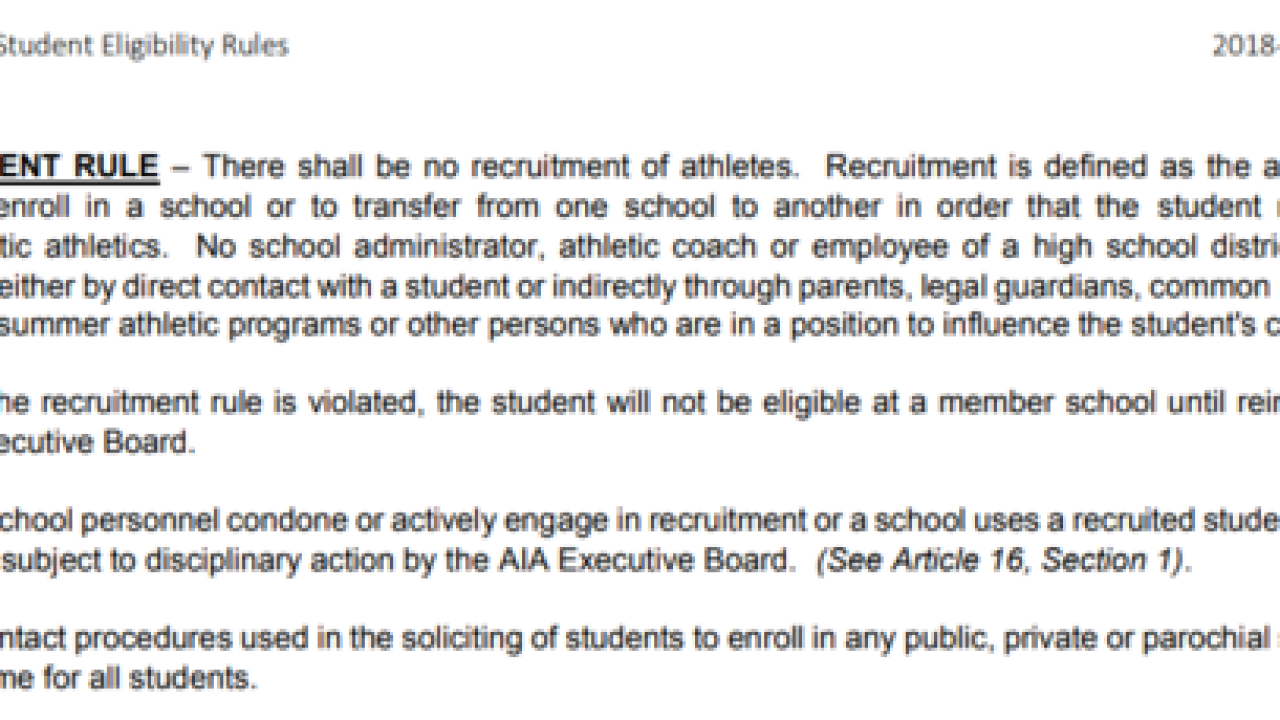 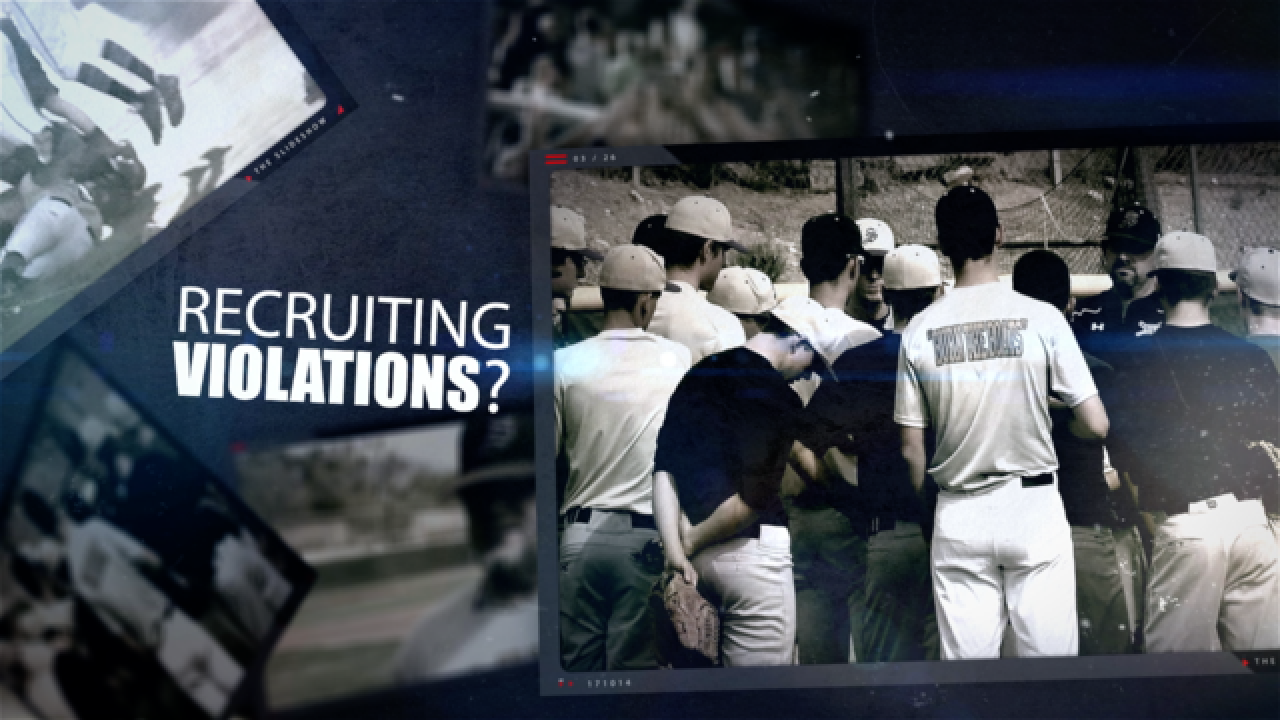 A come from behind victory in the 2018 state 3A championship game against Sahuarita.

A thrilling triumph for the Sabrecats -- a team that hadn't won a state baseball title in 21 years.

It's an impressive accomplishment by head coach Mark Chandler considering he did it in just two years.

"It's about the game and the relationships I build with kids out here and my coaches," said Chandler in an interview during the regular season.

But now that shining moment -- how the championship was achieved -- is in question.

The coach is now under investigation for possible recruiting violations -- a stacking of the deck, insiders say, to win games and the 2018 championship.

That's the gist of the complaint made to the Arizona Interscholastic Association or AIA. It sets the athletic rules for districts.

The person filing the complaint states Chandler accomplished the win "through illegally recruiting players from other Tucson high schools in the area" having "witnessed this behavior first hand including being told in person by Coach Chandler that his reason for coming to Sabino was to take advantage of their open enrollment policy and actively recruit players from other high schools."

If true, that's not allowed. AIA regulation, specifically in Article 15, stipulates, "There shall be no recruitment of athletes."

Another AIA provision to be aware of: if players take part in a club team and decide to transfer to their coach's school, the player has to sit out one full year.

KGUN 9 examined online records that reveal some of the transferred athletes played for Chandler on his club team.

We checked with the AIA on any other complaints against Chandler, but we're told there's none to be found.

The AIA is not doing the investigation. Instead, it wants TUSD to handle it.

KGUN9 asked Superintendent Gabriel Trujillo for an update on the investigation during a media briefing.

We do know we are in the portion of the investigation where players will be interviewed and parents. And that's always a sensitive thing so we want to make sure anonymity at this point," said Trujillo.

Trujillo continued, "Our protocol is to finish this up in the next few weeks. And then a presentation to our board -- mostly likely in executive (session) and then, of course, our results are due to the AIA executive board for review and possible sanctions."

The complaint lists what appears to be 10 names of recruited athletes. That's half the baseball team.

KGUN 9 has verified at least several players who joined the team from other schools within and outside the district over the past two years.

"The predominate portions of the investigative work have fallen to Mr. House and Mr. Jeff Coleman," said Trujillo.

Jeff Coleman is the safety director and Herman House is the district's athletic director.

But insiders tell KGUN 9 that there's an issue with House's part -- a possible conflict of interest -- because he's good friends with the coach.

KGUN asked Trujillo about concern over Herman House being friends with the baseball coach.

"I have the highest confidence in our investigative team on this. I think the fact that Herman House stood up and said I cannot be a part of any part of this investigation that involves the Sabino coach I believe speaks to his integrity. I have the highest amount of respect for him for doing that. Jeff Coleman's work is known throughout the community and throughout the district for its professionalism and accuracy and it's diligence. So I have full confidence in the team that's on this."

But some have little confidence in the district's ability or willingness to police its own.

TUSD's prior administration came under intense scrutiny during a grade changing scandal uncovered by KGUN 9.

Cavazos: "How can you ensure the public that this is going to be done thoroughly as the AIA has asked you to do?"

Possible consequences or sanctions range from a warning to losing the 2018 state title.

TUSD's superintendent says the district is finishing up its investigation to hand over to the TUSD board and then the AIA  for review.

Stay with KGUN 9 for developments in this investigation.