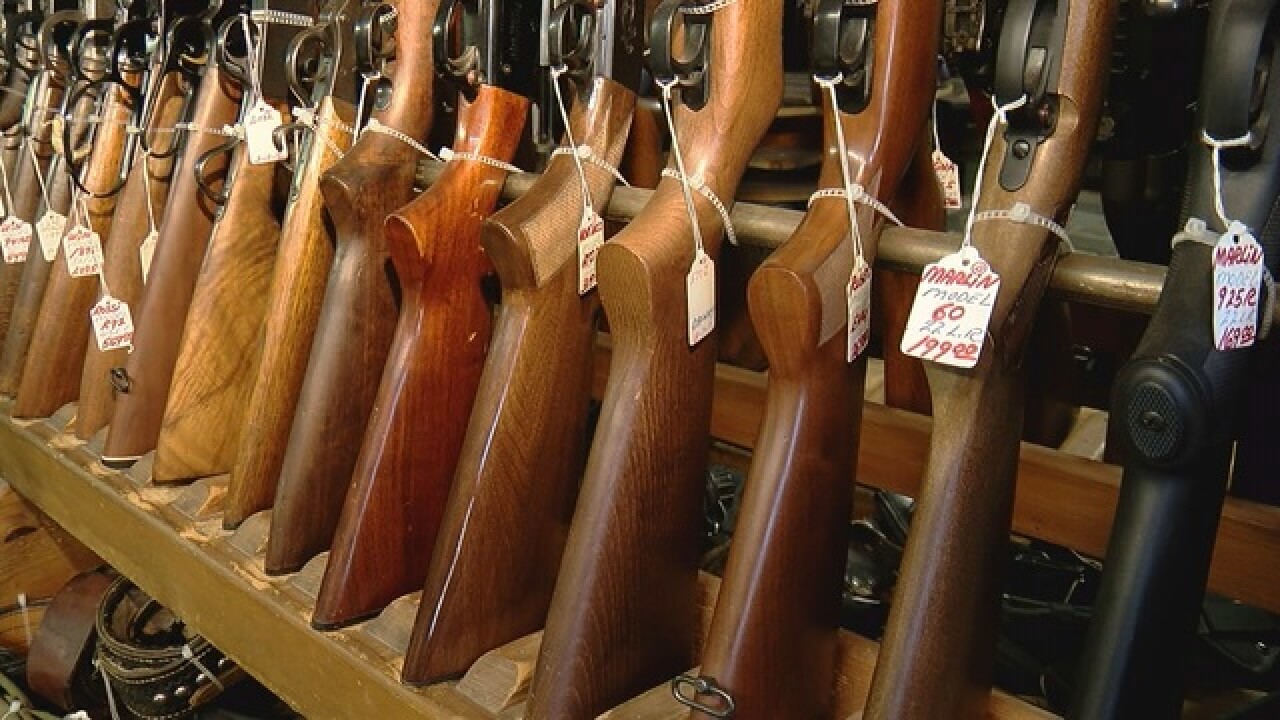 The Tucson Police Department is making big changes after a delayed gun shop burglary that happened at Frontier Gun shop back in November 2017.

The owner, Jim Sharrah was alerted by his alarm company and showed up to find the thieves in action after reporting the incident to the Tucson Police department.

Officers responded two and a half hours later.

The gun shop owner asked KGUN9 to look into the response times because he felt it was too long.

For the past six months, News Reporter Jennifer Martinez has been digging deep and gathering information to provide answers.

Tucson Police Chief Christopher Magnus sat down with KGUN9 and said the time it took officers to respond was unacceptable.

Back in November, Sharrah received a call from his alarm company at 4:30 a.m. that there was a glass break alarm at his gun shop on Grant and Country club, but no entry.

Sharrah tells KGUN9 when he arrived, "two men were loading guns into the U-HAUL truck."

Police reports show there was an altercation and fight between the burglars and Sharrah.

According to 911 records, the call dropped. Dispatchers attempted to get a hold of Sharrah twice but failed.

After no units arrived to 3156 East Grant Road, Sharrah called 911 a second time and reported his incident.

Operator: Did you find anyone in your business?

Jim Sharrah: I found them trying to clean my business out and they tore up my whole front door.

Operator: Did you see anyone

Jim Sharrah: I got their truck here.

Operator: Where's the person who broke in?

Jim Sharrah: I don't know I got the vehicle and they took off.

Operator: Did you already call in.

Jim Sharrah: I've been trying to call in for the last half hour.

Jim Sharrah: I don't I've been on hold for half hour.

Sharrah says that despite the wait, there was still no response from officers.

At 6:16 a.m. --- nearly, an hour and eight minutes after Sharrah's initial call, the alarm company makes their first call to 911 in hopes of getting a unit to respond.

Alarm Company: So it looks like we had burglary alarm at Frontier Gun Shop, we called the customer first and it looks like they got there and they walked into a burglary in progress.

Operator: We already have the call in place.

Alarm Company: They need police there.

Operator: I understand that. We have a call in place and we will be there as soon as we can.

At 6:49 a.m. after waiting more than two hours for police, the wife of the gun shop owner, Margie Sharrah calls 911. She tells KGUN 9 she was livid at the lack of response times from the men and women in blue.

Frontier Gun Shop: This is Margie at Frontier Gun Shop and we've been waiting for 2 hours. We were broken into, we have the truck out front, the doors broken into - I'm standing out here with a gun in my hand so they don't come back is anyone going to come.

Operator: Ma'am we have your call in place, we'll get an officer out there as quick as possible.

Margie Sharrah: Well, this is ridiculous...two hours from a gun shop - you know you guys used to be here in 5-minutes for stuff going on.

Operator: We have a lot of calls and a lot of priorities going on we'll have an officer there as soon as possible.

Operator: We'll have an officer out there.

KGUN9 sat down with the Police Chief Chris Magnus to get answers. He says, "I do agree that the time was unacceptable and that's not how we want to provide service."

Magnus says, "I think there were some real communication break downs that contributed to this, but all of this aside I agree this was not handled well."

Police say that 911 calls are prioritized, crimes that are over and the suspects are no longer there are not as urgent as crimes still in progress.

Chief Magnus said that some of this comes back to mishandling of calls. While the suspects left the scene of the crime, Sharrah walked in on a burglary in progress and it was a gun shop with the U-HAUL still at the location filled with more than 20 guns attempted to be taken.

On the day of the crime, Tucson Police confirmed there were 6 officers on duty in the Midtown division, all of which were on other calls.

• 2 officers on a domestic violence call

• 3 officers responding to an unwanted person at a convenience store

Magnus said that throughout the City of Tucson there were 27 officers.

"One of problems that morning was that we should have been pulling officers from other areas of the city or even officers within that particular division who are on lower priority calls to respond to that gun shop," says Magnus.

Magnus admits his department is not where they want it to be, but since this story broke there has been improvements in the 911 call service.

"What we attempted to do since November is learn not only from this call but we are aware that there are aspects of our response that aren't always ideal. Some of that related to staffing, related to protocol, changes going on in the dispatch center and a lot of areas to work on --- doing our best to work on it.

Magnus says that recently the Tucson City Council approved a budget that calls for more police officers to be hired --- also in order to retain them -- better compensation.