Tucson: March for Our Lives 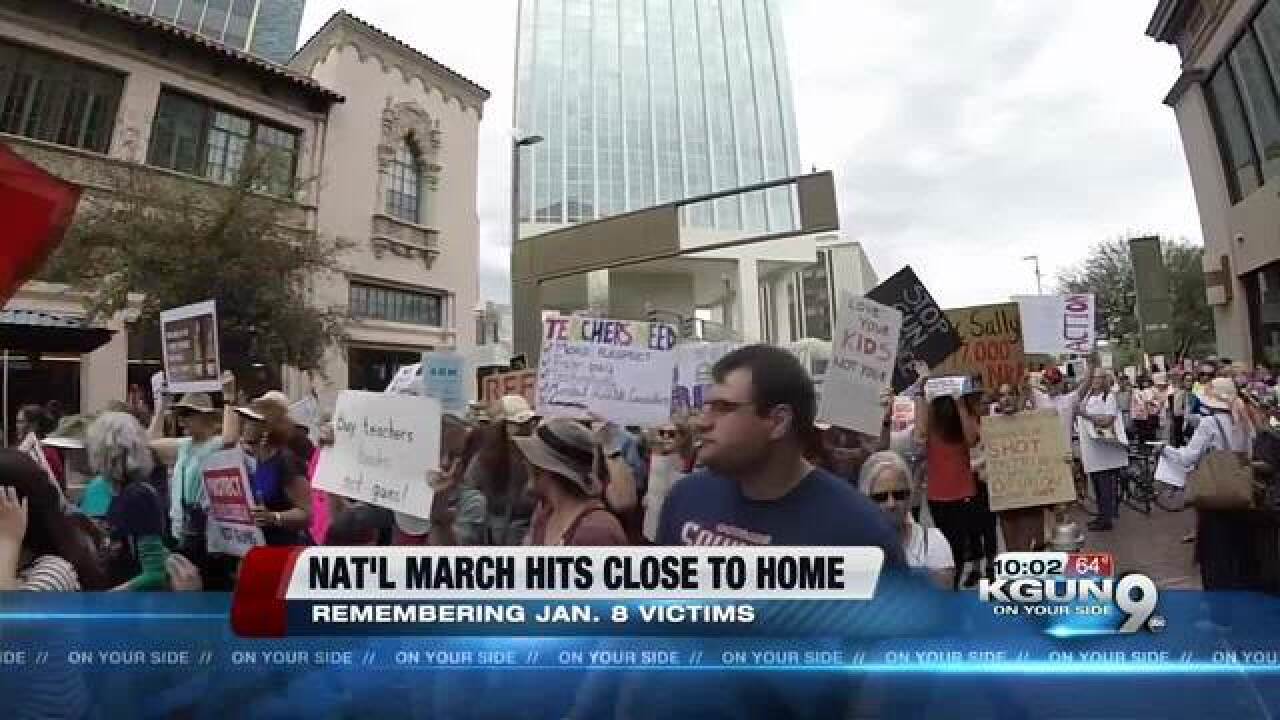 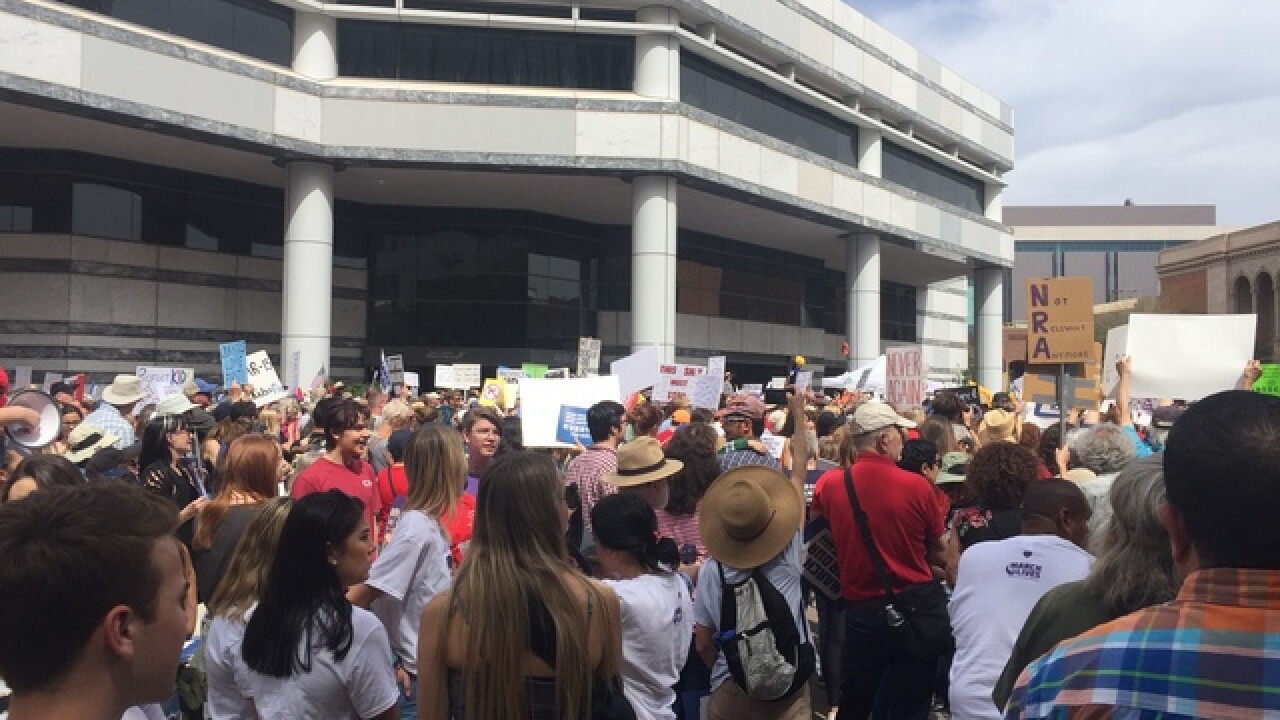 Tucsonans took to the streets and joined the nation in the "March for Our Lives" movement.

Between 7,000 and 9,000 students, parents and others marched on Saturday to make a statement on gun control and gun violence on campus. This comes after the most recent school mass shooting in Parkland, FL that killed 17 people.

One young woman who marched said she was there today so no students will feel unsafe going to school. Rebecca Shanks says, "I can't remember a time when we didn't have to have lock down drills to stay away from a school shooter."

Shanks says the kids who came out to the march "know what it's like to hide in that situation and don't want to see anymore students have to hide and feel unsafe in schools."

A number of speakers got on stage at UA mall in front of thousands to have their voices heard.

And even though this is a national movement, the call on Congress hits close to home in the Old Pueblo.

Christina Taylor Green was shot and killed in the January 8th, 2011 shooting in Tucson. Green was one of 6 people killed that day at an event for former Congresswoman Gabrielle Giffords at Safeway.

Green's mom, Roxanne Green was at the March. She says, "I'm very hopeful. I say love and hope wins all the time. It's happy, sad, I wish we didn't have to do this. I wish we never met because, you know, I wish [Christina] never got shot and my daughter wasn't robbed of her life, but we're very hopeful and we're going to get it done. "

Roxanne had one message for all the student activists across the country: "We're going to keep on fighting until we die."

She says she really hopes this national movement is the breaking point. She also says she's "really impressed" by the kids from Parkland, FL and all the kids throughout the United States who are fighting for a change.

Green would have been a sophomore at Canyon Del Oro High School. One of her classmates said when Green was killed, students "were not old enough necessarily to speak to our lawmakers, to understand political processes, and to speak our and use our voice."

Students across the country, including in Tucson, were a part of a National Walk-Out. It happened on the one month anniversary of the Parkland, FL shooting and lasted 17 minutes; one minute for every victim.

But at Canyon Del Oro High School, students had 18 minutes of silence during their walk-out. 17 for the Florida victims, and one minute for Christina.

What comes after the March for Our Lives?

Students are being heard from coast to coast, but the March is only one day out of 365. That's why Mark Kelly, husband of former Congresswoman Giffords, is encouraging students who are old enough to register to vote.

register to vote and then show up and vote. - Mark Kelly

Kelly spoke to the Tucson students organizing Saturday's march. And while he says the march is important, he told them, "what's also equally important is to, for those of you who are old enough, to register to vote and then to show up and vote."

He went on to tell the students that the people they elect to office are going to care about their commitment to marching in the streets of Tucson. However, Kelly says the elected officials will care about having their voices heard in upcoming elections even more.

Former Congresswoman Gabrielle Giffords and Kelly were in Washington for March for Our Lives. She says she wants all students activists around the country to know that both of them are "so impressed and inspired" by them.

Giffords also tweeted, saying "After I was shot in 2011, I didn't know what the next day would bring, but I knew I had to push on. Our fight does not end at the #MarchForOurLives. We need to keep speaking out. We need to organize. We need to vote!"

Where was the March for Our Lives in Tucson?

The march started at Jacome Plaza at 11 a.m. and ended at UA mall. The parade of people made their way North on Stone Avenue, turned onto 6th street and then onto 4th Avenue. They marched east on University Boulevard until they reached UA mall where people rallied until about 4 p.m.