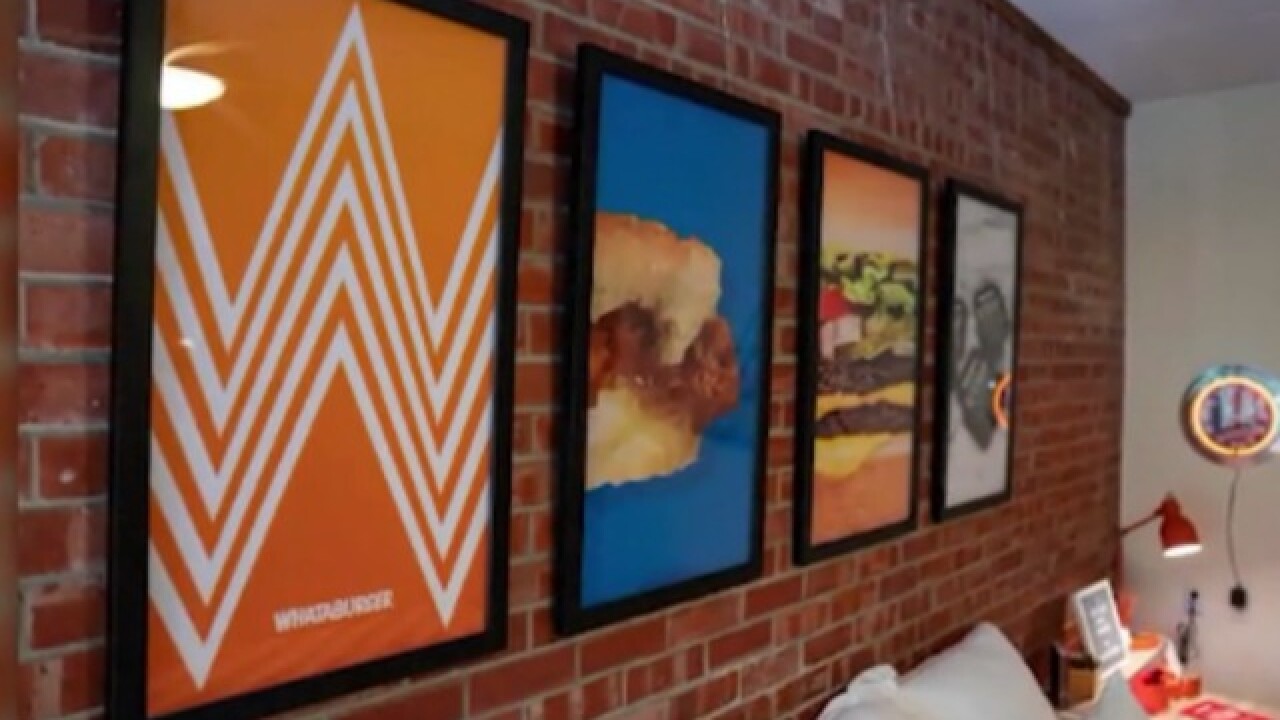 One Whataburger fan is now living in a fantasy after the Texas chain decked out the Trinity University junior's dorm room.

According to a Whataburger press release, Enrique Alcoreza was a resident assistant at Trinity University in San Antonio and decked out his hall with handmade Whataburger signs and logos.

Because of his dedication, Whataburger decided to thank the super fan by decking out his dorm room.

This is the dorm room of my Whataburger dreams pic.twitter.com/h341Uq4W8n

Whataburger says some of the items were custom made for Alcoreza and will not be available online. However, there are some things fans can buy on the online store.