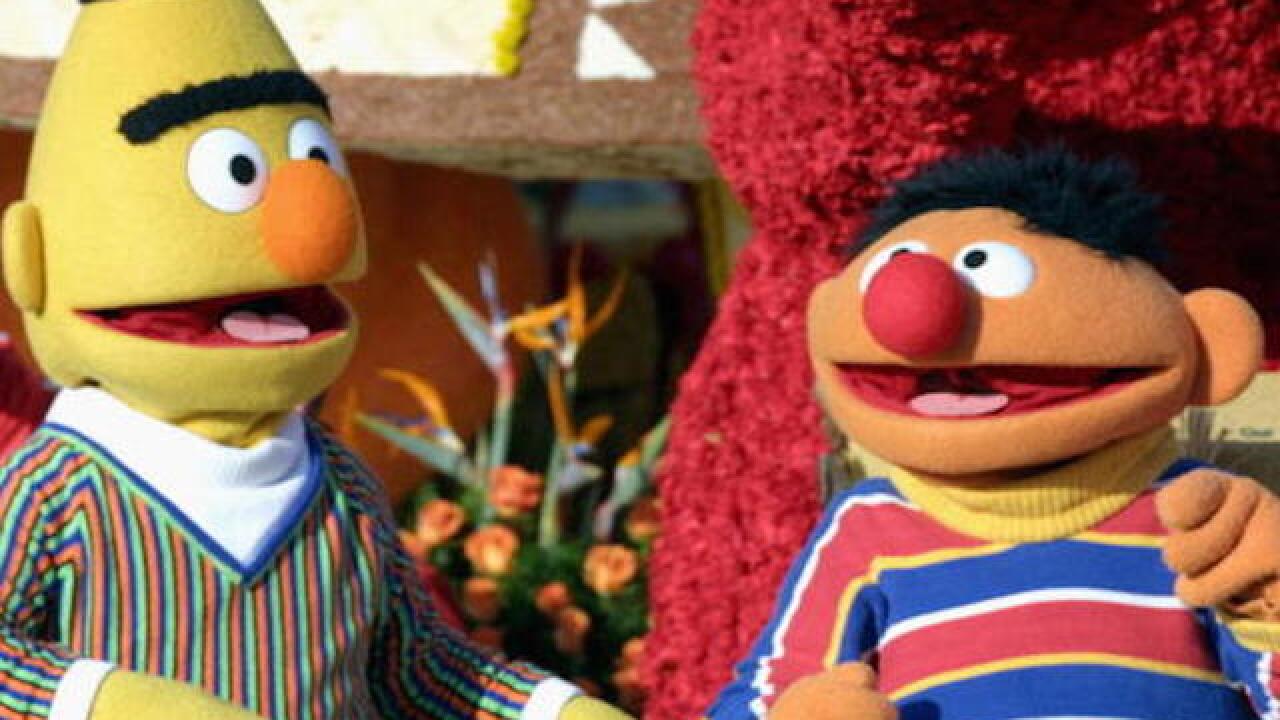 In a statement, Sesame Workshop was prompted to address the famous puppets' relationship after a former writer for "Sesame Street" said his own relationship with another man inspired his writing of the characters.

"I always felt that without a huge agenda, when I was writing Bert and Ernie, they were [gay]," Mark Saltzman, who worked for the preschooler program for 15 years, told Queerty in an interview. "I didn't have any other way to contextualize them."

Saltzman added that he was already with his now-late partner of 20 years, Arnie, at the time he started with the show in 1984, "so I don't think I'd know how else to write them, but as a loving couple."

"I wrote sketches...Arnie's OCD would create friction with how chaotic I was. And that's the Bert and Ernie dynamic," he said.

After the interview renewed the discussion about Bert and Ernie's relationship, Sesame Workshop issued a statement saying they were merely "best friends."

"They were created to teach preschoolers that people can be good friends with those who are very different from themselves," the statement said. "Even though they are identified as male characters and possess many human traits, and characteristics (as most Sesame Street Muppets do), they remain puppets and do not have a sexual orientation."

The speculation about Bert and Ernie's relationship is not new.

In 2013, the New Yorker suggested the nature of their relationship might be romantic by using a silhouette of characters in their likeness on the cover about the Supreme Court ruling on gay marriage.

Two years earlier, a petition was circulated urging the pair to marry. At the time, Sesame Street Workshop posted a statement on its Facebook page insisting, as they did Tuesday, that the characters were just "best friends."

Bert and Ernie were created by Jim Henson, who died in 1990.