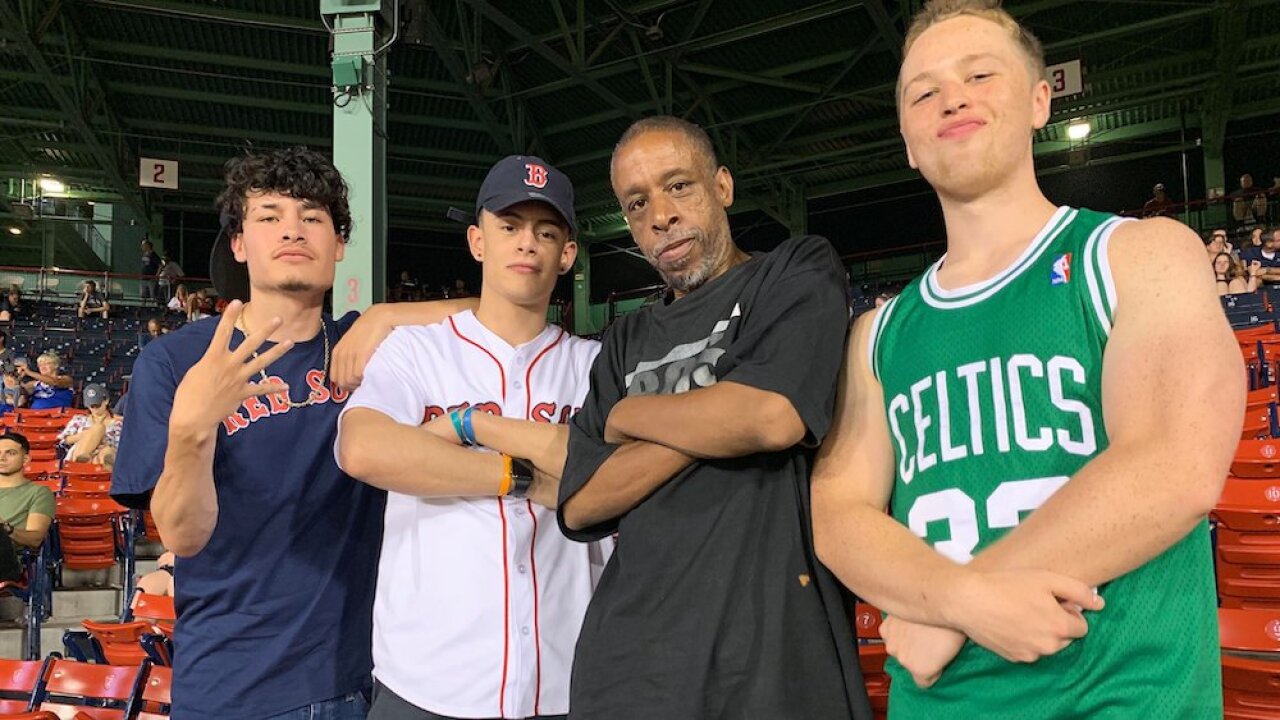 Three friends with an extra ticket were heading to Tuesday's Boston Red Sox game, looking for someone to give it to.

Sean Wetzonis, Pedro Lugo and Francisco Rios and another friend, all from Malden, Massachusetts, had their whole evening planned out. They'd make the trek into Boston to watch their Red Sox play the Toronto Blue Jays at Fenway Park.

Then, at the last minute, a family emergency forced one of their friends to have to drop out.

"After our friend had canceled on us, we were all thinking about who else we could take," Wetzonis told CNN. "Pedro had another idea."

As they drove over, Wetzonis remembers Lugo saying he wanted to give it to someone who would value it. He then settled on giving it to a homeless person while they walked over to the ballpark.

"I wanted to take someone who would appreciate the ticket and have the time of their lives," Lugo told CNN.

So on the way, Lugo approached a man they said was homeless, who was named John.

"Hey man, I have some money but I also have a spare ticket to the Sox game," Lugo remembers saying to John. "It's all yours if you're interested."

So they headed to their seats: section 88, row NN, seats 5 through 8. John asked for a beer so they bought him one.

"I was fairly loud during the game, yelling as if the Sox could hear my cheers despite us being back in the grandstands," Wetzonis says. "John didn't seem to be much of a yelling type but really enjoyed the music and environment of the game."

In the bottom of the eighth inning, the Sox were down and the boys didn't believe they could mount a comeback. John told them he was leaving.

But first, they took a photo and shook each other's hands.

"He thanked us for everything and he expressed his gratitude," Lugo said.

Wetzonis says he hopes people remember that a small act of kindness can go a long way.

"Maybe [the game] helped alleviate the stressors that come with being homeless for the few hours at the game," he said.