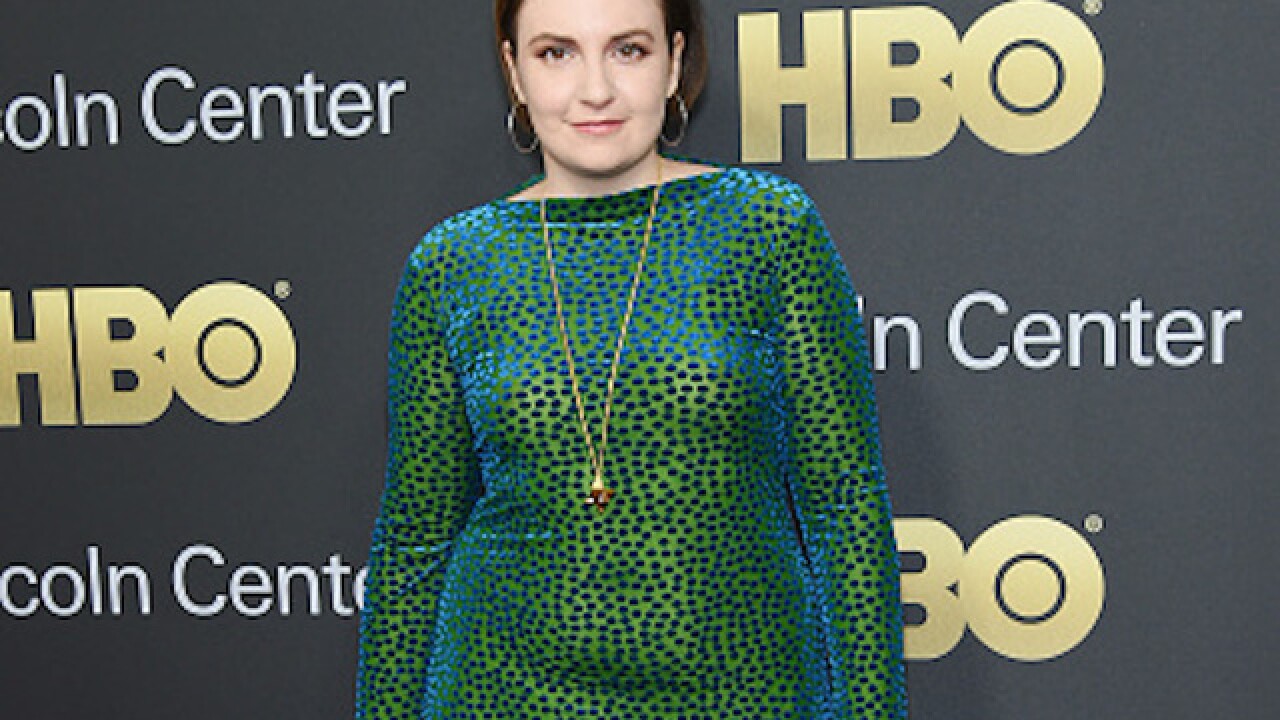 Lena Dunham got a lot of attention last year when she appeared in public looking svelte.

Now the actress has said she is heavier and happier.

The "Girls" star posted a split image of herself Wednesday showing her at 138 pounds in the past and now at 162 pounds.

The 24 pounds has made a difference, Dunham said.

"On the left: 138 pounds, complimented all day and propositioned by men and on the cover of a tabloid about diets that work," the caption on the photo read. "Also, sick in the tissue and in the head and subsisting only on small amounts of sugar, tons of caffeine and a purse pharmacy."

Dunham was hailed last March when she showed off a slimmer physique on a New York red carpet.

At the time, she shared her health regimen, which included yoga, on social media.

In 2015, she talked to espnW about how working out helped her deal with painful endometriosis and mental health issues, including anxiety and obsessive compulsive disorder.

"I value my health and my happiness," she said. "And I've realized exercise can give me both of those things."

In Wednesday's Instagram post, Dunham wrote that being heavier, she is "happy joyous & free, complimented only by people that matter for reasons that matter, subsisting on a steady flow of fun/healthy snacks and apps and entrees, strong from lifting dogs and spirits."

"Even this OG body positivity warrior sometimes looks at the left picture longingly, until I remember the impossible pain that brought me there and onto my proverbial knees," she wrote. "As I type I can feel my back fat rolling up under my shoulder blades. I lean in."