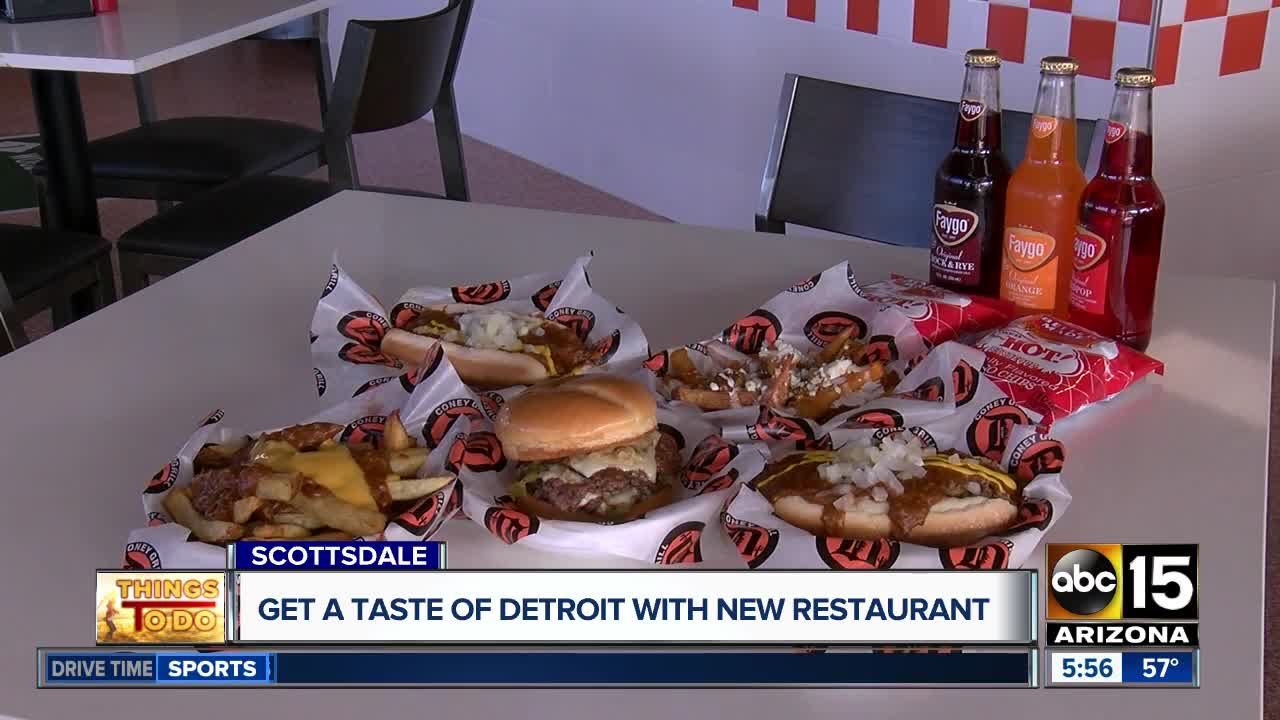 Those looking for a taste of Detroit-style coney dogs, loose burgers, or a hearty plate of chili-cheese fries, have another spot to pick those up in the Valley. Detroit Coney Grill quietly opened last weekend near Hayden and Indian Bend roads in north Scottsdale in the former "Killer Burger" space. Initally expected to open in October, it will celebrate its grand opening on Saturday, Dec. 7. 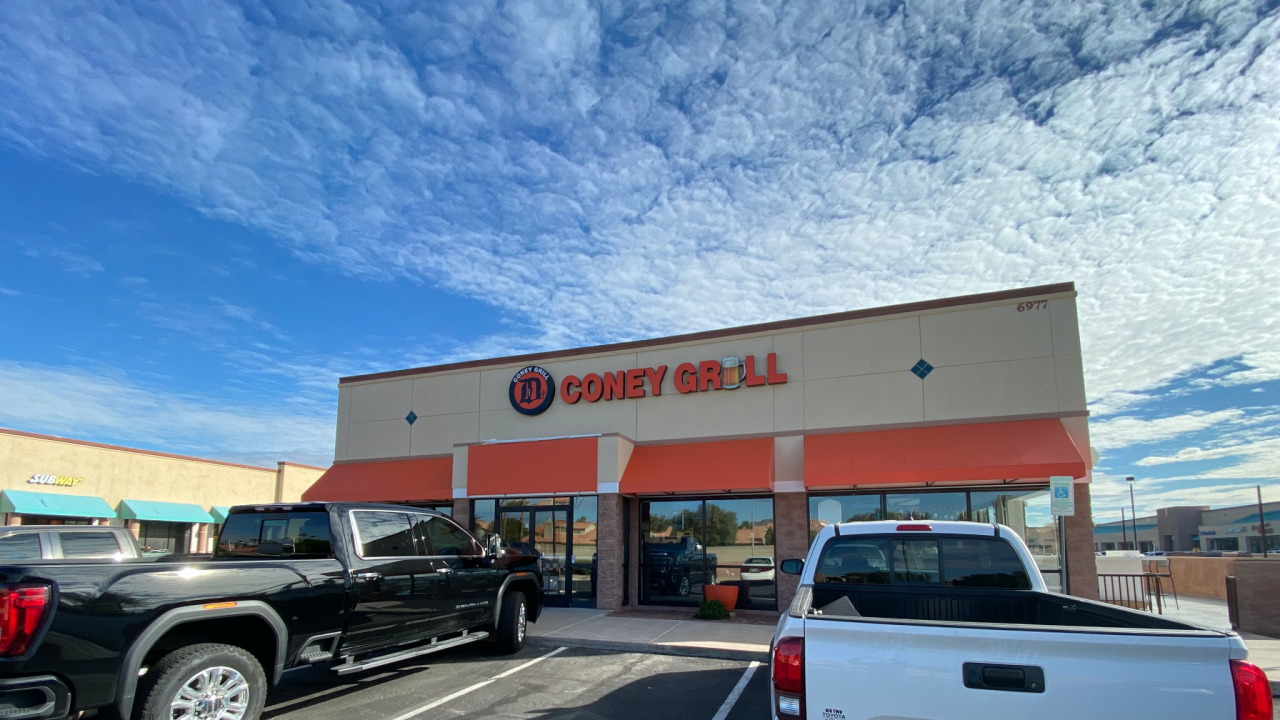 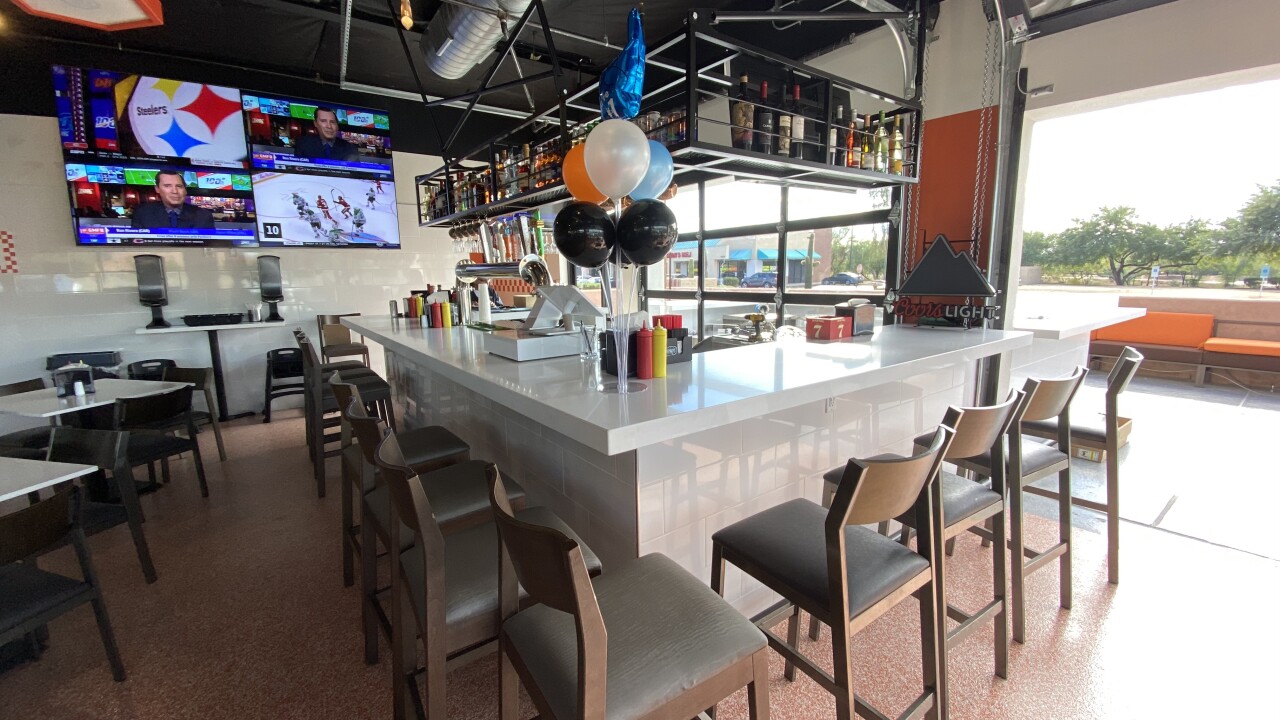 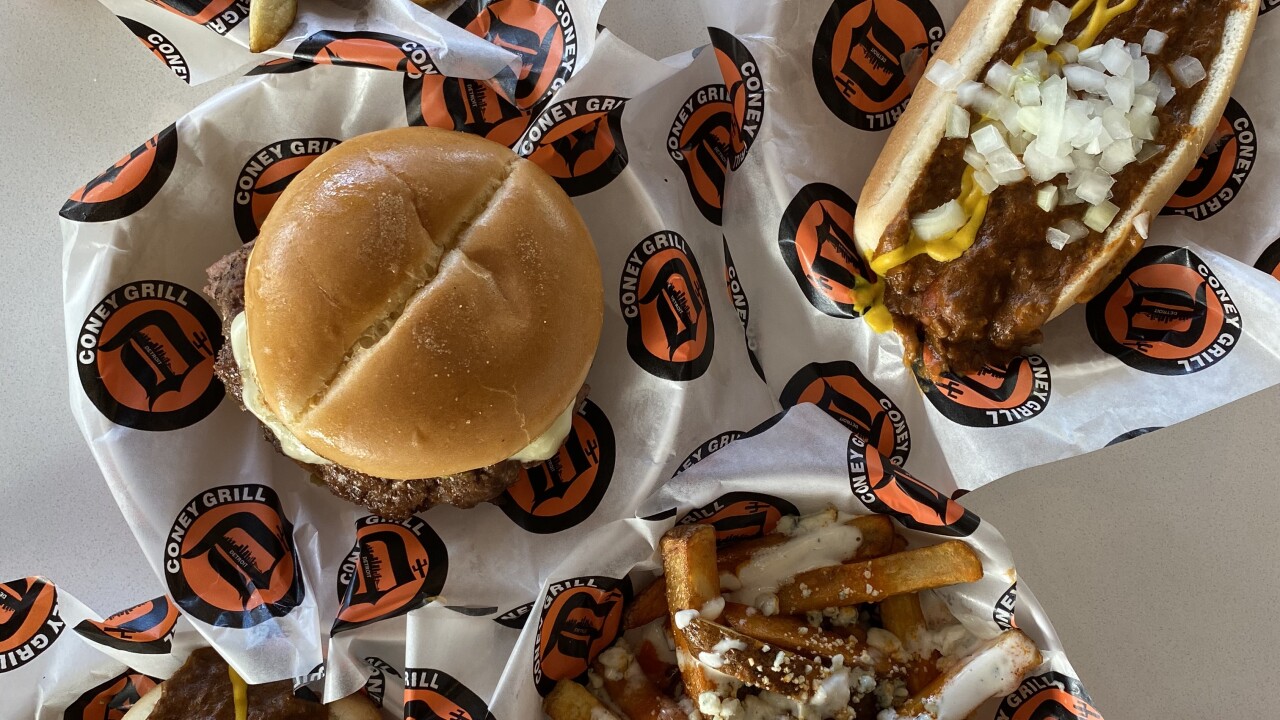 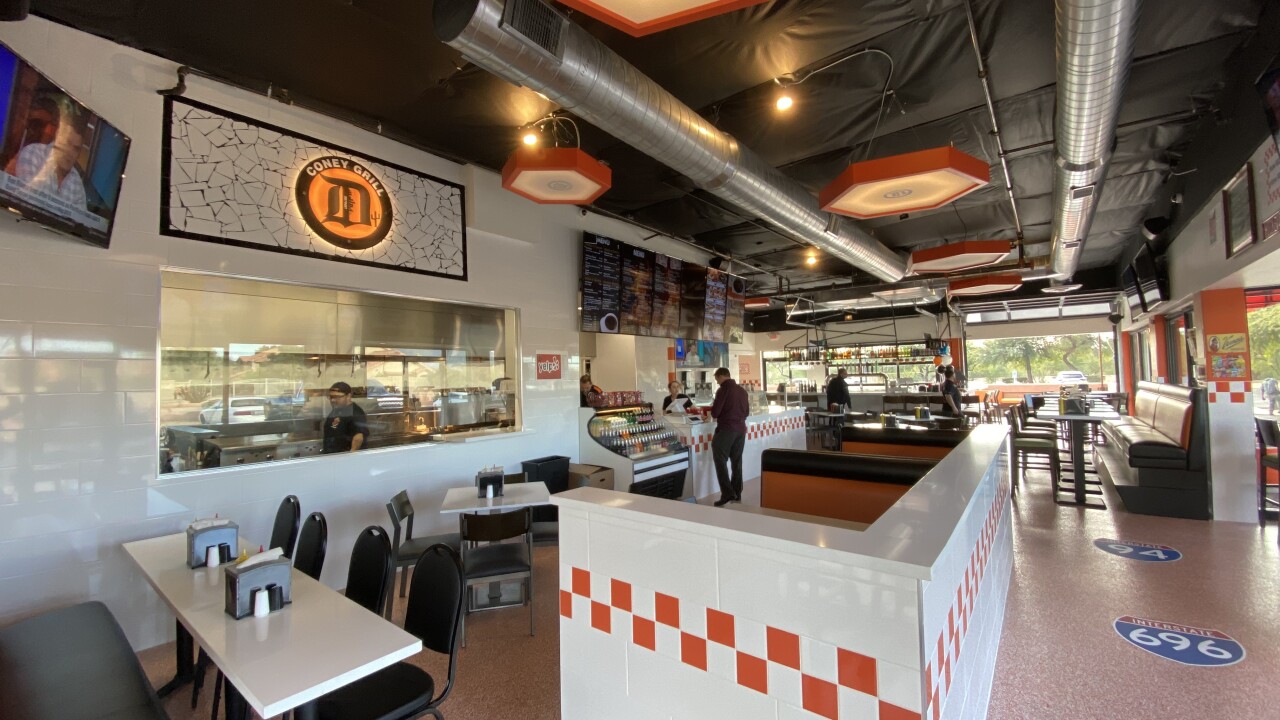 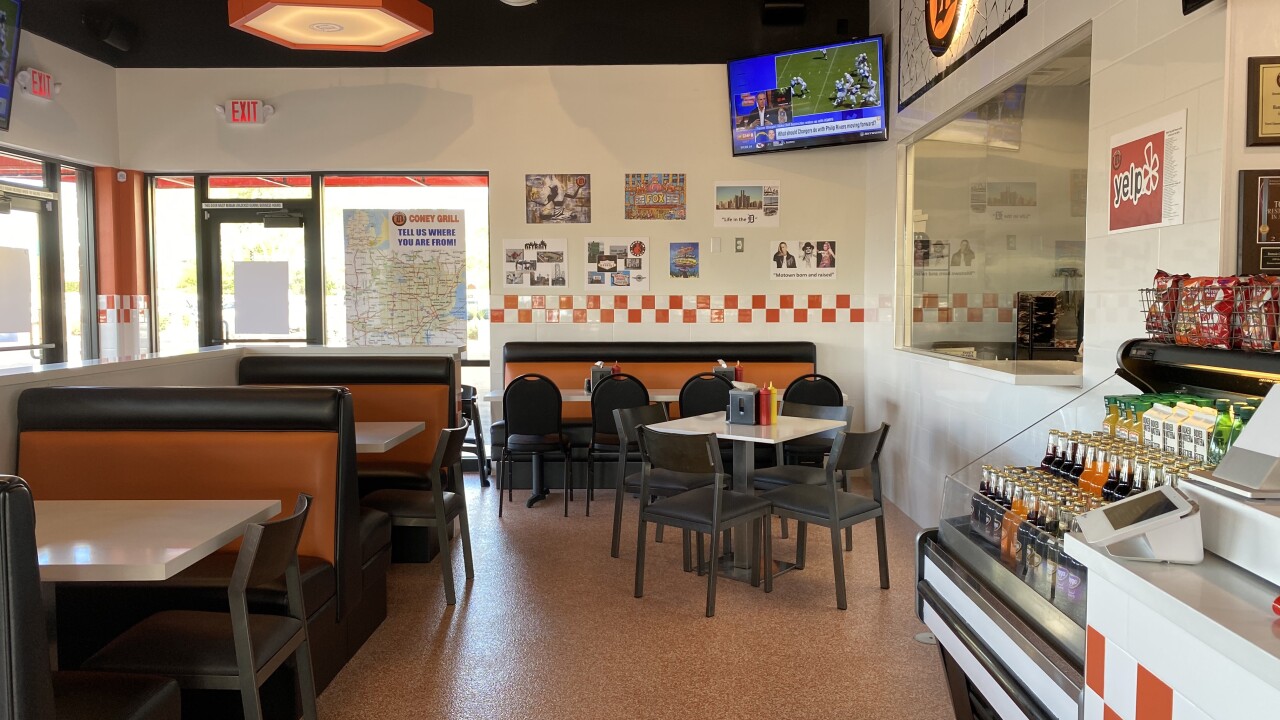 Those looking for a taste of Detroit-style coney dogs, loose burgers, or a hearty plate of chili-cheese fries, have another spot to pick those up in Phoenix.

Detroit Coney Grill quietly "soft" opened last weekend near Hayden and Indian Bend roads in north Scottsdale in the former "Killer Burger" space. Killer Burger shuttered its restaurant in May after a year in business.

Initially expected to open in October, Detroit Coney Grill will celebrate its grand opening on Saturday, Dec. 7. A private event was scheduled for Friday night.

"Our Scottsdale customers have been asking us for years and years to come," owner David Najor said in an interview with ABC15 earlier this week. "So, Scottsdale, you now have your own Detroit Coney Grill."

Unlike the two restaurants in downtown Phoenix and Tempe, the Scottsdale location is a full-service sports bar with an indoor-outdoor rectangular bar, two garage-style doors that connect the dining room and patio, and flat-screen TVs throughout. The patio is not open yet, but once it does, Najor said it will be completely covered, dog-friendly, have heating and cooling systems, misters, "real" outdoor furniture, and TVs.

"Our goal for this particular location is to be the neighborhood bar," he said. "But we're going to still be true to our roots and have the Detroit theme everywhere."

Aside from coney dogs and "loose" burgers, Najor also sells Faygo pop, Better Made chips, Vernors ginger ale, and Sanders fudge, all Detroit staples. (Vernors was sold to outside companies in the 1960s and it now owned by Dr. Pepper Snapple Group, which is based in Texas. Faygo is still produced in Michigan and owned by National Beverage. Sangers was sold to Kar’s Nuts, a Detroit-based company, in 2018).

For those with a sweet tooth, he also has "superman" ice cream.

The 3,000-square-foot Scottsdale location will also serve breakfast, including omelets, skillets, and burritos, which the other locations do not have. The menu also features a selection of pitas, gyros, burgers, salads, and wings.

For those unfamiliar, a Detroit-style coney dog is a hot dog placed in a steamed bun, topped with chili, mustard, and onions. Najor said his hot dogs are wrapped in a sheep-skin casing, which gives them a nice "snap." A Flint-style coney dog, apparently coined in Flint, Michigan, is a less saucy version of a Detroit coney. The hot dog is topped with ground beef, mustard, and onions, said Najor.

The "loose" burger is ground beef, chili, mustard, and onions served in a hot dog bun instead of a hamburger bun.