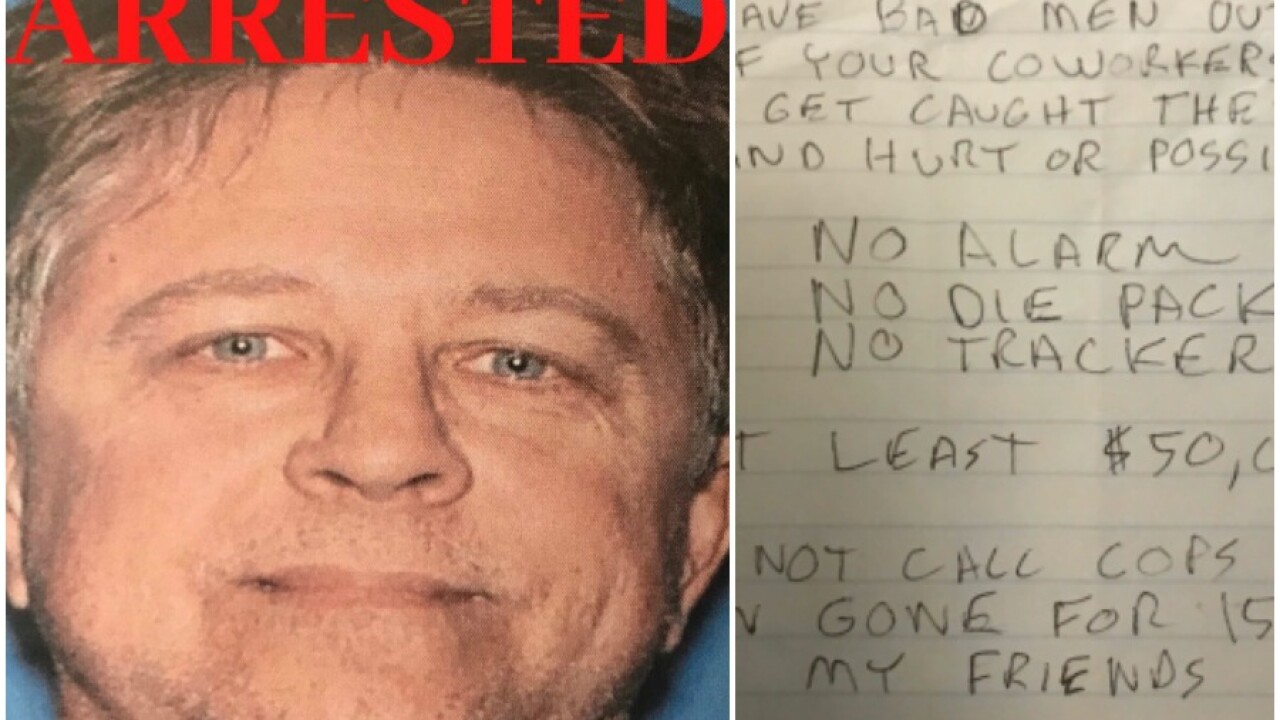 Glendale police say a wanted bank robbery suspect has been taken into custody.

Police say 51-year-old Richie Hayes entered the bank with a note demanding cash. He said he had a weapon and was able to leave with an undisclosed amount of money before making his getaway on a beach cruiser bike.

Police say surveillance video showed Hayes riding through the parking lot on a teal and purple bicycle as a pink dye-pack explodes, leaving a cloud of color that follows him.

He was then seen on video riding to a white pick-up truck in a nearby fitness center parking lot, where he loaded the bike and drove away on Bell Road.

Hayes allegedly admitted to the robbery and told police that he went to a casino to attempt to exchange the dirty money in machines.

While Hayes was still on the run, he was spotted on security cameras at Desert Diamond Casino, where he passed stoen cash marked with red dye into a gaming device.

"When the suspect returned on Jan. 24, TOPD and casino staff were ready. He was quickly identified by surveillance, and TOPD officers followed his vehicle to make a high-risk traffic stop at 91st and Olive Avenues in Peoria, where the suspect was detained and turned over to Glendale Police. TOPD detectives have charged the suspect on state money laundering charges, while the Glendale Police Department and FBI are addressing the bank robbery charges," Tohono O'odham Police said.