It's a tie! Carrie Underwood, Thomas Rhett both win top prize at ACMs 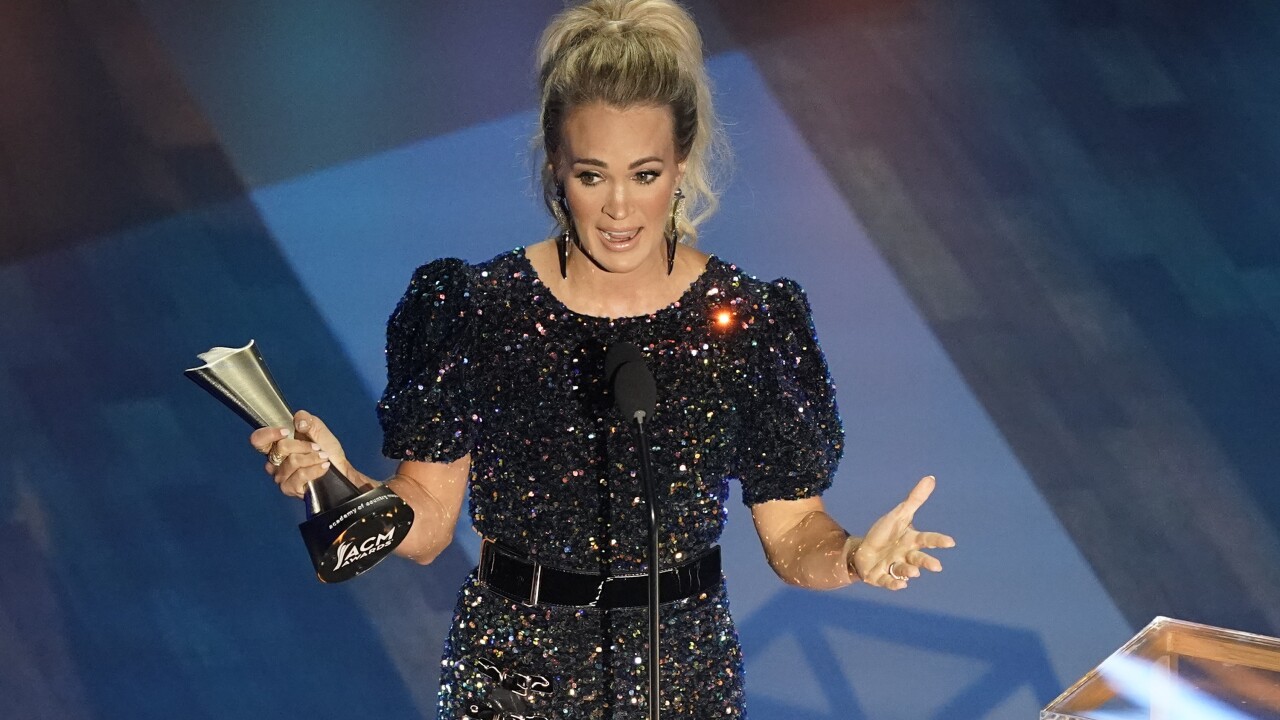 Copyright 2020 The Associated Press. All rights reserved
Mark Humphrey/AP
Carrie Underwood accepts the entertainer of the year award in a tie with Thomas Rhett during the 55th annual Academy of Country Music Awards at the Grand Ole Opry House on Wednesday, Sept. 16, 2020, in Nashville, Tenn. (AP Photo/Mark Humphrey)

NASHVILLE, Tenn. (AP) — In a surprise twist that fit an unexpected year of firsts, Carrie Underwood and Thomas Rhett tied for entertainer of the year at the Academy of Country Music Awards.

“Keith, what is happening right now?” Rhett asked, astounded, before thanking his family.

Underwood appeared right after him remarking, “2020, man?” before adding, “I am more than happy to share this with Thomas Rhett.”

Underwood has won the prize twice before, while Rhett is a first-time winner in the category.

Luke Combs walked away a winner, too, by picking up album of the year and male artist of the year.

Taylor Swift made a subdued return to the ACM stage with an acoustic performance, her first time back at the awards show in 7 years.

The show had been delayed and moved from Las Vegas to Nashville due to the pandemic and was held in empty venues.