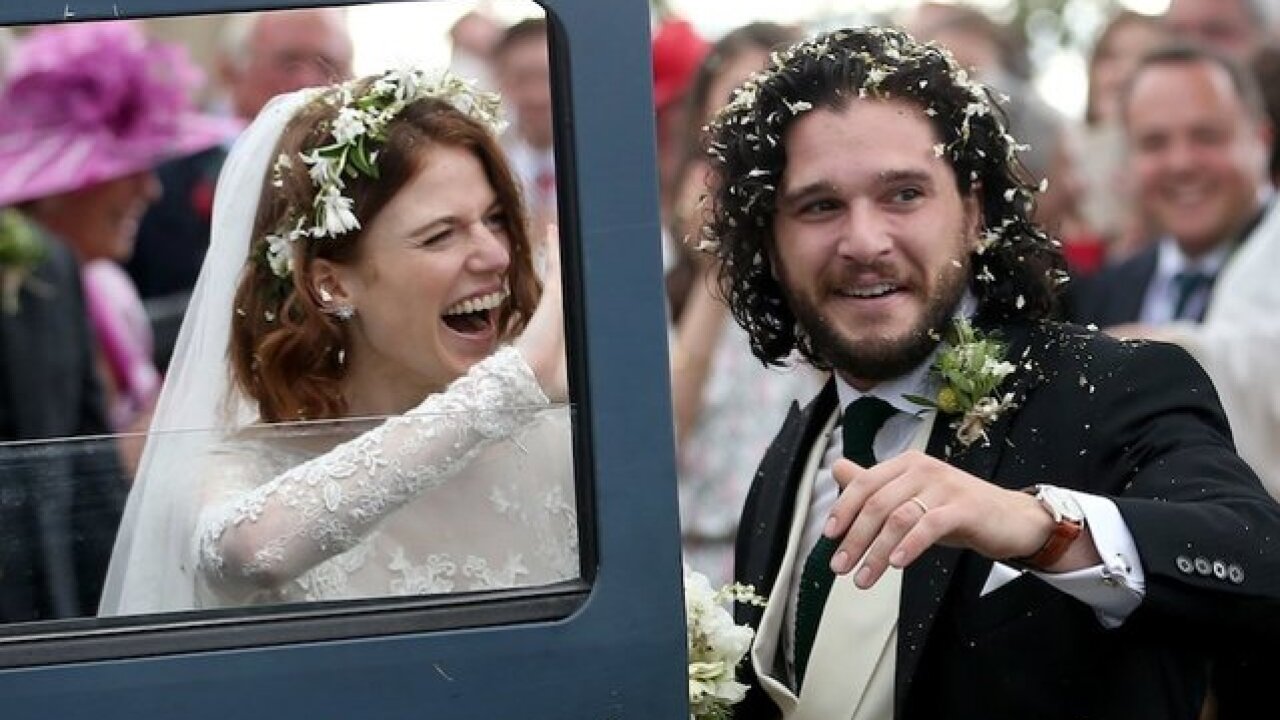 It was a match made in Westeros when "Game of Thrones" actors Kit Harington and Rose Leslie tied the knot Saturday in Aberdeen, Scotland.

Harington and Leslie announced their engagement in September in The Times of London.

Harington plays Jon Snow on the hit HBO series, which will air its final season next year.

Leslie portrayed Ygritte, a courageous warrior and Snow's on-screen love interest, until the character was killed off in the fourth season. (WarnerMedia is the parent company of both HBO and CNN.)

The actors, who are both 31, have been dating for several years but have kept their relationship fairly low key.

They went public as a couple in 2016 on the red carpet at the Olivier Awards in London.

In October, Harington admitted his proposal was a little more subdued than he had originally planned.

"I was going to string up some lights in some trees and do all the romantic stuff, but we were in the country and we were sort of under this beautiful night sky and had a log fire burning and red wine and ... I popped my question a bit early," he said on Britain's "The Jonathan Ross Show."