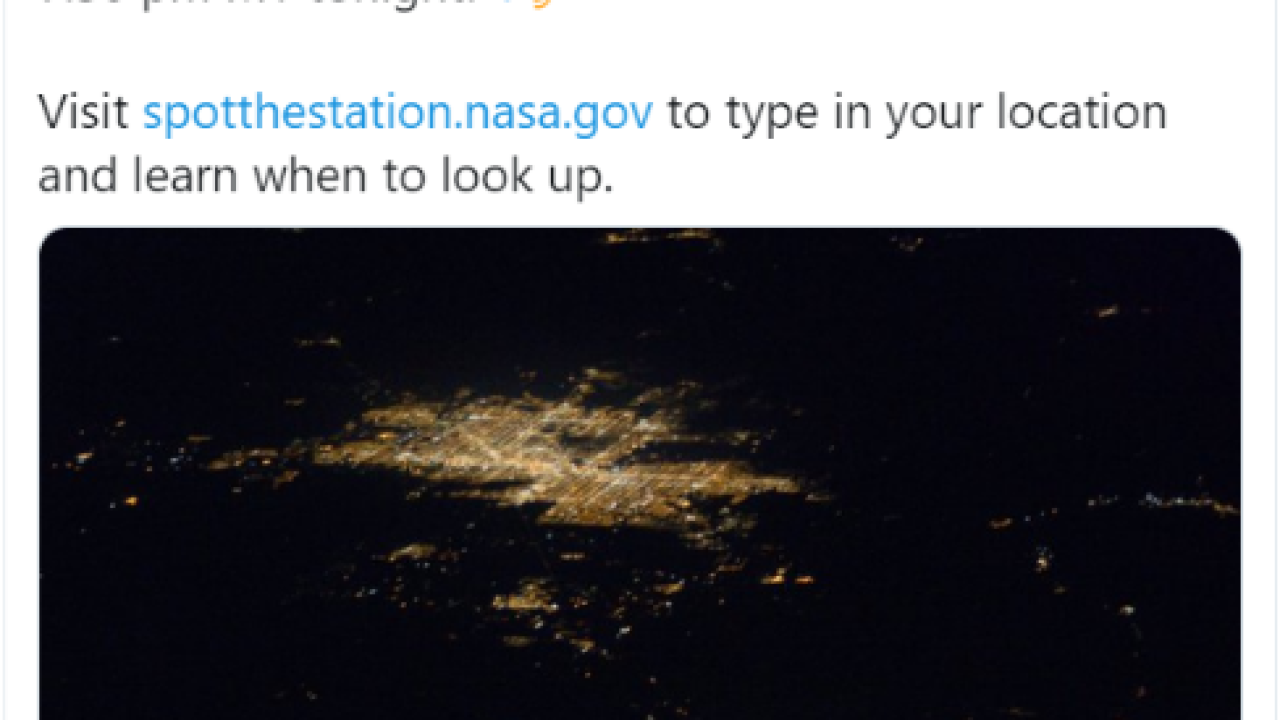 Keep your eyes to the skies for the next few days! The International Space Station is making an appearance over Arizona.

The ISS tweeted to the Phoenix and Tucson area Sunday morning that "the space station will make an appearance in your skies around 7:50 pm MT tonight!"

Looking bright down there, Phoenix and Tuscon, Arizona! And we're looking bright up here -- the space station will make an appearance in your skies around 7:50 pm MT tonight! 🛰️

Visit https://t.co/oSsWTXxc2M to type in your location and learn when to look up. pic.twitter.com/NzJq4WqFYQ

Sunday night isn't the first night that the ISS has been visible from our area lately, but it's expected to have the longest viewing time of four minutes.

If you miss it, you can try again on Monday and Tuesday, April 6 and 7. It'll likely be only a few minutes of viewing time or less.

NASA has a website called "Spot the Station," where you can put in your area and see the best times to see the space station in the sky.

The site says, "it is the third brightest object in the sky and easy to spot if you know when to look up" and "it looks like a fast-moving plane only much higher and traveling thousands of miles an hour faster!"

See the specifics for your area here.