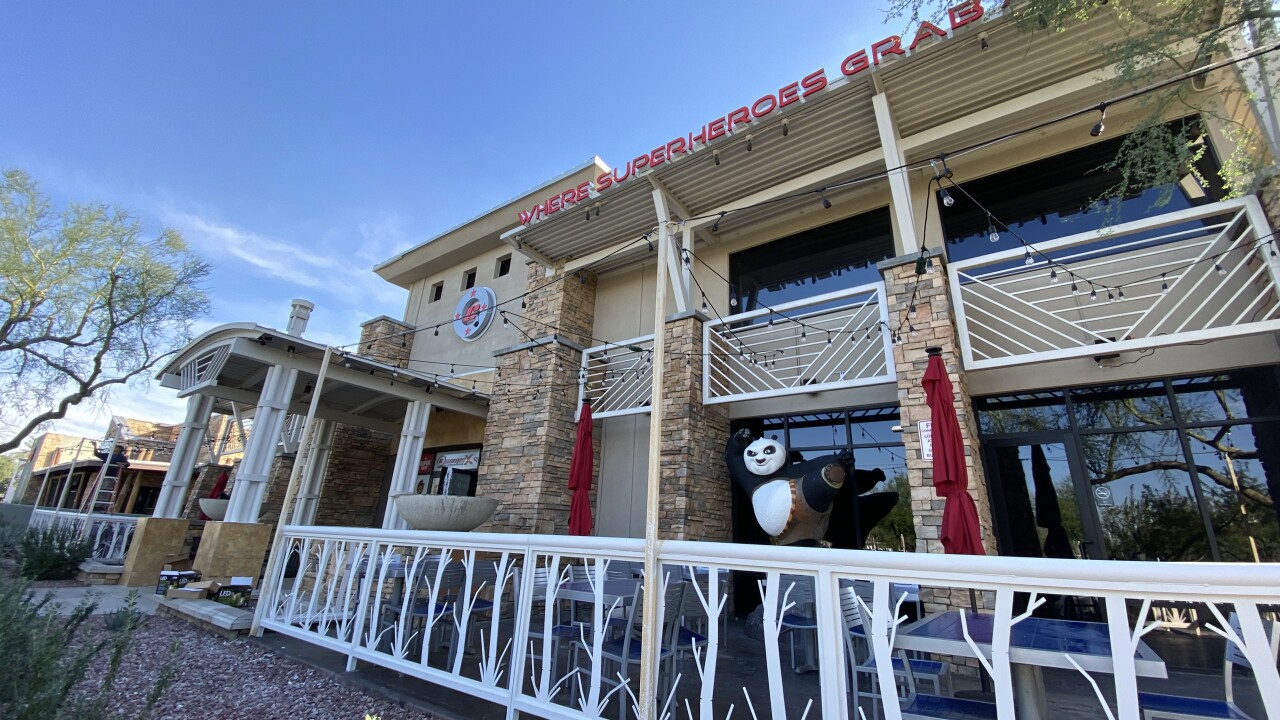 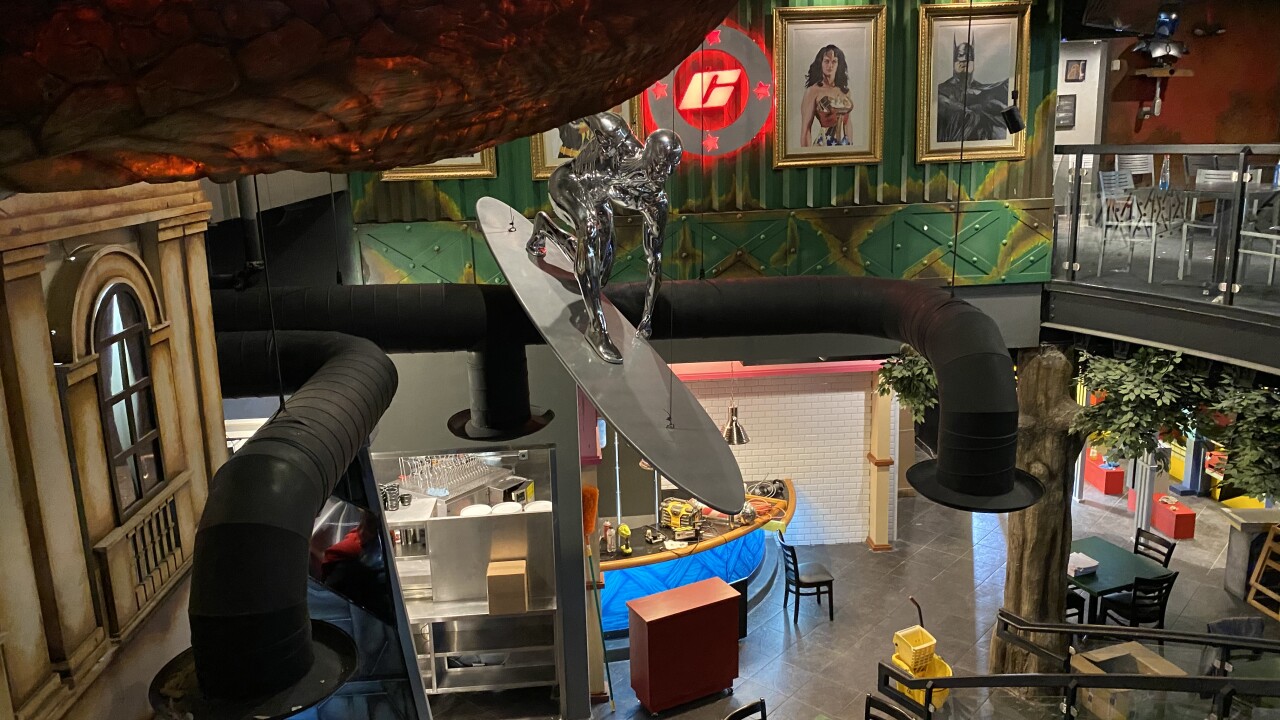 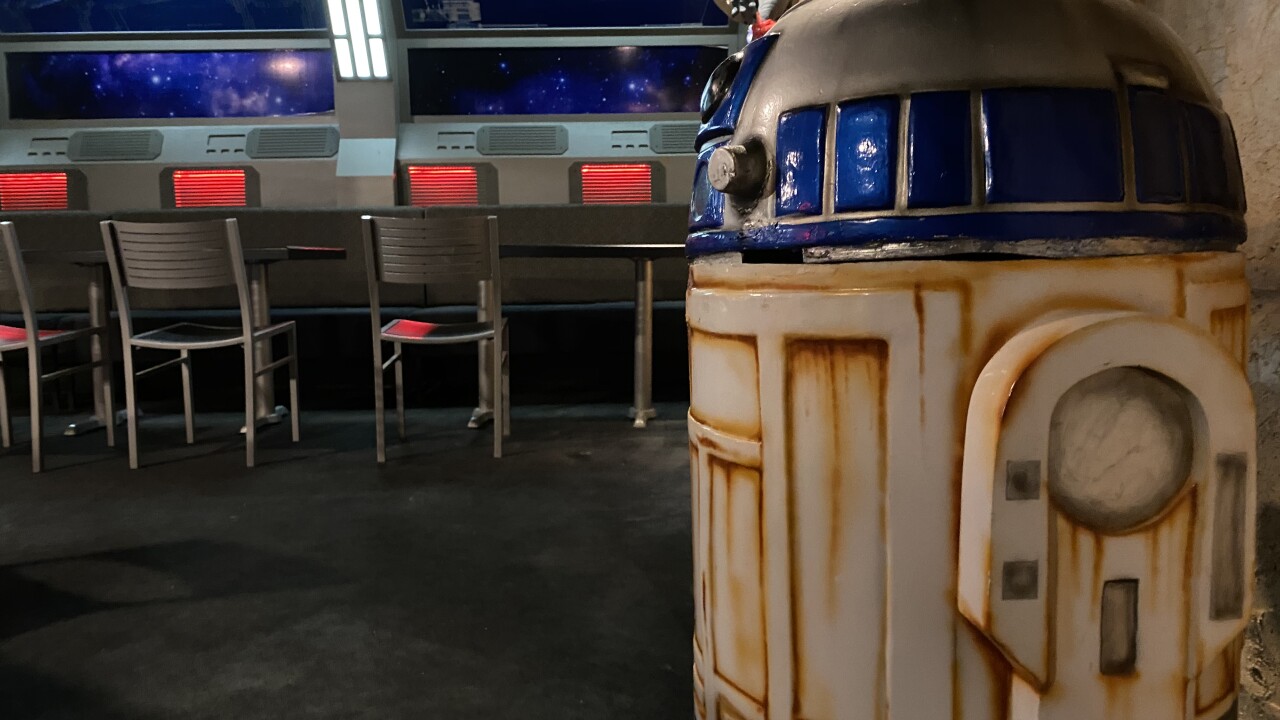 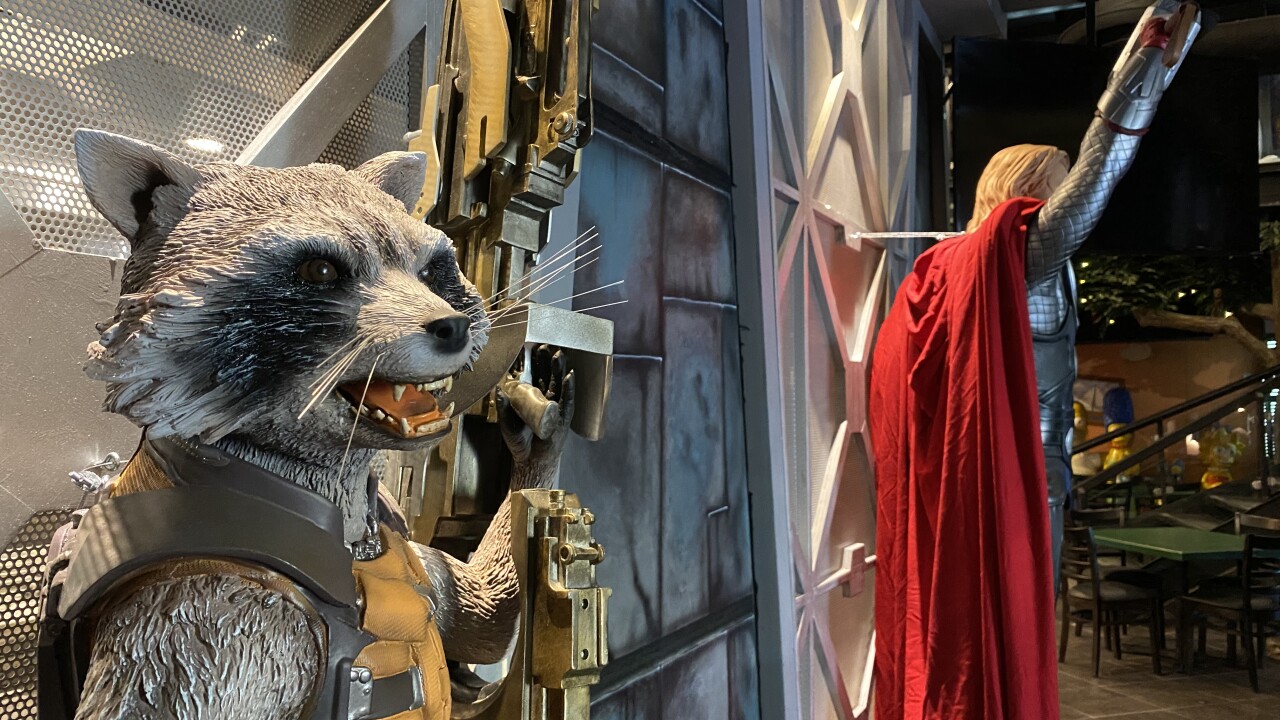 Editor's note (Dec. 3, 2019): ComicX has solidified its opening date. The comic book-themed restaurant will "soft" open on Wednesday, Dec. 4, 2019 at Desert Ridge Marketplace in north Phoenix, according to Martha Huerta, chief of operations. An official grand opening will happen sometime next year, she said. Normal hours will be 11 a.m. - 10 p.m., Monday - Saturday, and 11 a.m. - 9 p.m. on Sunday.

If you could grab a bite to eat -- or even a drink -- with a superhero or villain, who would you choose? Iron Man? Predator? Batman? Batgirl? Joker? Spider-Man? Thor? Hulk? Darth Vader?

What if you had the chance to hang out with all of them?

After months of construction, ComicX (pronounced like "comics"), is almost ready to open at Desert Ridge Marketplace in north Phoenix. The Mexico-based comic book-themed restaurant and bar is located between Sweet Tomatoes and Majerle's Sports Grill.

The 8,000-square-foot restaurant features more than a dozen life-sized statues of superheroes, villains, and other characters from popular comic books, TV shows and movies, including those listed above, as well as Captain America, Wonder Woman, Predator, Terminator, The Simpsons, and a Harry Potter-themed area near the bar.

There are two outdoor patios, one with a space marine and the other with a life-sized statue of Kung Fu Panda's Po, seating for more than 200 people; a U-shaped bar with a dozen or so seats; and a Star Wars-themed mezzanine with statues of Darth Vader, Yoda and, Jar Jar Binks. They will also have two game areas with X-Box and Wii consoles.

"It's a place where you can leave your problems and your worries out the door and just connect with that younger self," said Martha Huerta, chief of operations for ComicX, in an interview with ABC15.

Founded in Hermosillo, Mexico in 2010 by four friends, the brand has expanded to more than 25 locations in Mexico, she said. The one at Desert Ridge will be the first location in the United States, but it sounds like more are on the way (we'll get to that in a bit).

Unlike the ones in Mexico, Huerta said they added more technology and some immersive experiences to the location at Desert Ridge. For example, suspended near the mezzanine is a dragon whose eyes will illuminate. Also, near the entrance to the Star Wars-themed lounge will be a wall with projections on it.

It also acts as a store, Huerta said, because some of the items on display are actually collectibles with documented serial numbers and are available for purchase. She said customers can ask a manager for pricing.

WHAT TO EXPECT ON THE MENU

While based in Mexico, ComicX is not necessarily a Mexican restaurant.

The menu does have a "South of the Border" section with street tacos and fajitas, but a majority of the menu features more American-style cuisine, such as hand-tossed pizza, burgers, sandwiches, pastas, and salads (many of them have cheeky names, too, such as "Lord of the Onion Rings"). Main entrees include salmon, roasted chicken, fish and chips, and baby back ribs.

For appetizers, they have wings, shrimp, mozzarella sticks, sliders, and onion rings.

At the bar, they'll have three beers on draft, nearly a dozen others in bottles, and the drink menu has about a dozen cocktails.

A few sample cocktails include:

THIS IS THE FIRST. ARE MORE ON THE WAY?

It sure sounds like it. "We have really ambitious plans," said Huerta.

"We have already started looking for a second location here in Arizona," she said. From there, she said the brand could expand to California, Nevada, Texas.