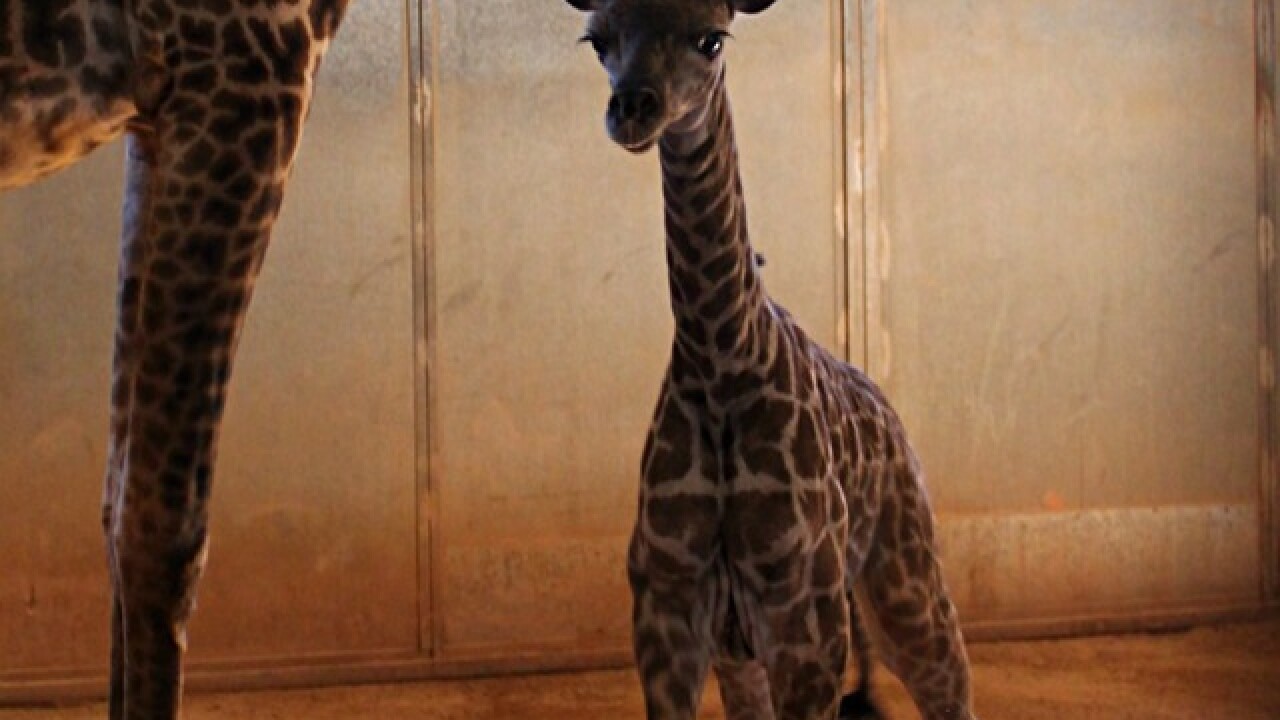 A baby Masai giraffe was born at the Phoenix Zoo last week, the zoo's second calf born in less than 12 months.

The not-yet-named calf was born on Tuesday, June 26, said Linda Hardwick, the zoo's director of communications.

"She is being extremely well cared for by her very protective mother, Imara," the zoo said in a news release.

The calf will remain with mom behind the scenes in the giraffe barn to bond and grow before being introduced to the other animals on the Savannah. It would be a "few weeks" before guests would be able to see her on exhibit, the zoo said.

Imara, the calf's mom was brought to the zoo in 2012 under the Masai Species Survival Plan with the hopes she would breed with Maguu, a nine-year-old giraffe, who came from the Los Angeles Zoo in 2010.

Maguu is also the father of Siku, a female giraffe who was born in September 2017. Her birth was the first baby giraffe to be at the zoo in 12 years, the zoo said then.

The zoo shared two short videos of mom and the calf. One video shows mom, Imara, giving the calf a quick neck bath. The second is of the calf seeming to stare directly at the camera and repeatedly moving her tongue.

The @PhoenixZoo welcomed a Masai giraffe calf a week ago.

She does not have a name yet.

We're told that mom is quite protective of the little one and that the two are bonding behind the scenes. It will be a "few weeks" until the calf is old enough to meet the other animals. pic.twitter.com/hWChSRVe1t

Next week, the zoo said it would release information on a contest to help decide the new calf's name.