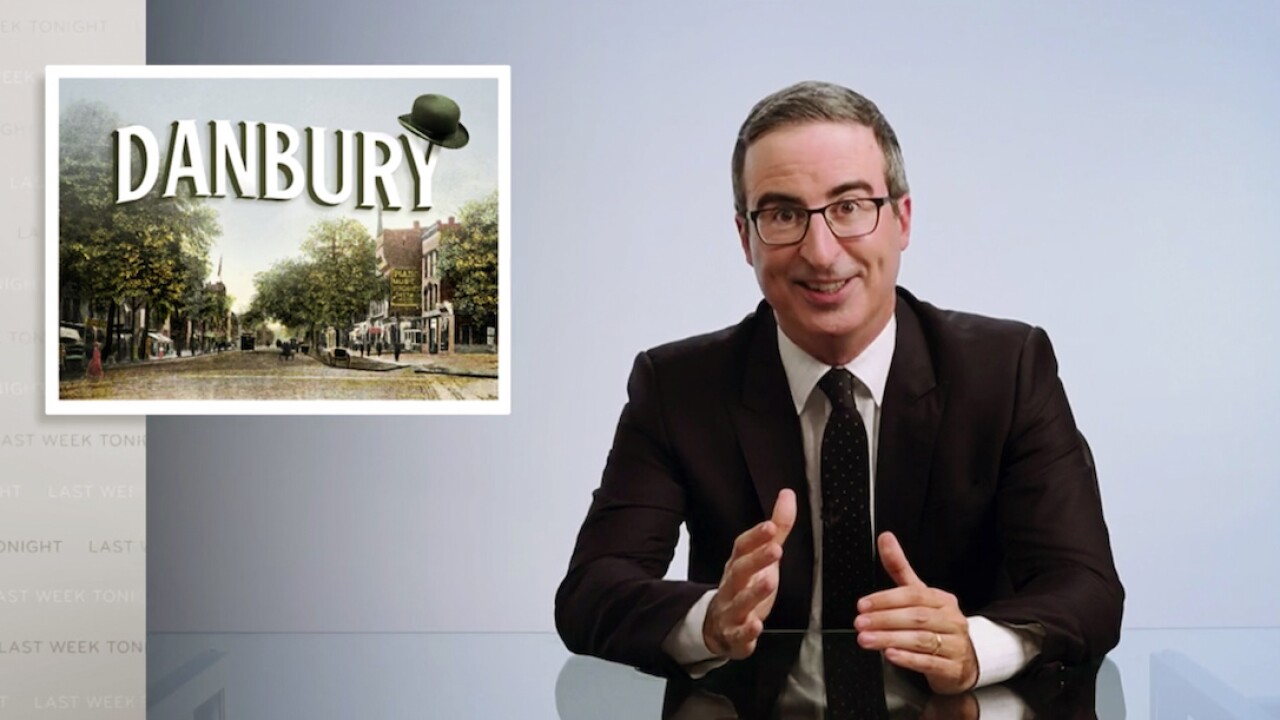 AP
This video frame grab shows John Oliver from his "Last Week Tonight with John Oliver" program on HBO, Sunday, Aug. 30, 2020. On Aug. 22, Danbury, Conn., Mayor Mark Boughton announced a tongue-in-cheek move posted on his Facebook page to rename Danbury's local sewage treatment plant after Oliver following the comedian's expletive-filled rant about the city. Oliver then offered to donate $55,000 to charity if the city actually followed through with it. On Thursday, Oct. 8, the Danbury City Council voted 18-1 to rename the sewage plant after the comedian. (HBO via AP)

The City Council voted 18-1 Thursday night to rename the plant after the comedian, who began a tongue-in-cheek battle with Danbury when he went on an expletive-filled rant against the city on HBO's "Last Week Tonight with John Oliver" in August.

In the August 16 episode, Oliver named off three things he knew about the time, one of which was a "standing invite to come to get a thrashing from John Oliver."

Mayor Mark Boughton responded by saying the city was going to rename the plant after Oliver because Oliver was full of the stuff the plant processes.

Boughton announced the tongue-in-cheek move in a video posted on his Facebook page.

"We are going to rename it the John Oliver Memorial Sewer Plant," Boughton said in the video while standing in front of the sewage plant. "Why? Because it's full of (crap) just like you, John."

Oliver offered to donate $55,000 to local charities if the city actually renamed the plant.