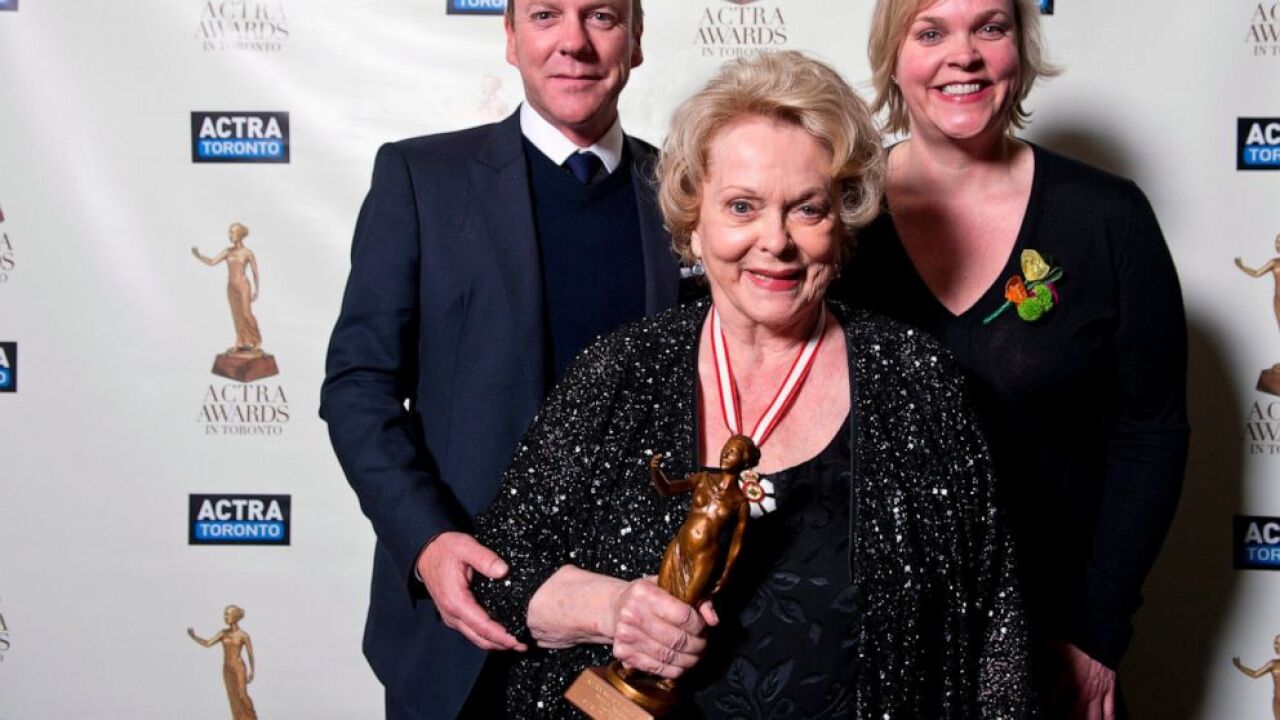 TORONTO (AP) — Shirley Douglas, the impassioned Canadian activist and veteran actress who was mother to actor Kiefer Sutherland and daughter of medicare founder Tommy Douglas, has died at age 86.

In addition to acting, Douglas tirelessly supported a variety of causes throughout her life, including the civil rights movement, the Black Panthers and Canada's public health care, which was pioneered by her politician father.

She won a Gemini Award for her performance in the 1999 TV film "Shadow Lake," and was an Officer of the Order of Canada, one of the country's highest honor.