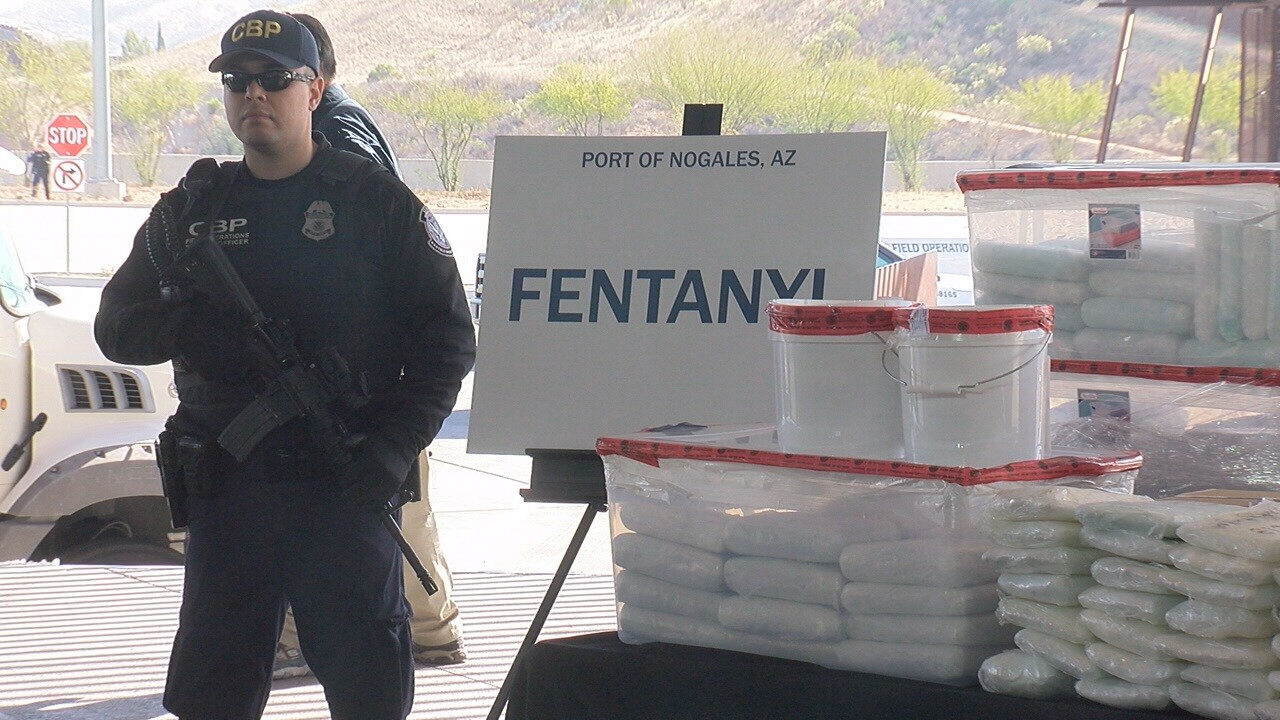 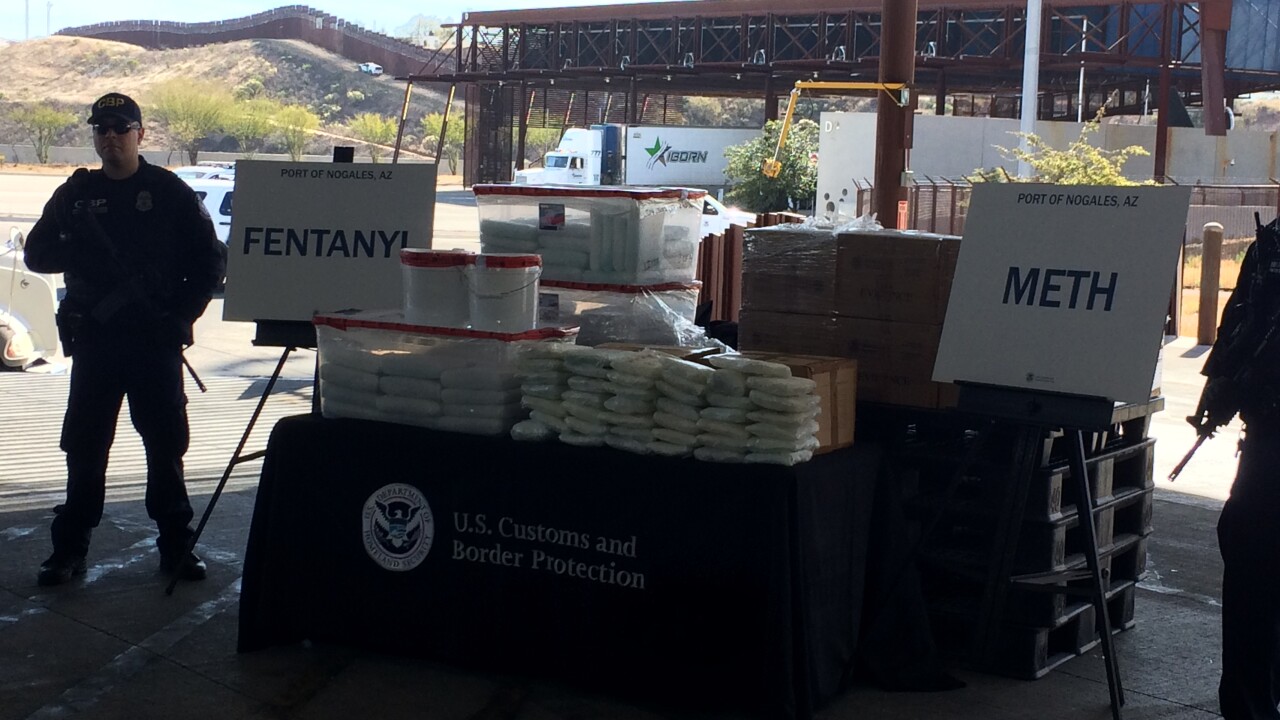 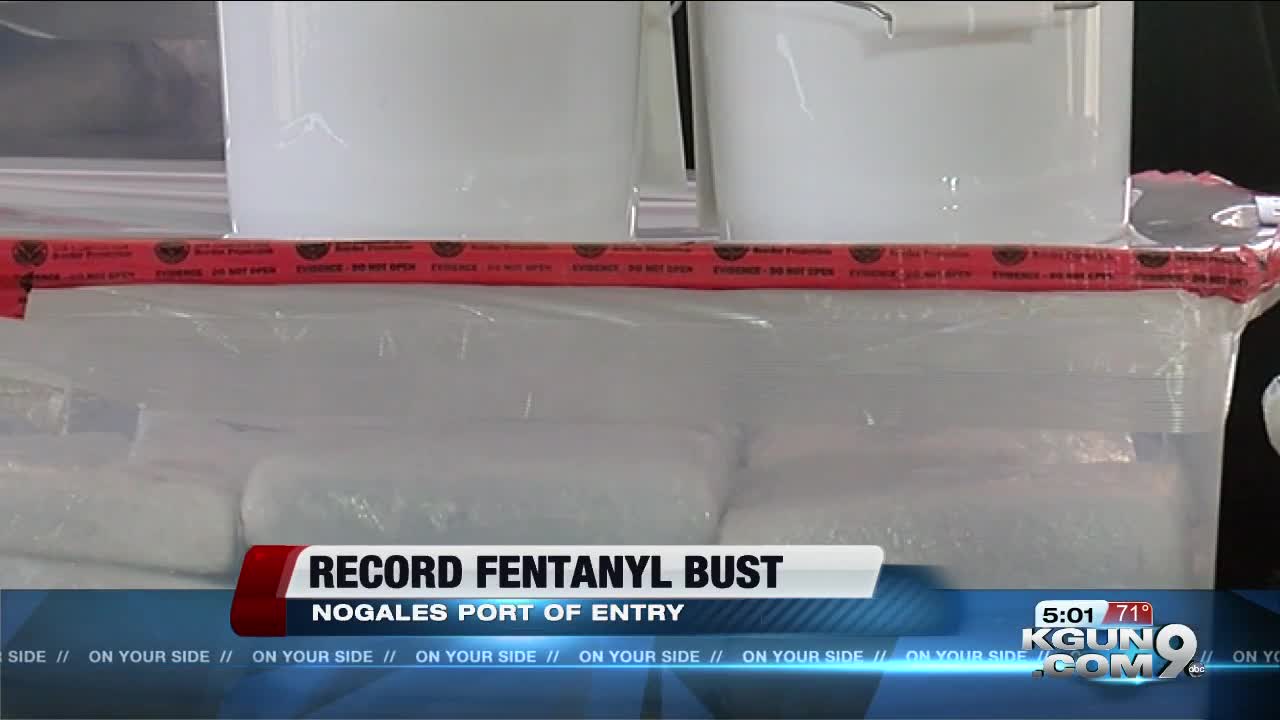 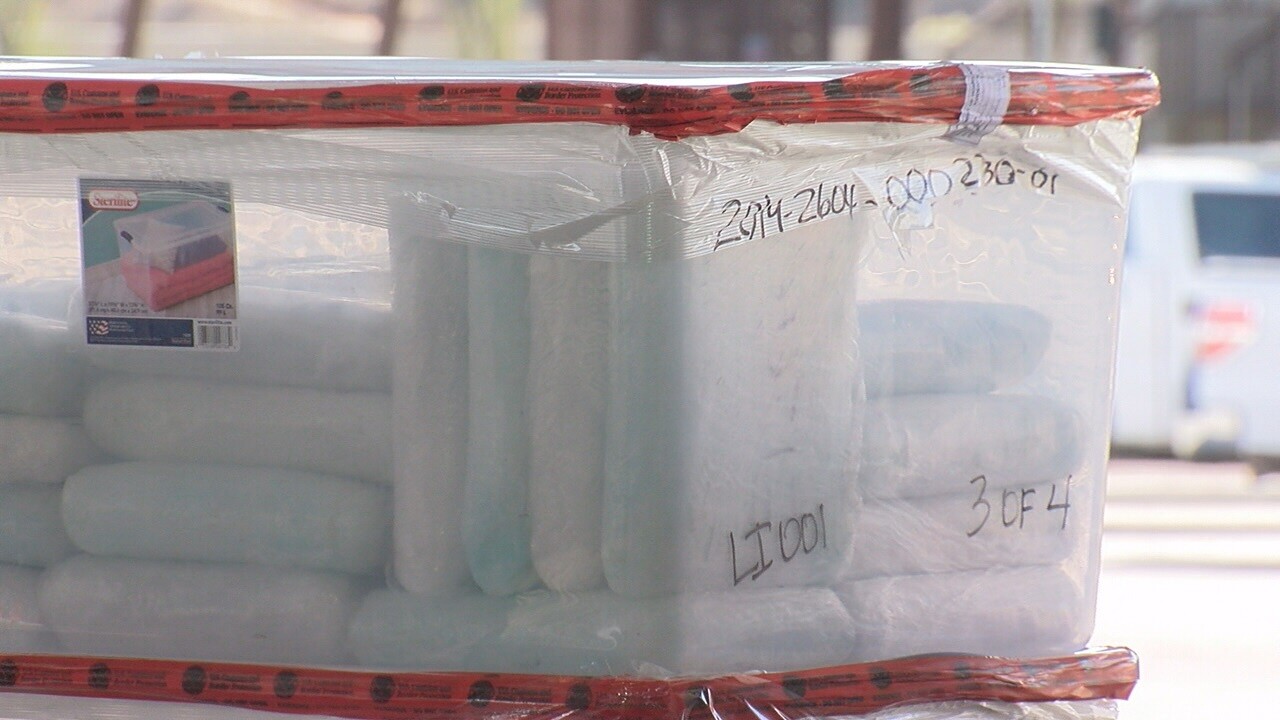 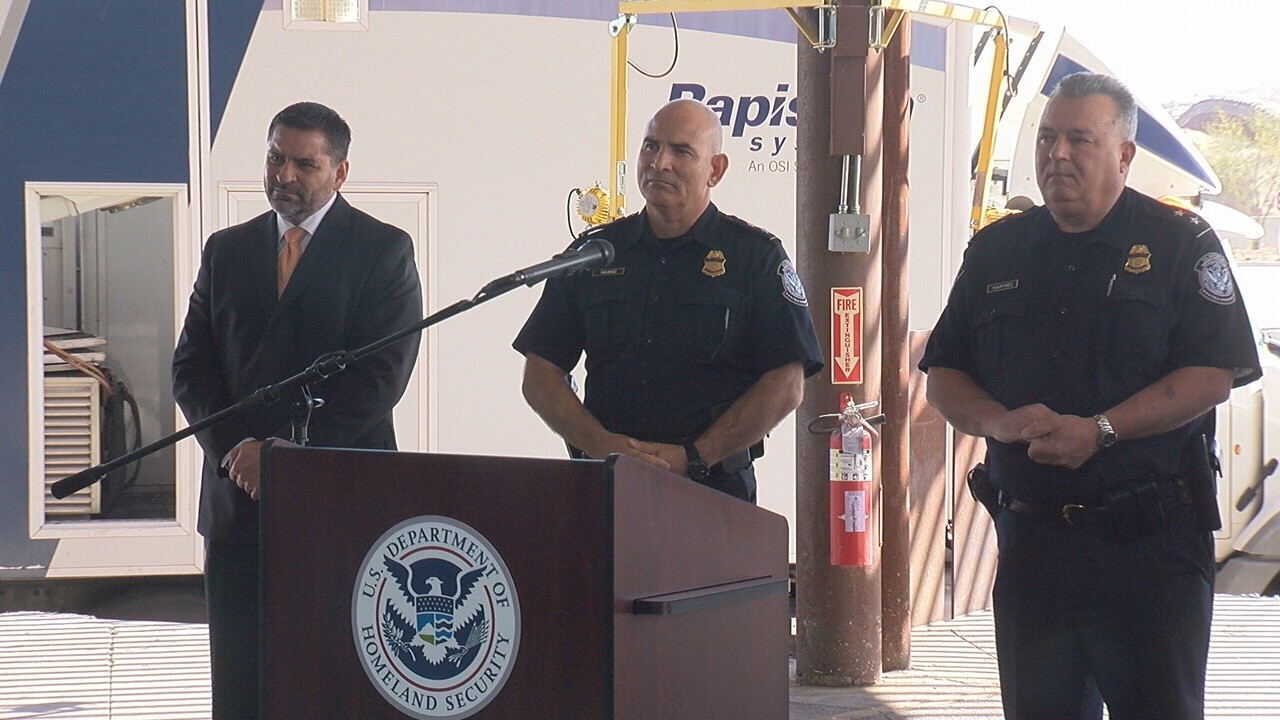 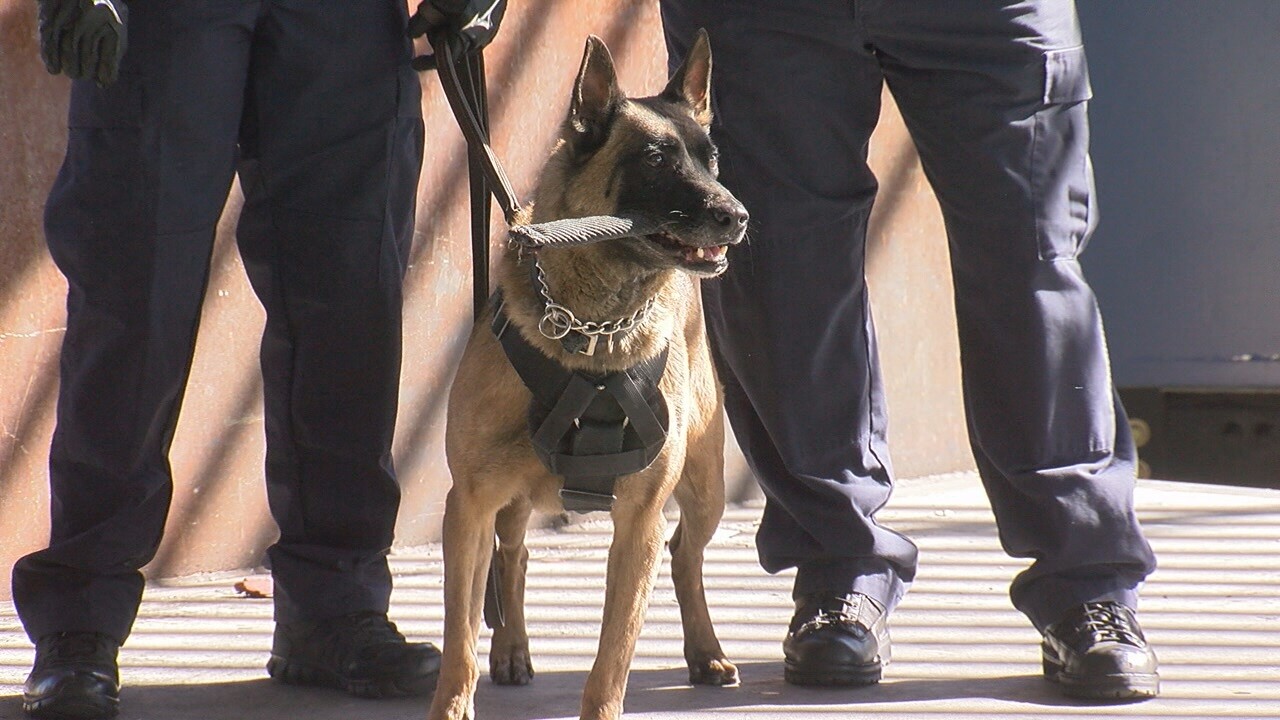 NOGALES, Ariz. - It's the largest Fentanyl bust in Customs and Border Protection history -- and it happened in Arizona -- at the Nogales Mariposa Port of Entry.

Together with the third largest seizure of meth in Arizona the total value is about $4.6 million.

The fentanyl on display at the CBP news conference is sealed with extra care. The drug is so powerful if just a few grains escaped and made contact with skin it could be enough to kill.

And this fentanyl is more than 111 times that amount, found along with about 395 pounds or almost 180 kilos of meth.

Agents found the drugs in hidden compartments in a tractor trailer bringing cucumbers from Mexico. Agents won’t say what triggered their suspicions enough to send the truck for a more thorough secondary inspection.

That inspection, using a large X-Ray machine and a drug sniffing dog discovered the hidden compartments.

Nogales Port Director Michael Humphries says, ‘Most hard narcotics seized by CBP are at the ports of entry and that's the case here. They like to use vehicles with hidden compartments that they're able to track instead of between ports of entry. That's my opinion."

Agents say a 26 year old Mexican national was driving this load. He's under arrest and agents say they're looking for the others who conspired to put more than 600 pounds of drugs on the street.