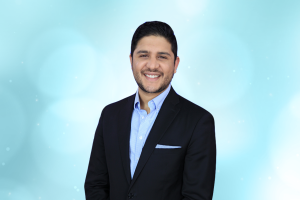 Alex Steiniger is a Tucsonan through and through. He was born at TMC, graduated from Sabino High School and studied at both Pima Community College and the University of Arizona.

Alex lived in Honduras for seven years during his childhood, where he became fluent in both English and Spanish. He and his family moved back to Tucson in 2001.

His passion for performance, the community, public affairs and technology led him to pursue a career in broadcasting. He interned with The Morning Blend for a year, then produced the show for nearly three years and is now full-time co-host.