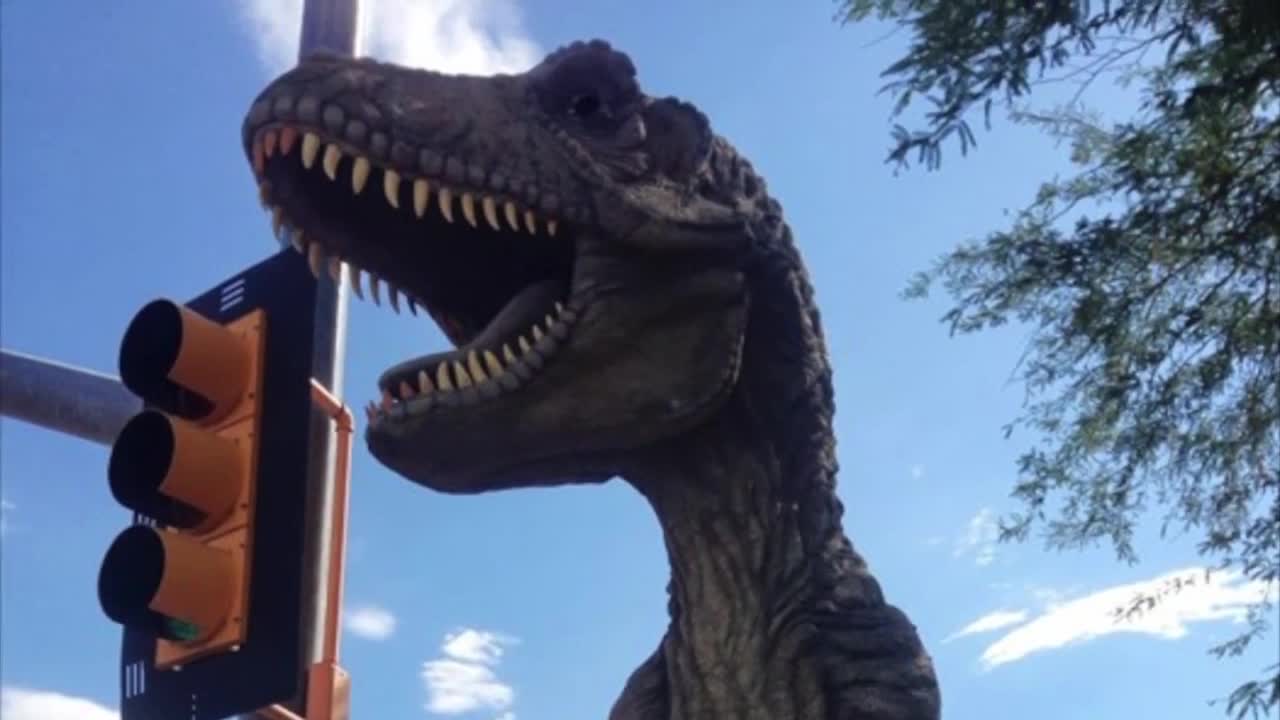 The iconic dinosaur at an east side McDonald's is a favorite spot for kids, and has a direct connection to the 1993 movie Jurassic Park. 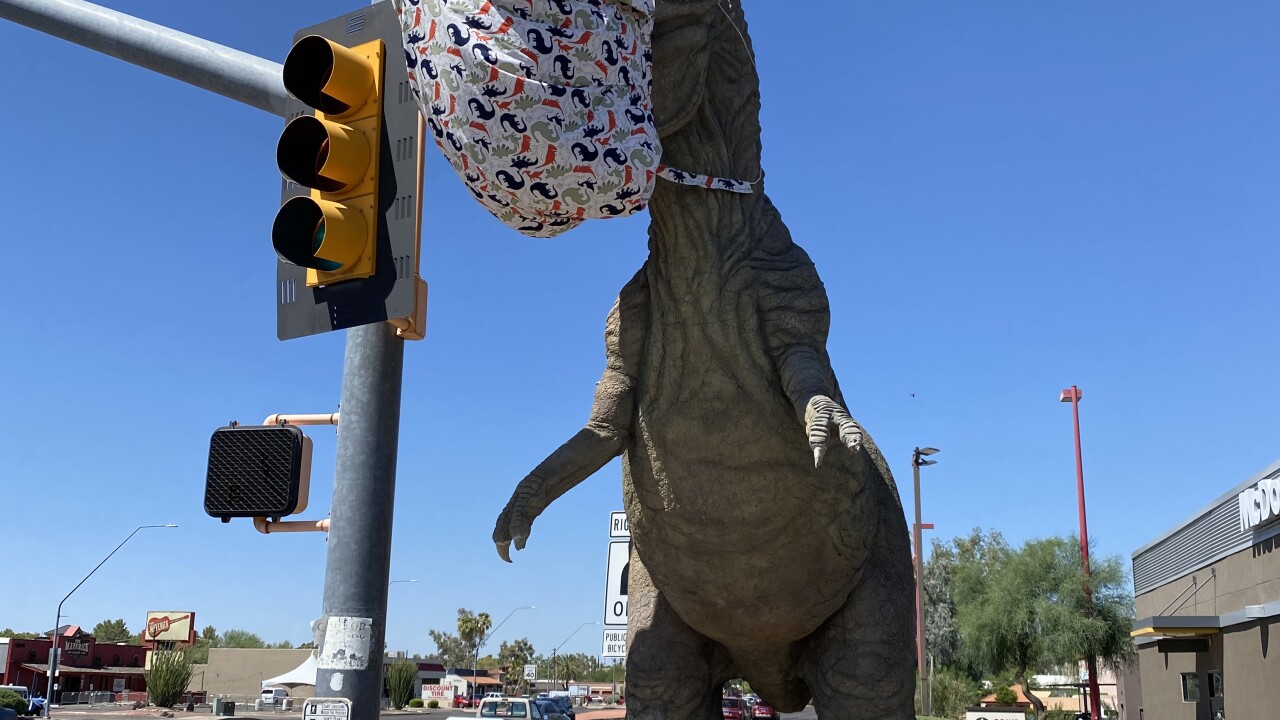 TUCSON, Ariz. — The Tyrannosaurus rex statue on the east side is an iconic Tucson landmark. A landmark people use to navigate by.

"Where is it in relation to the McDonald's with the dinosaur in front of it," asked Paul Dias, owner of the "dinosaur McDonald's."

That dinosaur is one of the most recognized landmarks in Tucson, especially by kids.

The T. rex stands at the intersection of Grant and Tanque Verde. It is seemingly about to take a bite out of the stop light.

The dinosaur is a favorite backdrop for photos.

Right now, the T. rex is sporting a face mask, covering up its 60 ferocious teeth.

The dinosaur has been at this spot in front of McDonald's since 1994, following release of the movie Jurassic Park.

Back then, the owners had a son obsessed with dinosaurs. They also had connections at Universal Pictures.

"These were actual statues and figures that were used in the filming of Jurassic Park,"Dias said. "When they were done with them, they moved them here and put them in the McDonald's restaurant."

Yes, there used to be more than one dinosaur at the McDonald's.

Besides the 16 foot high, 40-foot long T-Rex on the corner -- there was a 10-foot Maiasaura with a nest of baby dinosaurs.

They may have survived extinction, but they could not survive the major remodel two years ago.

Dias said the T-Rex survived in part, because of a government mandate.

"When the construction department from McDonald's went into the city of Tucson and presented the project, they okayed everything with one exception. Make sure you keep the dinosaur upfront. That was an easy decision, and an easy choice. Hopefully, it'll be here for generations to come."

There is no chance that he could ever get rid of the iconic T-Rex, even if he wanted to.

"It's made of concrete and rebar," said Dias. "It's very sturdy, very durable, and very heavy. Impossible to move. We love it, the community loves it and it's an icon in Tucson. It's not going anywhere."

The T-Rex statue is iconic, it is Absolutely Arizona, and it is not going anywhere.