The Thing remains a great mystery and Absolutely Arizona 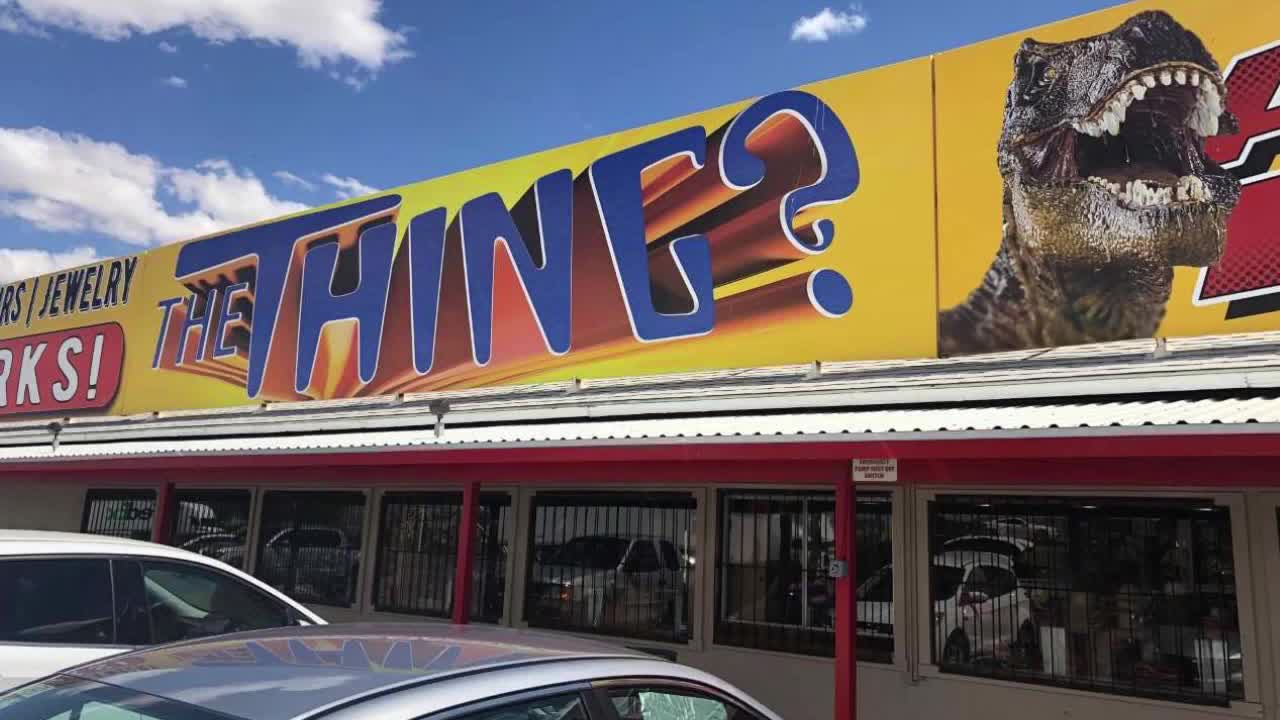 For hundreds of miles along Interstate 10, billboards ask the question "What is it?" 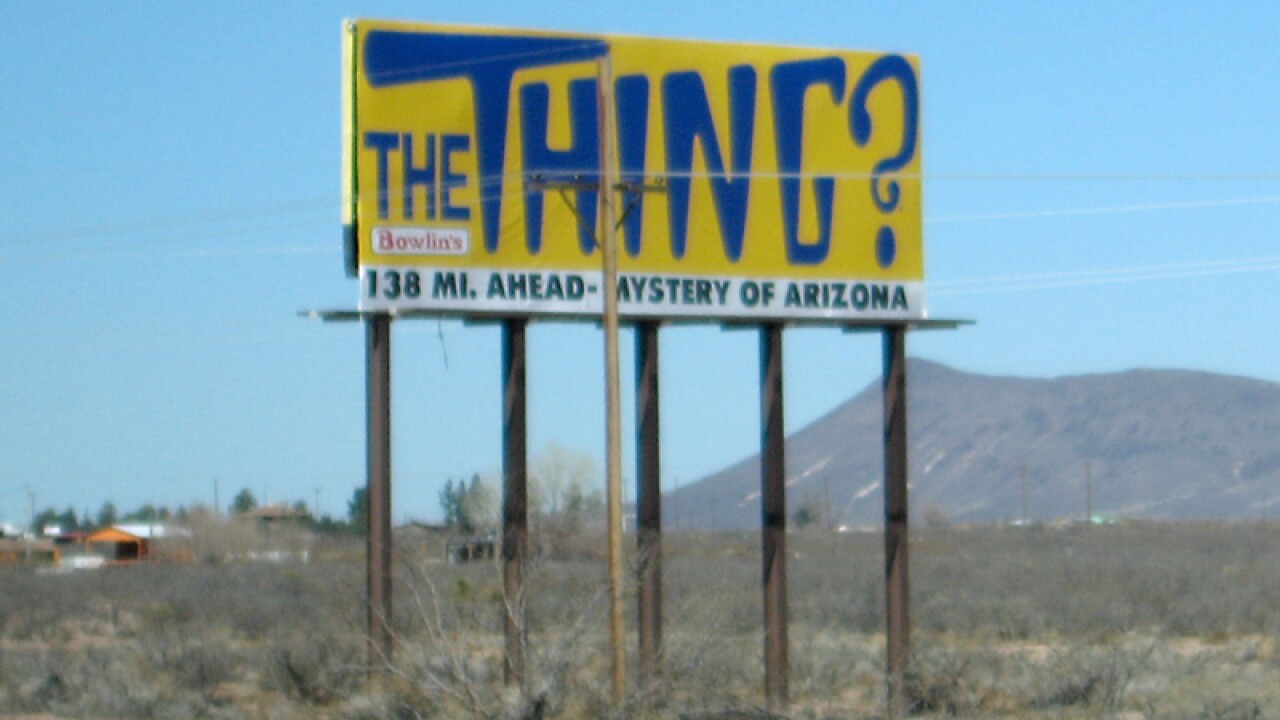 TUCSON, Ariz. — The Thing is one of the great mysteries of Southeast Arizona.

For hundreds of miles along Interstate 10, billboards ask the question "What is it?"

"There's probably about 60 or 70 billboards that currently advertise The Thing," according to Kit Johnson with Bowlin Travel Centers. "They stretch from just south of Phoenix to all the way to just north of El Paso. We get a lot of billboard exposure."

And those billboards work.

The Thing is located off of I-10, just past Dragoon and Texas Canyon.

Those billboards point travelers to a gas station, Dairy Queen, gift shop and "The Thing."

"It gets the kids," said Johnson. "Because if they say stop, you stop."

Families have been stopping to solve the mystery of The Thing since 1965.

Thomas Prince brought The Thing from California to Arizona, and charged 25 cents for a look.

The attraction quickly grew in size and price. First 50 cents and then a dollar.

There were three buildings without air conditioning, housing The Thing and a collection of vintage cars and other oddities.

"They said we were easily in top 100 most commonly recognized attractions," said Johnson.

Bowlin Travel Centers has managed The Thing for the last 50 years, and owned it for about 10.

They just completed a multi-million dollar remodel, but not without extra special care for it's star attraction.

"We had several emails and phone calls from people that when they found out what we were going to do, they wanted us to make sure we were very careful about respecting The Thing," explained Johnson.

Kit Johnson and fellow Bowlin employee Myles Erwin came up with the plans for remodeling.

They more than doubled the size of the retail space, and built a climate controlled museum.

Erwin created the museum's new theme of Aliens vs Dinosaurs.

"Aliens dominated and ruled the dinosaurs," asked Johnson. "But what if they did?"

Yes the new Aliens vs Dinosaurs theme does require visitors to suspend their disbelief.

But the visuals are well worth the admission. Plus, it combines our fixation with aliens and dinosaurs.

The new storytelling leads you through a history of the world that included Aliens helping to control the outcome.

That eventually leads you to the final room and The Thing.

Your chance to see The Thing is just an hours drive east of Tucson on I-10.