Storied history of El Conquistador in Tucson dates back to 1928

The Tucson Conquistadores have been synonymous with professional golf in the Old Pueblo since 1966. 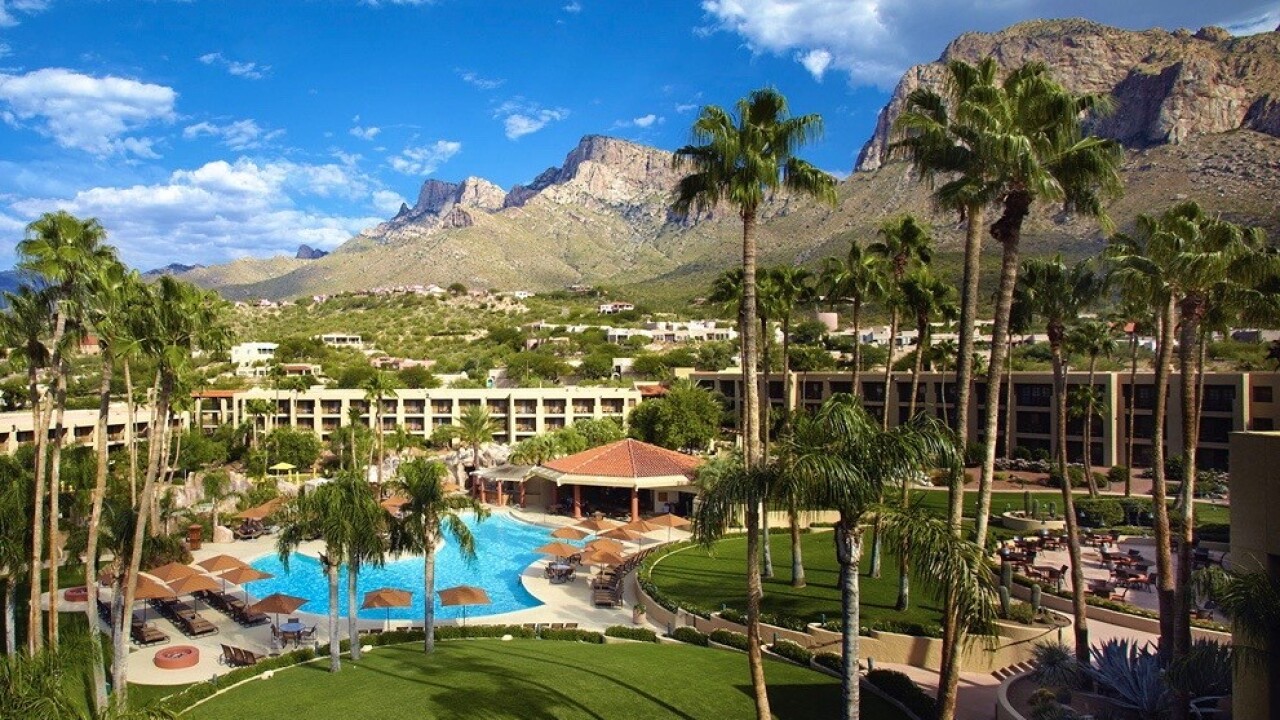 TUCSON, Ariz. — The Tucson Conquistadores have been synonymous with professional golf in the Old Pueblo since 1966.

The Conquistadores were actually founded in the early 1960s at the El Conquistador Hotel.

But the hotels history dates back much earlier. It opened in 1928, on the outskirts of Tucson at Broadway and Country Club.

In 1968, the hotel closed. It was demolished to make room for the expansion of El Con Mall.

Fast forward to 1982, when the El Conquistador was given new life way up in Oro Valley.

"There was nothing else in Oro Valley, nothing," remembered Tom Kibler.

Just by chance, Kibler was driving by the construction site in the summer of 1982. By that fall he was working at the still incomplete Sheraton El Conquistador Resort.

"When I walked in the front door there was nothing," said Kibler. "There was walls up, no paint, no texture, no floors, nothing."

Tom was there for the resorts opening, and oversaw the construction of the Casitas in '83. He has been at El Conquistador as facilities manager now for 37 years.

"It was special in '82 and it's still special," said Kibler. "To come to work and have Pusch Ridge in the background, it's amazing."

There are stunning views inside the resort as well, including the copper mural above the front desk.

"It was installed in 1987," recalled Kibler. "To our understanding, it's the largest copper mural in the United States. It's fantastic."

"Of all the renovations we've done, nobody ever talks about removing this copper mural."

The El Conquistador Resort by Hiton has received the AAA Four Diamond award for 36 consecutive years.

The General Manager Otton Suarez loves to show off his resort.

"The view is quite spectacular," said Suarez. "But we have so many selling points. We have our reputation, our Uniquely Southwest Hospitality, as we call it. But the view is, it's unbelievable."

As a full service resort, the El Conquistador has more than just a fantastic view.

Just off the pool is Spuntini's pizza and ice cream.

It features a whimsical mural painted by Ignacio Garcia, complete with gnomes protecting the lost Iron Door gold mine.

"Nobody seems to know where that mine is located," said Suarez. "But it's a great talking point for us, as we're so close to the area where the mine is expected to be. They look on the side of Pusch Ridge for the entrance to the mine, just in case."

The indoor and outdoor meeting spaces are in almost constant use for conventions and business gatherings.

Large groups also use the old western town The Last Territory, for cookouts and events.

In front of the resort, you can not miss the sculpture of a large bighorn ram.

"In Pusch Ridge you can sometimes see with binoculars, see some of these," said Suarez. "I think most are looking for the mines, but it is a great way of bringing back nature."

Suarez says the future is bright for the El Conquistador Resport. They will soon at a new spa.

Suarez also invites Tucsonans to come for a staycation, and experience the amenities for themselves.