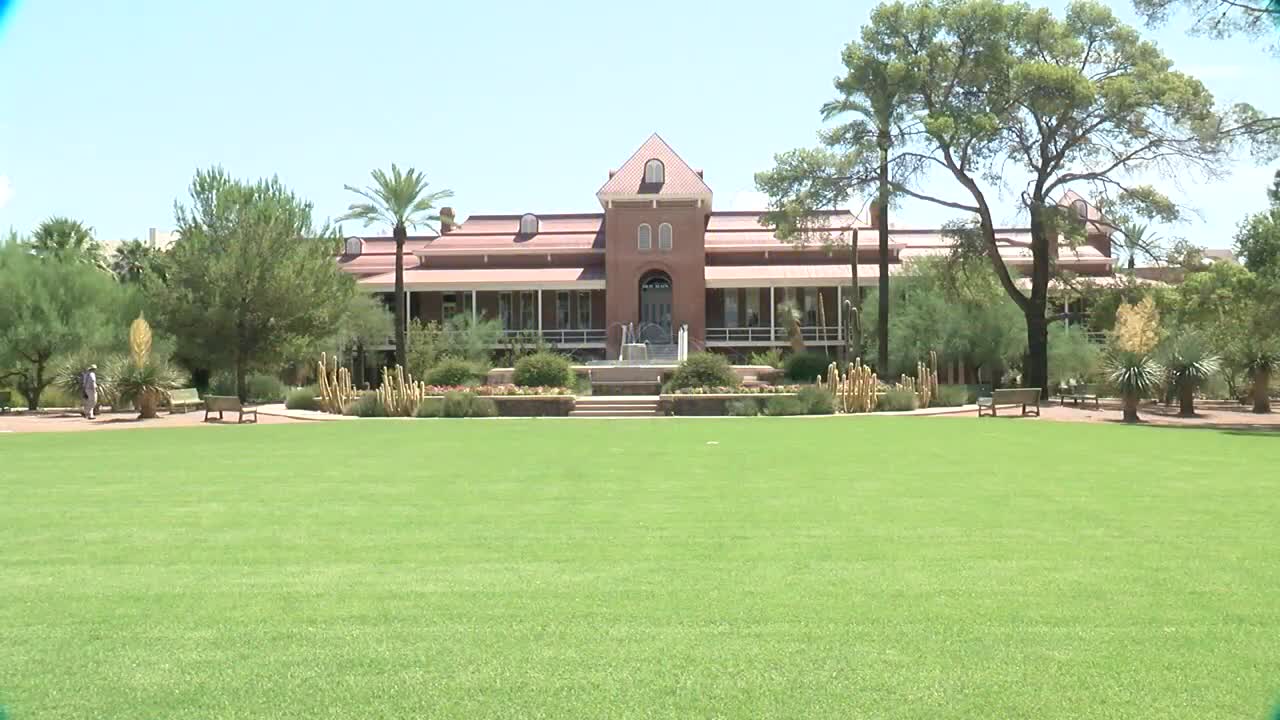 Old Main at the University of Arizona is still an architectural icon more than 128 years after it was first built. 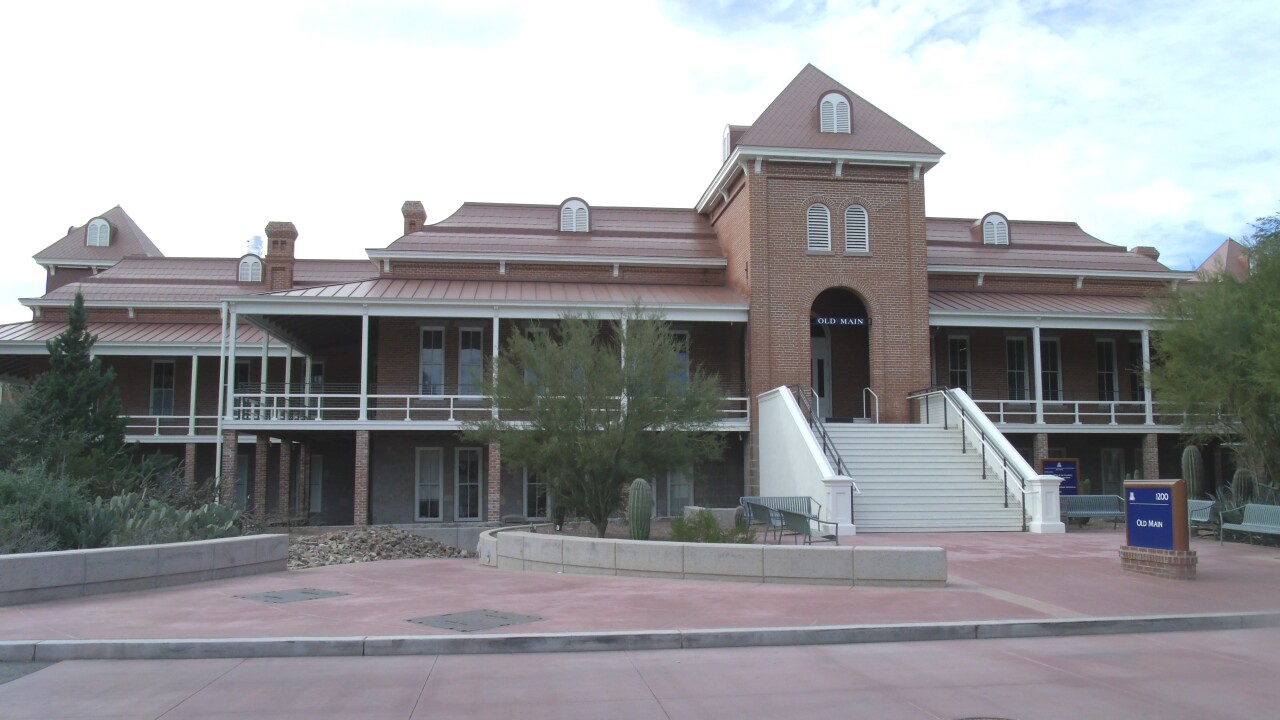 TUCSON, Ariz. — "This is the iconic building for the university and one of the main icons for southern Arizona," that's how architect Peter Dourlein describes Old Main.

The building sits at the heart of the University mall, built more than 128 years ago.

The building originally went up on a 40 acre plot of land in 1891. At that time it was the only building for the University of Arizona school of Agriculture.

"It took probably three or four years to build back then," Dourlein said. "I think they built it for $37,000. Which I wish we could get that kind of pricing today, but I don't think that's going to happen."

The building housed classrooms, offices, and dorms for the expected 32 students and six faculty members.

"The first class that came into this building was only six or seven students. What was interesting, we had a university, there were no high schools in the whole territory," Dourlein said.

Building the University was not popular with Tucsonans around the turn of the century. They had just lost out on being the territory capital and on the lucrative Arizona Asylum for the Insane which was located in Phoenix.

That dissatisfaction is what led to the reported murder of an overnight supervisor on the construction site.

Carlos Maldenado was meant to keep the site from being burned down by angry residents. One morning, the workers found him dead inside with a knife in his neck.

His spirit is still said to haunt Old Main, as construction workers found out during a massive renovation of the building in 2014.

The building fell into disrepair during the early 20th century and was condemned in 1938. It sat empty for four years and was almost torn down, but the U.S. Navy stepped in to save the building and used it as a training school during World War II.

After the war, the military gave the building back to the University.

In 2014, UA completed a massive renovation of Old Main and found several surprises during their work including a unique way to soundproof between the first and second floor of the building.

"Somebody said there was dirt, there was soil in the floor space," Dourlein said. "We said, soil? And we started to research that and we said yeah at one time that was the next big economical way to create sound deadening from the second floor to the first floor."

Renovators also found wood used in the actual building that was once part of the construction company's sign.

They took the dirt out of the floor in favor of more modern sound proofing, and pieced the old sign together. It now proudly hangs on the wall inside Old Main.

The melding of old and new is a theme that runs throughout Old Main.

Old Main's iconic veranda helped protect the brick of the building for more than a century, but had to be completely rebuilt during the renovation.

Speaking of the brick, builders saved all the bricks from underneath the veranda.

Project managers emphasized maintaining the building's history while updating it for the 21st century.

"We made it stronger than it ever was and you'll see here things like; the white railing which reads from outside the building is fabricated in the same way the original railing was. But you see how low it is? You'd do a couple flips probably," Dourlein said.

Now, there's a much taller safety rail that meets current building codes, but it's discreetly tucked behind the white railing most visitors see when they walk up the iconic steps.

Inside, architects designed a modern boardroom and meeting room. The "Silver and Sage" room harkens back to UA's original school colors, before they adopted red and blue.

The President's office sits in one corner of large intersecting hallways. Dourlein tells KGUN 9 those hallways were originally designed to direct airflow through the building back when there was no air conditioning.

"In this larger gathering space you'll see elements of our museums on campus," Dourlein said. "So it's a little teaser if you come to this building to see the president or for a meeting or for an event you'll see little teasers of the center for creative photography, the museum of art, the state museum, the gem and mineral museum all those elements that are on campus and you go maybe I should go see that."

Outside, the Berger fountain and the stairs leading up to the building's entrance have become a favorite photo spot for graduating Wildcats as they look to the future.

And the future is bright for a renovated Old Main.