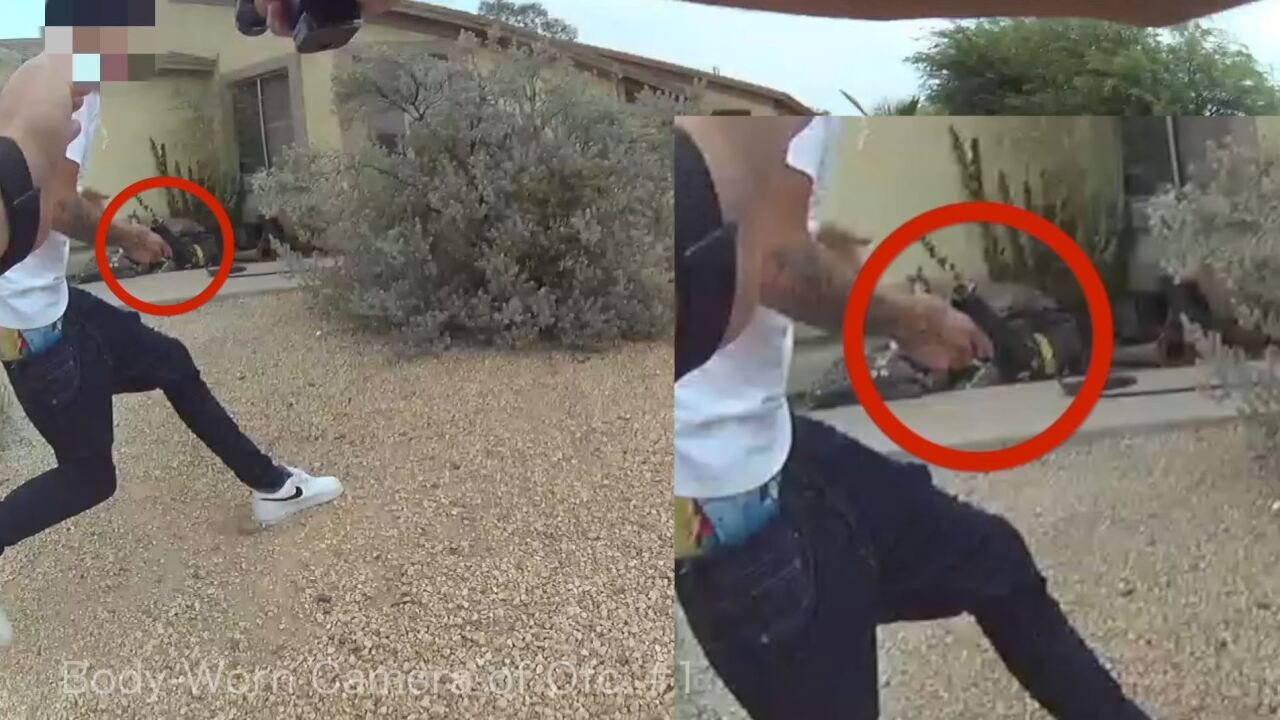 TUCSON, Ariz. — The Tucson Police Department is releasing new details on the 17-year-old shot by an officer last week on the city's south side.

Police identified the teen killed as Simon Pancho. TPD also released officers' body camera video of the shooting, which shows a pistol in Pancho's hand before the officer shot him twice.

Police also released surveillance video of a convenience store earlier that day. A TPD spokesperson says the video shows Pancho threatening the clerk with a pistol and stealing several items from the store.

The shooting happened near the intersection of Calle Rancho Rio and Valley Road on Wednesday, Aug. 26. Police set up an undercover drug purchase in order to arrest Pancho after identifying him as the primary suspect in the convenient store robbery earlier that day.

After the purchase, officers nearby moved in to make the arrest. Pancho briefly tried to run and took out a gun, the video shows, before a TPD officer shot him.

As is standard protocol in these types of incidents, TPD is conducting an investigation into the actions of the officers involved.