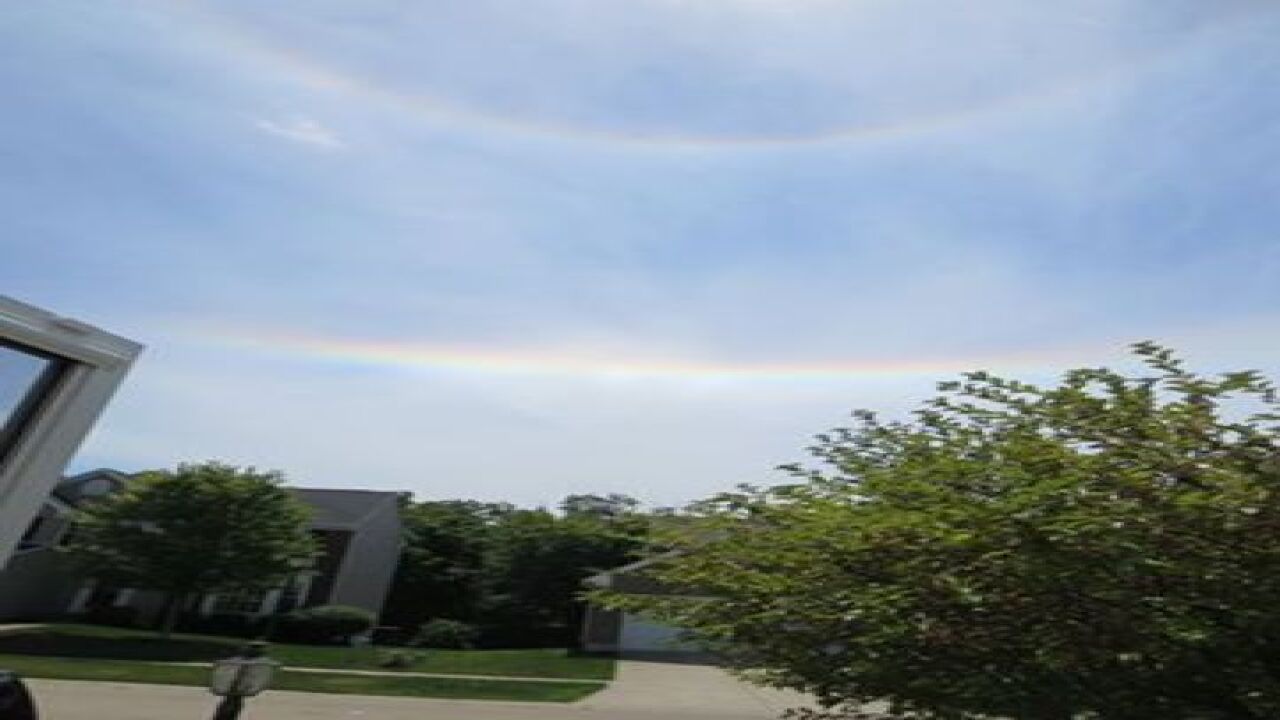 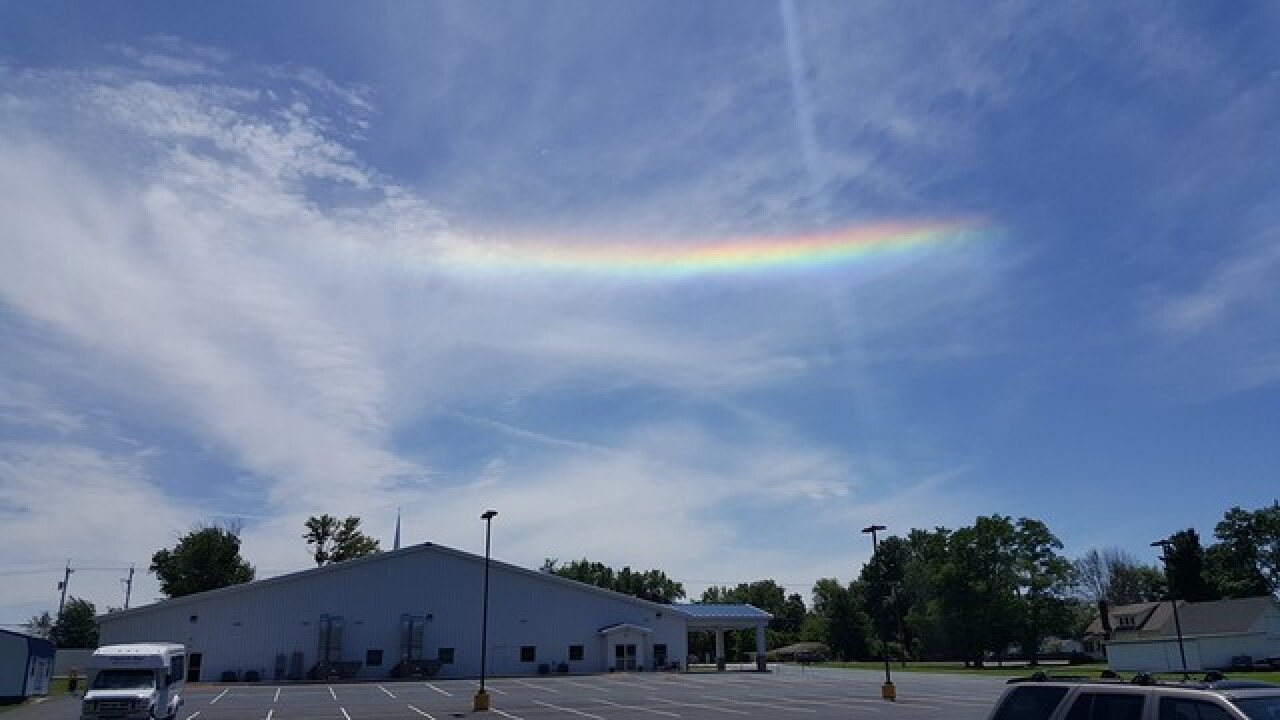 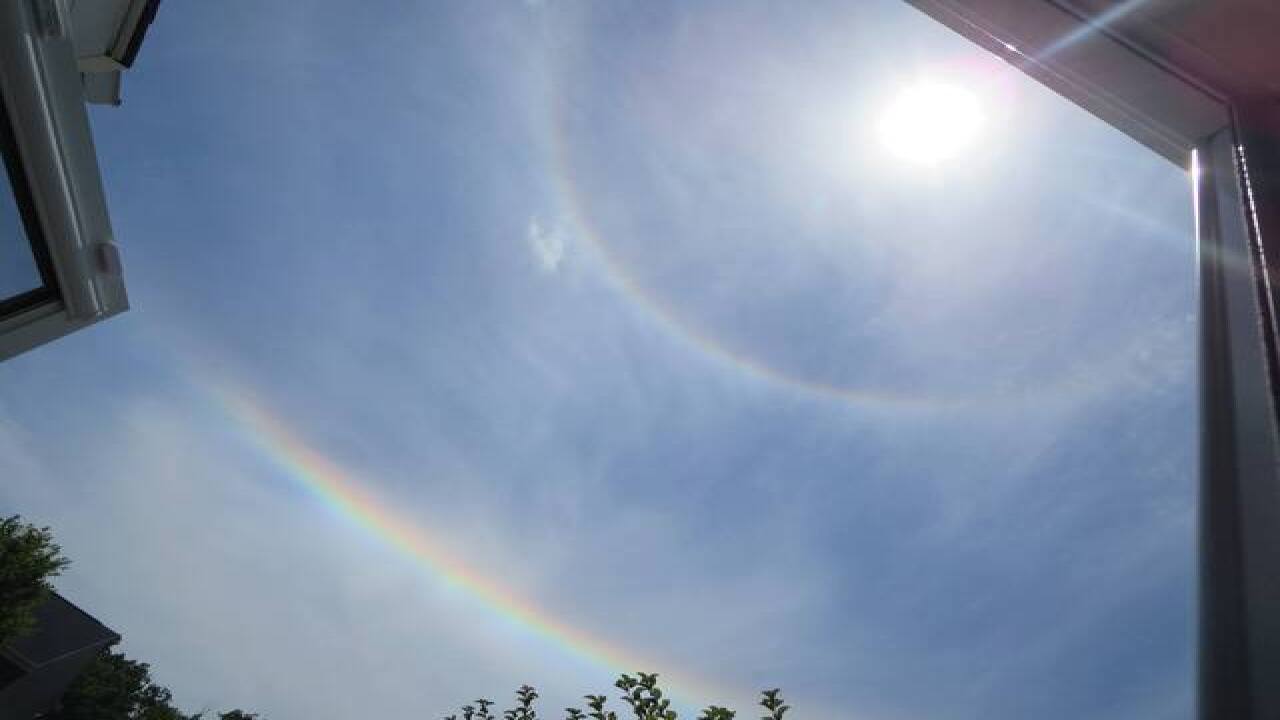 Many of you have seen a halo around the sun. It's that perfect rainbow that forms a circle around the sun or even the moon. It's formed as the sun's or moon's rays interact with ice crystals high in the atmosphere.

Well, let me introduce you to something similar but even rarer: the circumhorizontal arc.

Yes, it's a mouthful, but think of it as a smaller rainbow that's upside down and not complete. Here's what it looks like:

The arc has a slight upward bend and has red as the highest color and then purple lowest in the sky. It can actually be seen when there is already a halo around the sun, but it will be lower than both those features. Here's what it looks like with both:

Why do we even see this rainbow arc? The optical illusion is able to form thanks to ice crystals in the shape of plates in the atmosphere. However, the sun's angle is critical to this taking shape. If the sun isn't above 58 degrees, the arc won't be visible. Obviously, the presence of ice crystals is also imperative.

Luckily for those sitting in the mid latitudes, the summer months provide a great opportunity for seeing this phenomenon when the sun's angle is at its highest in the afternoon hours.

More commonly, you may see what's called a sun dog on either side of the sun. Learn more in the video below: