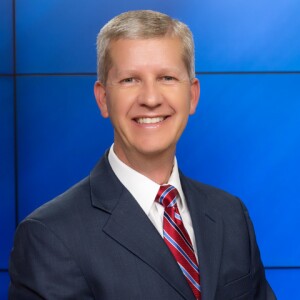 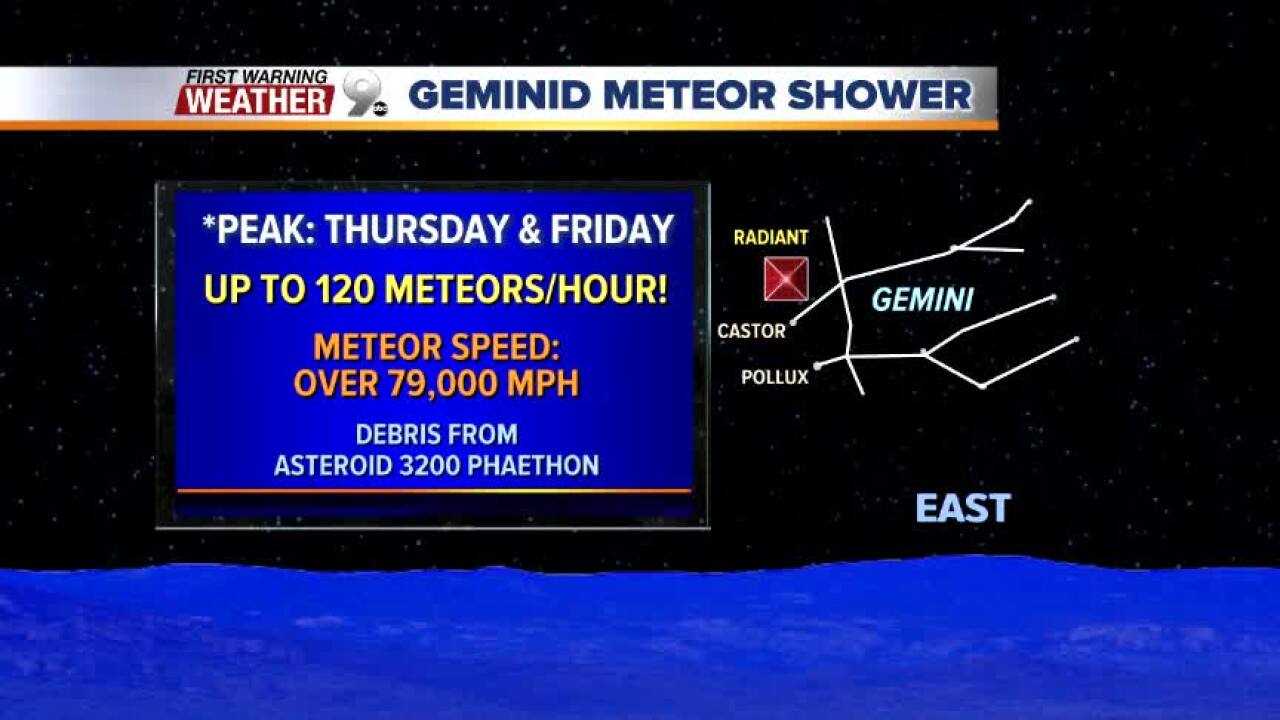 TUCSON, Ariz. — Every December, we receive a gift from the skies called the Geminid meteor shower. This is one of the most active meteor showers of the year and is also one of the easiest to observe. This year, we could see up to 120 meteors per hour! Last year, some meteor observers saw as many as 160 meteors per hour. Another nice thing about the Geminid meteor shower is that you will be able to see several meteors before midnight. Most meteor showers really don’t perform until after midnight. The ideal viewing time will be around 2 a.m., so dress warm!

The Geminids will peak Thursday and Friday night. My suggestion is to do your viewing Thursday night because it looks like we will see mostly cloudy skies by Friday night. Meteors will be easy to spot by just looking up. If you want to focus on the radiant, the point in the sky where meteors seem to originate, then focus your attention towards the constellation Gemini. If you’re viewing before midnight, you’ll find Gemini in the eastern skies just to the left of Orion. After midnight, Gemini will have moved into the west-southwestern skies. Going into the desert, away from city lights, would provide the best viewing experience but even city dwellers will be able to see a few meteors streaking across the sky.

The Geminid meteors come from an asteroid with the name 3200 Phaethon, an asteroid that orbits the sun every 1.4 years. The name Phaethon comes from the ancient Greek god Apollo. Phaethon was Apollo’s son. Even though the asteroid’s name dates all the way back to ancient Greek times, the actual Geminid meteor shower is estimated to be nearly 200 years old and is producing more meteors than ever. Most of the meteors burn up in the upper levels of the Earth’s atmosphere which is about 60 miles above Earth’s surface.

Best of luck with your meteor viewing! 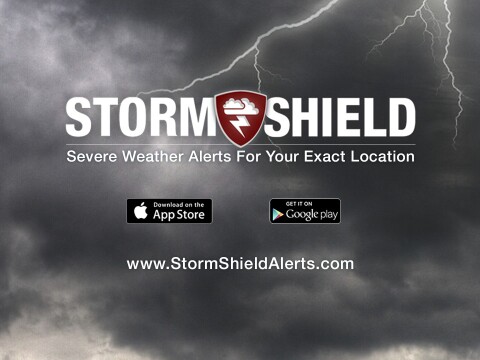