2 tropical systems could impact Gulf Coast on the same day 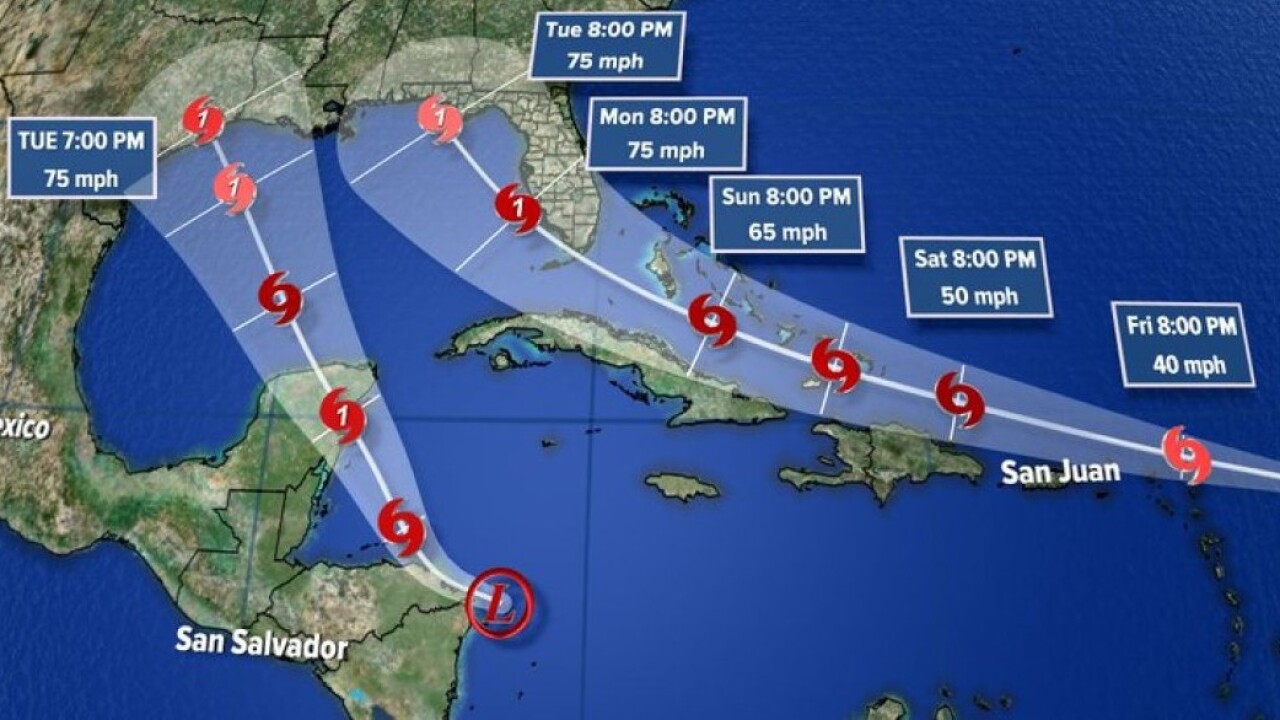 There is a lot of concern along the Gulf Coast right now. Two tropical systems are headed for the area at the same time, potentially impacting land on the same day.

It's very rare according to the National Weather Service (NWS), something we haven't seen in decades.

What's most concerning, is the amount of people in the path of the storms.

“The number of people that could be impacted by these two systems is huge, you know, from the northern part of Texas, throughout the entire coast of west side of Florida and the panhandle as well,” said Joel Cline, a meteorologist and NWS Tropical Program Coordinator.

Large amounts of rain, storm surge and wind are threatening the Gulf Coast early next week.

“That’s where two come in close contact and then they move around each other counterclockwise,” said Cline. “That's not going to happen in this one.”

There is another potential impact of these systems being close to each other.

“So, when you have two of these in one area, then the descending air may get into the other one and help weaken it or make the other one stronger,” said Cline.

There's still a lot of time for things to change. Regardless, meteorologists say people in the paths of these storms need to be hurricane ready.

“Labor Day is essentially the halfway point and so we've got a lot more hurricane season left and what we’ve already been through,” said Cline.