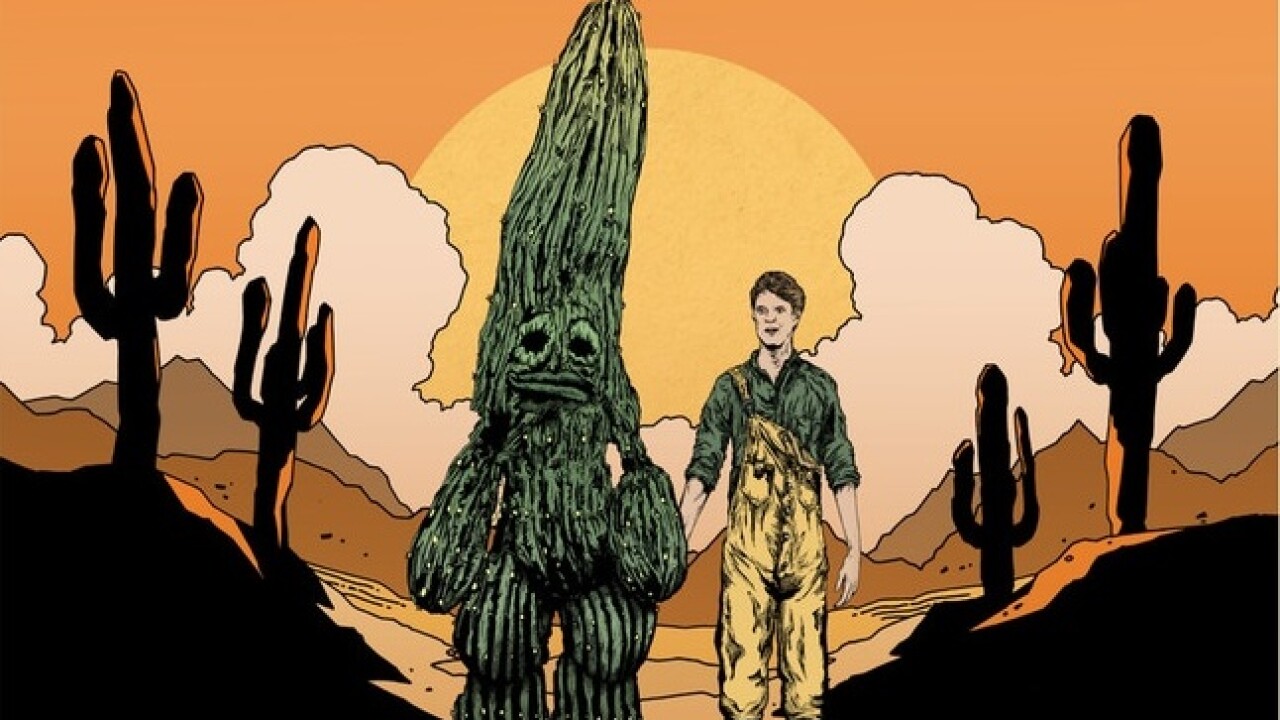 TUCSON, Ariz. — After years of being a destination for films, much like Three Amigos, Can't Buy Me Love, and Tombstone, the city of Tucson has seen somewhat of a drought of big productions.

It may be in part that the Western film genre has fizzled out, or that other neighboring states are offering cheaper fees.

However, there's still much to love about the Old Pueblo and all of the beauty it has to offer for cinematographers.

Other than the main character being a gigantic saguaro, that's much of the reason why the director, Chris Brake, of Cactus Boy ventured to Tucson from London.

Cactus Boy tells the story of Winston Prickle, a long-time employee of an Arizona plant nursery who still hangs out with his childhood imaginary friend: the Cactus Man. When Winston falls in love for the first time and begins to make a connection with an actual person, he re-evaluates his friendship with the Cactus Man and decides that the time has come to put away childish things.

The short film wrapped up last October, but now we're getting a look at what we can expect from the full movie with its new trailer.

The film completely relies on practical effects — so you can forget about seeing any of that typical CGI here.

Those who worked on the life-size Cactus Man costume are two fabrication and prosthetics artists who have most recently been working with the Jim Henson Creature Workshop. You can see the team's work in the upcoming Netflix’s prequel series The Dark Crystal: Age of Resistance.

In addition, the film features the acting talents of Colin Ford (We Bought a Zoo, Captain Marvel) and Georgie Flores (Dumplin', Famous in Love).

There's no release date yet, but you can stay up to date at IMDb.com.