WATCH: Eli Manning is a noisy eater, and Peyton hates it 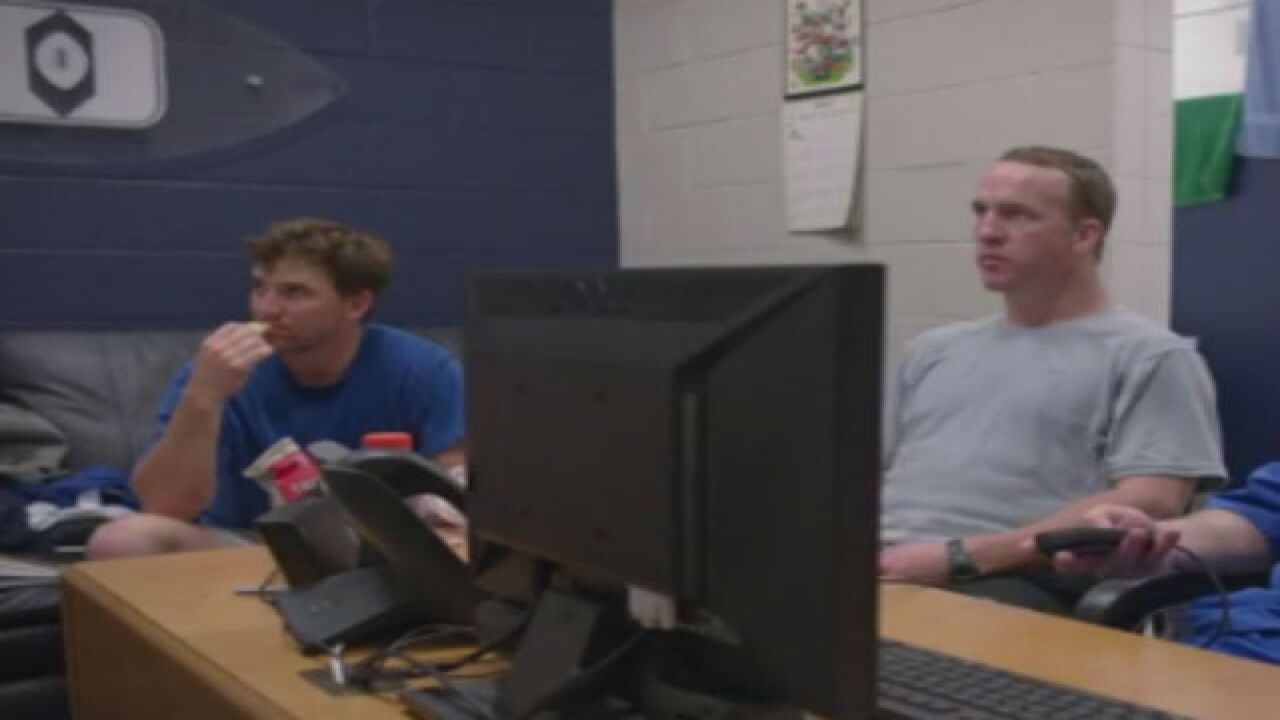 In a video shared by the NFL, Eli Manning watched film with a Duke coach and his brother, former Colts quarterback Peyton Manning.

While they watched, Eli was in the middle of eating a bag of chips. Too loudly for a certain other quarterback.

"You're killing me with the crunching," Peyton said.

"I'm trying to eat lunch," Eli said, with a small smile on his face.

A few seconds later, Peyton laughs and grabs the bag out of Eli's hands.

The coach asked Eli if he's enjoying irritating Peyton, and Eli claimed he was just trying to eat.

Anybody with siblings can understand that entire interaction between the two athletes.

It's unknown exactly when the interaction took place, but the video is to push a show about Peyton's 2013 season.

Watch the video below, if you can stand the crunching noise.

"You're killin' me with that crunchin'!"