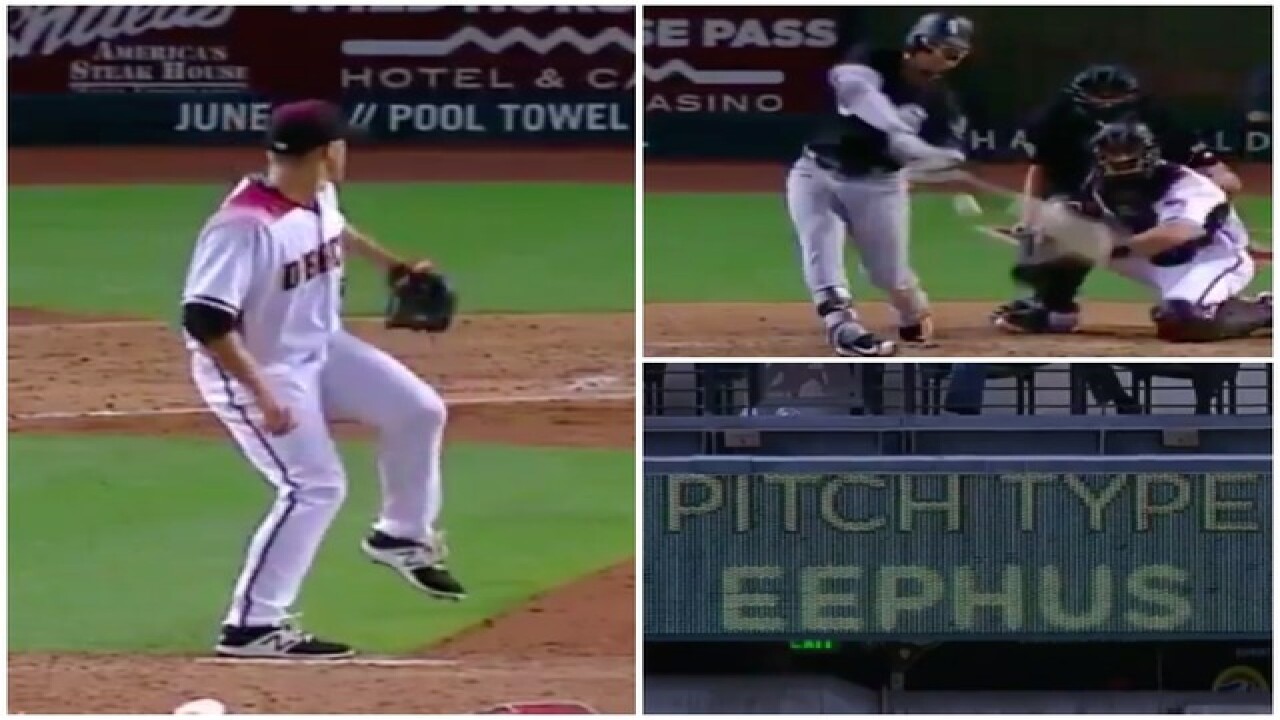 Diamondbacks ace Zack Greinke struck out 12 batters during his team's 5-1 win over the visiting Chicago White Sox on Monday.

His 12th and final strikeout came via a type of pitch not seen often in Major League Baseball: the eephus.

According to a 2008 New York Times story, the eephus -- a super-slow, high-arcing "junk" pitch -- became popular in the 1930s and 40s thanks to a Pirates pitcher named Rip Sewell

That New York Times was inspired to write about the eephus after former D-backs pitcher Randy Johnson "threw a pitch so slow that it failed to even register on the radar gun" in 2008.

But the pitch worked in the ninth inning for Greinke, the 2009 National League Cy Young Award winner, against befuddled White Sox batter Yolmer Sánchez Monday night at Chase Field. It was reportedly the second-slowest pitch thrown this season that resulted in a strikeout.

Yeah, Zack got ya with the eephus! pic.twitter.com/A2VsP7eyeL

We don't see this every day. @Dbacks. #Greinke #Eephus pic.twitter.com/HY6hfxijNN

By the way: The D-backs have won six of their last seven games, and they have the third-best record in the National League (27-19).