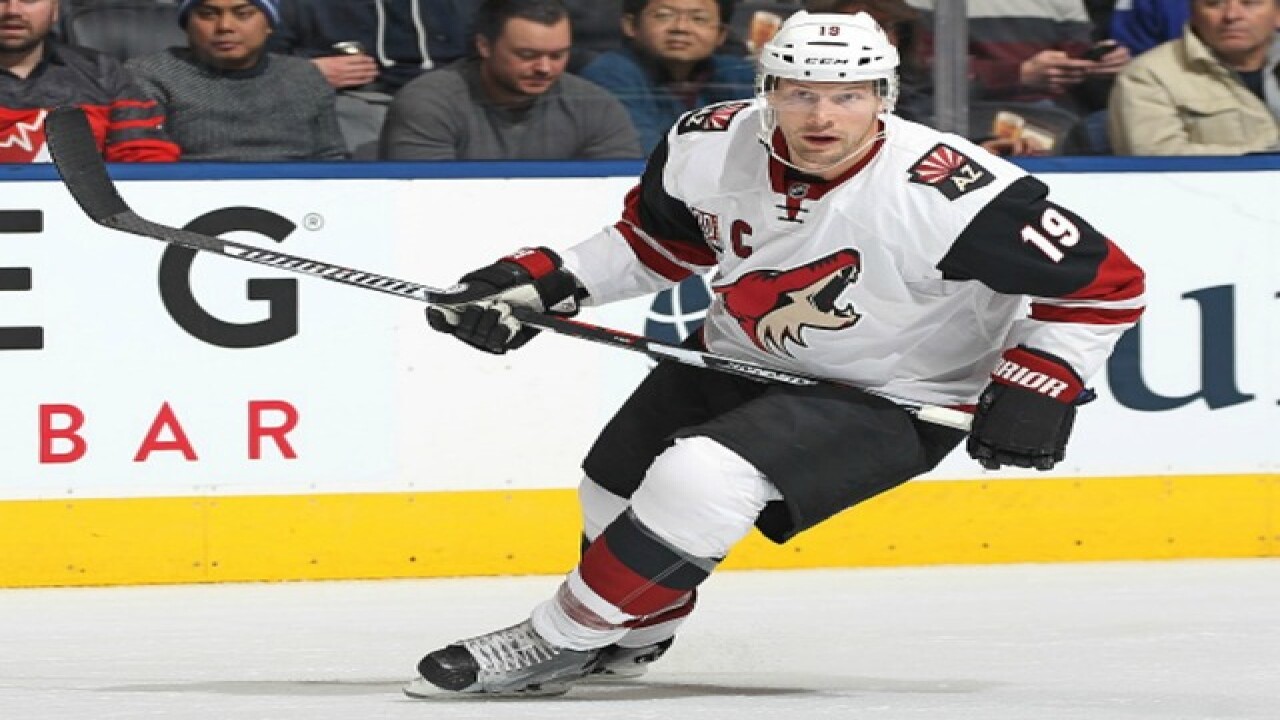 Shane Doan has yet to make an official announcement as to whether he'll play hockey next season, but the Arizona Coyotes have decided to part ways with the man who has become the face of the organization.

The Coyotes announced Monday that they will move forward without the 21-year veteran and longtime team captain. Sportsnet's John Shannon reported the team has offered Doan a position in their front office, a position that Doan is considering.

140 characters could never cover it.

But this is a start. Thank you Captain. pic.twitter.com/7ZF5mBZW9h

"After serious consideration, we have decided to not offer Shane Doan a contract for the upcoming season," Coyotes owner Andrew Barroway said in a statement Monday. "The time has come for us to move on and to focus on our young, talented group of players and our very bright future.

"This was a very difficult decision given what Shane has done for the Coyotes and his unparalleled importance to the organization. With that said, this is necessary to move us forward as a franchise."

The 40-year-old Doan was selected by the then-Winnipeg Jets in the 1995 NHL Draft. The Jets relocated to the Valley and became the Phoenix Coyotes one season later.

Doan has spent his entire NHL career with the Coyotes organization and is the team's all-time leaders in games and goals scored, and he had been the longest-serving active captain in the NHL. A report last week said Doan was leaning toward playing at least one more season.

"On behalf of the entire organization, I would like to sincerely thank Shane for everything he's done for the Coyotes on and off the ice the past 21 years. Shane is a Valley icon who had an incredible career and was one of the best captains to ever play in the NHL," Barroway said.

"Shane deserves an enormous amount of credit for keeping the Coyotes in the Valley and for growing the game of hockey in Arizona. He is beloved by our fans, corporate partners and the media and has been a tremendous leader for us in the community, and a great role model for kids. We wish him and his family all the best in the future. He will be a member of our Pack forever."