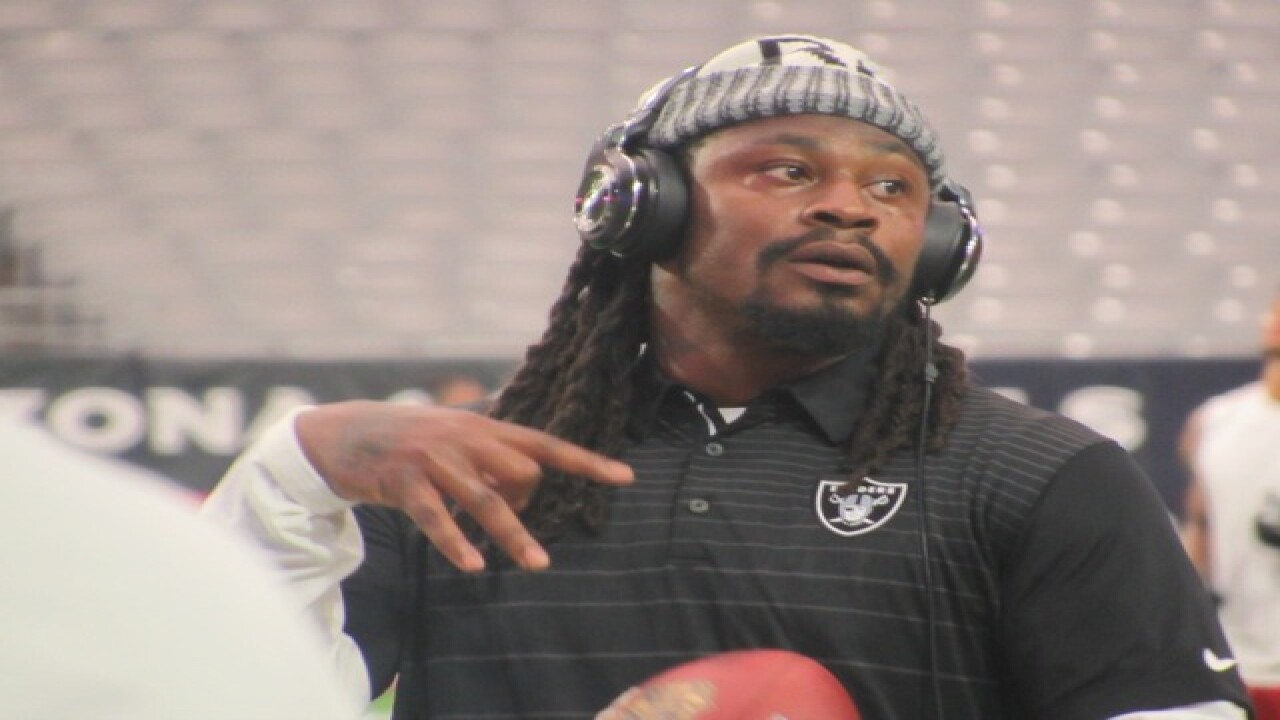 Copyright 2017 Scripps Media, Inc. All rights reserved. This material may not be published, broadcast, rewritten, or redistributed.
<p>(Shane Dale/ABC15)</p>

Oakland Raiders running back Marshawn Lynch sat during the national anthem before Saturday night's preseason game between the Raiders and Arizona Cardinals at University of Phoenix Stadium.

The 31-year-old Lynch came out of retirement when he was acquired by the Raiders in April after spending five seasons with the Seattle Seahawks. He is a five-time Pro Bowl selection and helped guide the Seahawks to a Super Bowl XLVIII victory.

A number of NFL players sat or took a knee during the national anthem throughout the 2016 NFL season, including former 49ers quarterback Colin Kaepernick, who kneeled throughout the season to protest racism and police brutality against minorities in the United States. Lynch did not play in the NFL last season.

"I very strongly believe in standing for the national anthem, but I'm going to respect you as a man. You do your thing ...  That's a non-issue for me," Raiders head coach Jack Del Rio said after the game, adding he was unaware Lynch had planned to sit during the anthem.