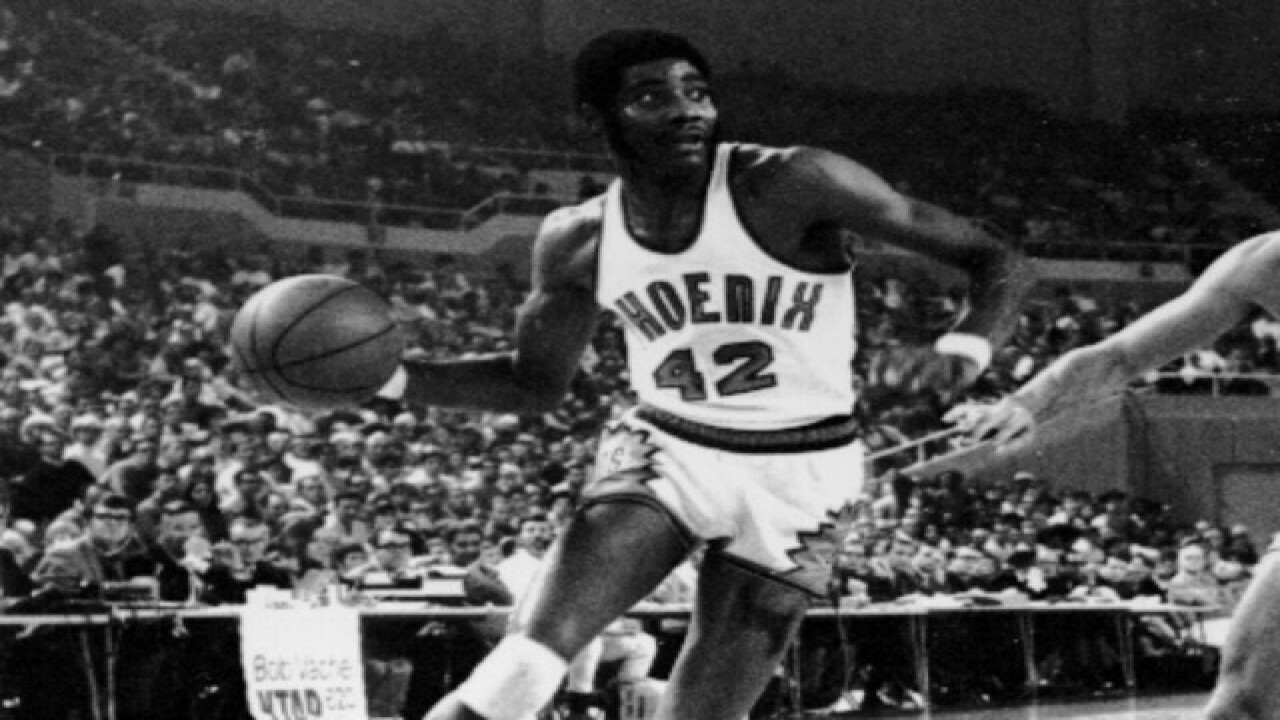 Copyright 2017 Scripps Media, Inc. All rights reserved. This material may not be published, broadcast, rewritten, or redistributed.
<p>(Photo via NBA.com)</p>

Former Phoenix Suns forward and Basketball Hall of Famer Connie Hawkins has passed away, ABC15 has learned. He was 75.

Hawkins played pro basketball from 1961-76, including for the Phoenix Suns from 1969-73. He averaged 20.5 points and 9.0 rebounds per game during his five seasons in the Valley.

Hawkins was a four-time NBA All-Star and one of 15 members of the Suns Ring of Honor. His No. 42 was retired by the Suns.

Prior to his time with the Suns, Hawkins was a member of the Harlem Globetrotters. He finished his pro career with the Atlanta Hawks in 1976 and was selected to the Basketball Hall of Fame in 1992.

"Connie’s passion for the game was only matched by his desire to give back to the Phoenix community, a role which he played proudly as a Suns community ambassador, spreading warmth and kindness to everyone he encountered," the Suns said in a statement Saturday.