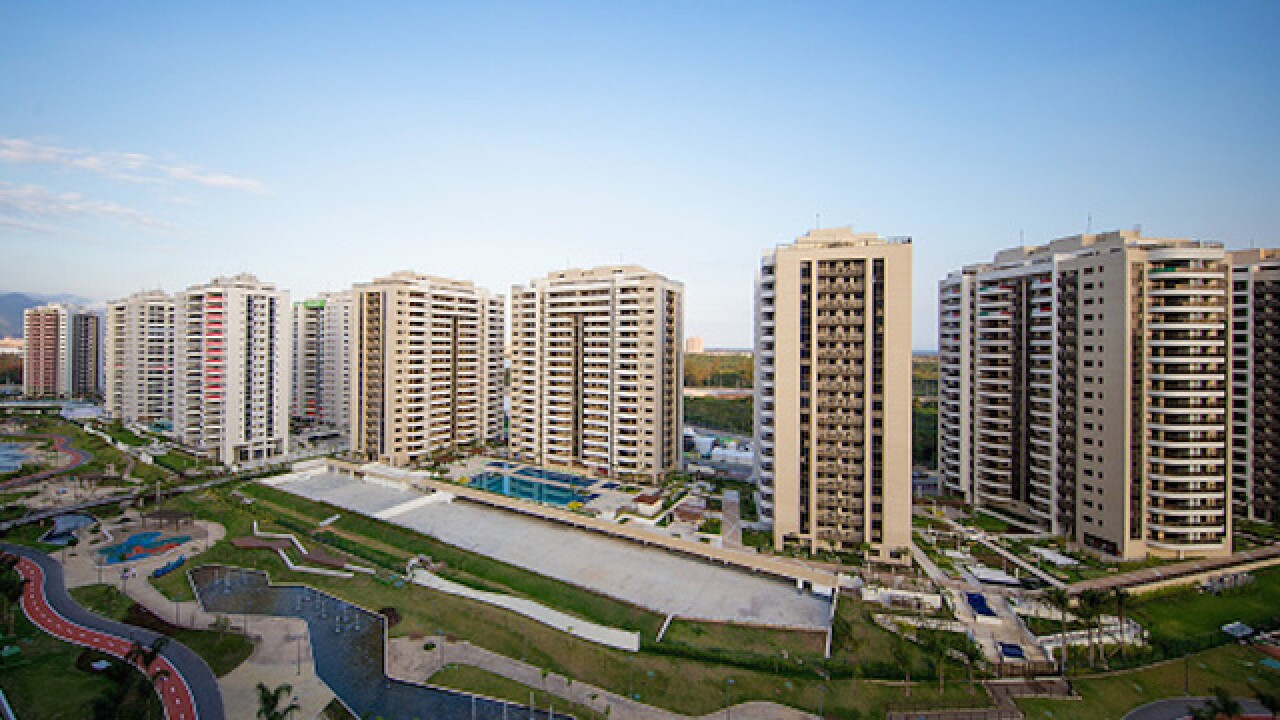 Buda Mendes
<p>RIO DE JANEIRO, BRAZIL - JULY 23: A general view of the Olympic and Paralympic Village for the 2016 Rio Olympic Games in Barra da Tijuca. The Village will host up to 17,200 people amongst athletes and team officials during the Games and up to 6,000 during the Paralympic Games on July 22, 2016 in Rio de Janeiro, Brazil. (Photo by Buda Mendes/Getty Images)</p>

"We are considering isolated cases, but we haven't seen enough to say it was an organized sabotage thing," Rio spokesman Mario Andrada said. He said the most likely cause was what he called "organizational problems."

All 31 buildings at the massive compound for 18,000 athletes and staff are due to be ready at the end of Thursday, with the games opening in just over a week. Andrada says about 400 of the 3,600 rooms in the complex had defects.

South America's first games have been plagued by problems, including the Zika virus, severe water pollution, security worries and slow ticket sales. But the slipshod construction is the first problem directly touching many teams and athletes.

Australia refused to check in at Sunday's official opening, setting off public complaints by at least a dozen teams. Those complaints ranged from water dripping from ceilings and walls, the smell of gas, electrical shorts, and stopped-up toilet bowls — or no toilet bowls at all.

"Imagine, this was on a weekend in Rio," he said. "We called literally all the constructions companies. We literally called every plumber in town."

Rio is a relaxed beach town, where informal dress is normal and the work schedule is negotiable.

"One US official told me the workers were unprepared, working with water on the floor, working with electricity and wearing no protection; wearing flip-flops," Andrada said. "But that's how we live here. Guys work with flip-flops. But the guys are technicians and know how to work."

Rio organizers said 1,129 athletes and 2,449 staff members would be living in the village on Thursday. The total will swell in the next week as teams arrive from private training camps.

Brazilian labor inspectors on Wednesday said they would fine the organizing committee nearly $100,000 (about 315,000 reals) for hiring workers without proper contracts required by law. It said about 630 workers did not enjoy benefits that protect them from workplace injuries.

Andrada said the committee would challenge the fine.

"We might get fined, but not that amount, and we have 10 days to show the documents," Andrada said.