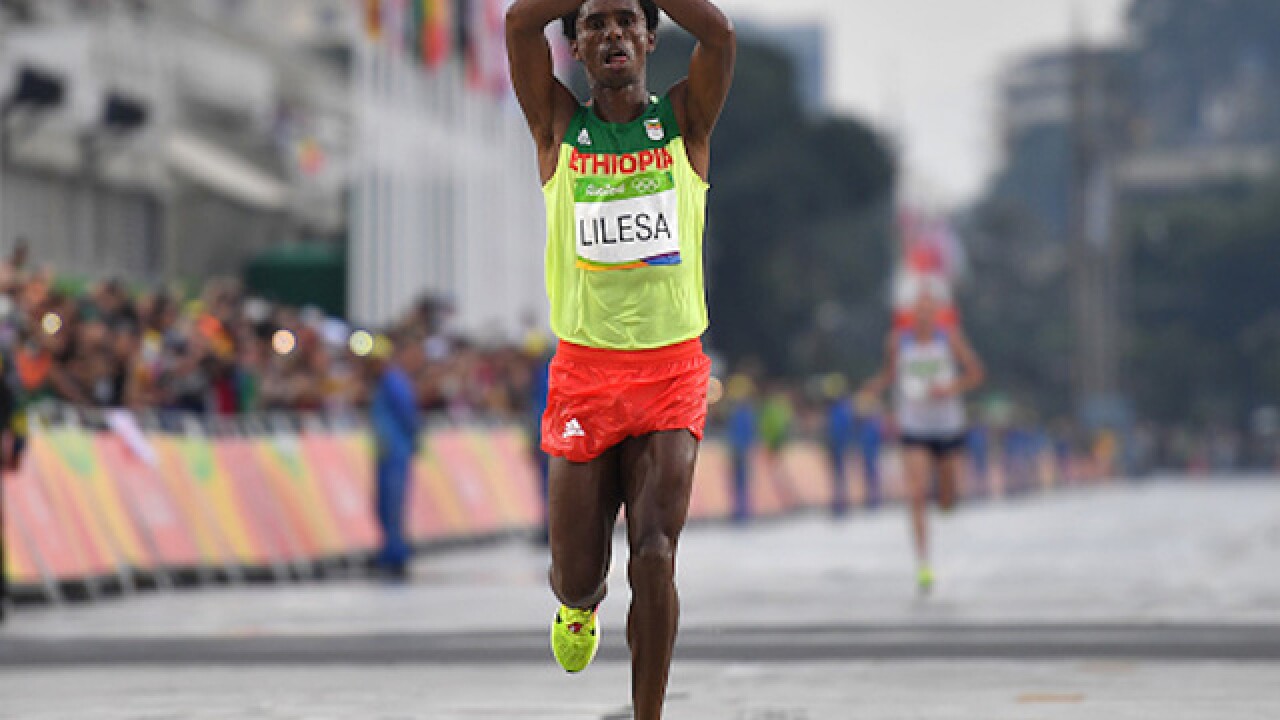 Feyisa Lilesa is one of the world's greatest long-distance runners, but his incredible athletic achievement does little to save him from the violence taking place at the hands of his nation's government.

Lilesa was crowned a silver medalist for the marathon event at the 2016 Rio Olympics on Sunday. When Lilesa crossed the finish line, he crossed his wrists forming an X. The symbol was one of protest from Lilesa toward the Ethiopian government led by Prime Minister Hailemariam Desalegn.

Lilesa told the Sydney Morning Herald that he expects consequences from the Ethiopian government for his protest.

"I was protesting for my people," Lilesa told the Sydney Morning Herald. "It was for all my relatives in prison. I am worried to ask my relatives to talk in prison - if you talk you get killed."