Sugars Skulls release 2021 schedule and expect to have fans 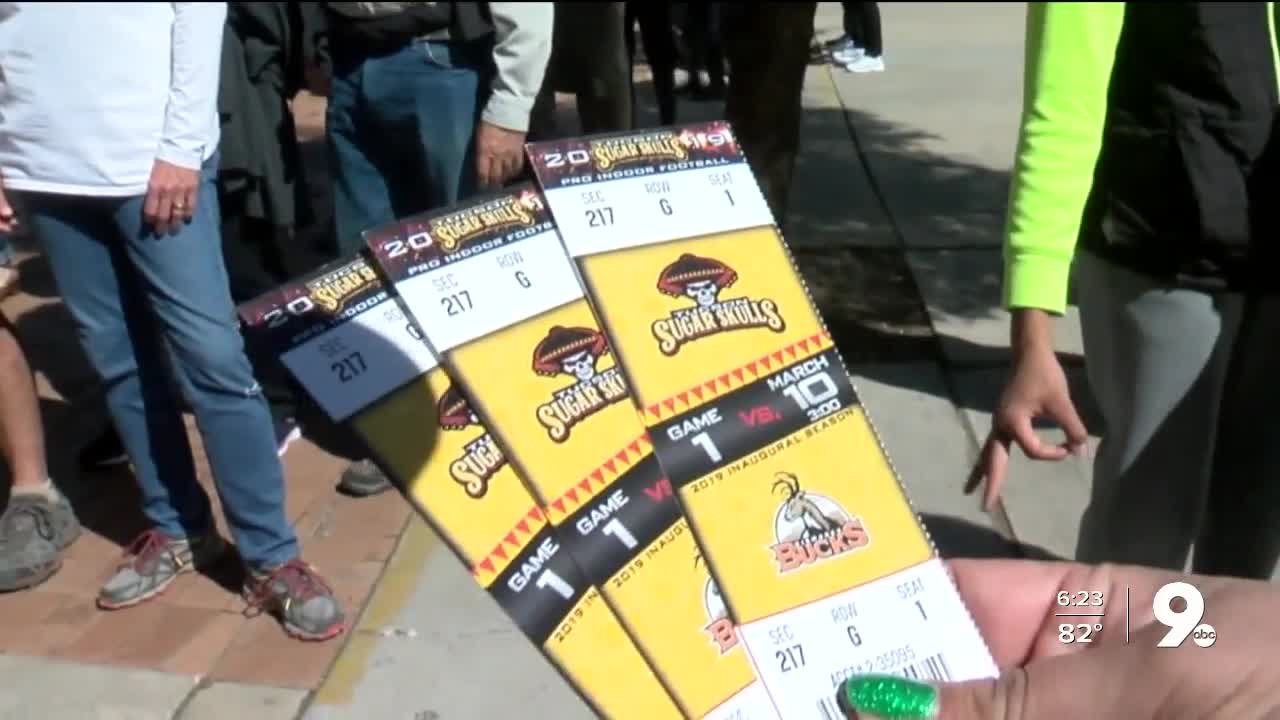 Sugar Skulls tickets are on sale for 2021

TUCSON, Arizona — The Tucson Sugar Skulls will begin the 2021 season on the road in Prescott Valley on Saturday, April 3rd, against their newest in-state rival, the Northern Arizona Wranglers.

Tucson's schedule was released on Tuesday. Their home opener at the Tucson Arena on Sunday, April 11 at 3:05 p.m., when they host the Louisville Xtreme.

"We fully expect to have fans at all our home games," said co-owner Cathy Guy. "We are working closely with the arena leadership and the county health department to put a plan in place to protect the health and safety of all involved."

There are six expansion teams on the Sugar Skulls' schedule, including the Northern Arizona Wranglers, Louisville Xtreme, Frisco Fighters, Massachusetts Pirates, Duke City Gladiators and Spokane Shock. Tucson will host each one of these teams in 2021, with the exception of Spokane.