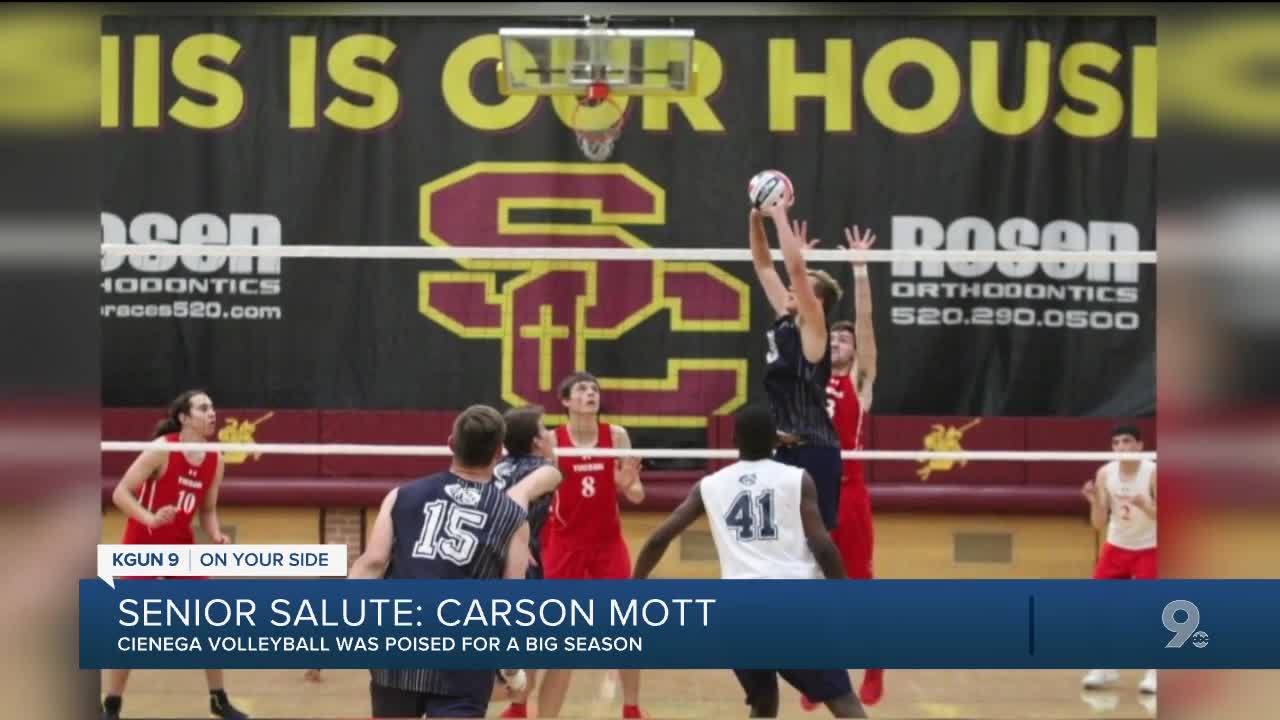 Carson Mott was poised to lead Cienega to a big senior season.

TUCSON, Arizona — As a Cienega volleyball player, Carson Mott was following in his sister McKenzie's footsteps, and those of his brother McLain.

And Carson wanted to win a state championship his senior year the way that McClain did his senior, when Carson was a freshman.

With Mott as the star setter, the Bobcats won their first three matches, and even an award in a Las Vegas Tournament for having the best warmups. That's when covid-19 forced the cancellation of the season.

"When we figured out that we weren’t going to get the opportunity to show what we can do, we were all pretty much devastated."

Carson Mott's volleyball career isn't over. After a church mission, he intends to play at Concordia College where McLain is now, and that Bobcat state title they won together three years ago is something no one can take away.

"That was the best experience I’ve had playing volleyball."