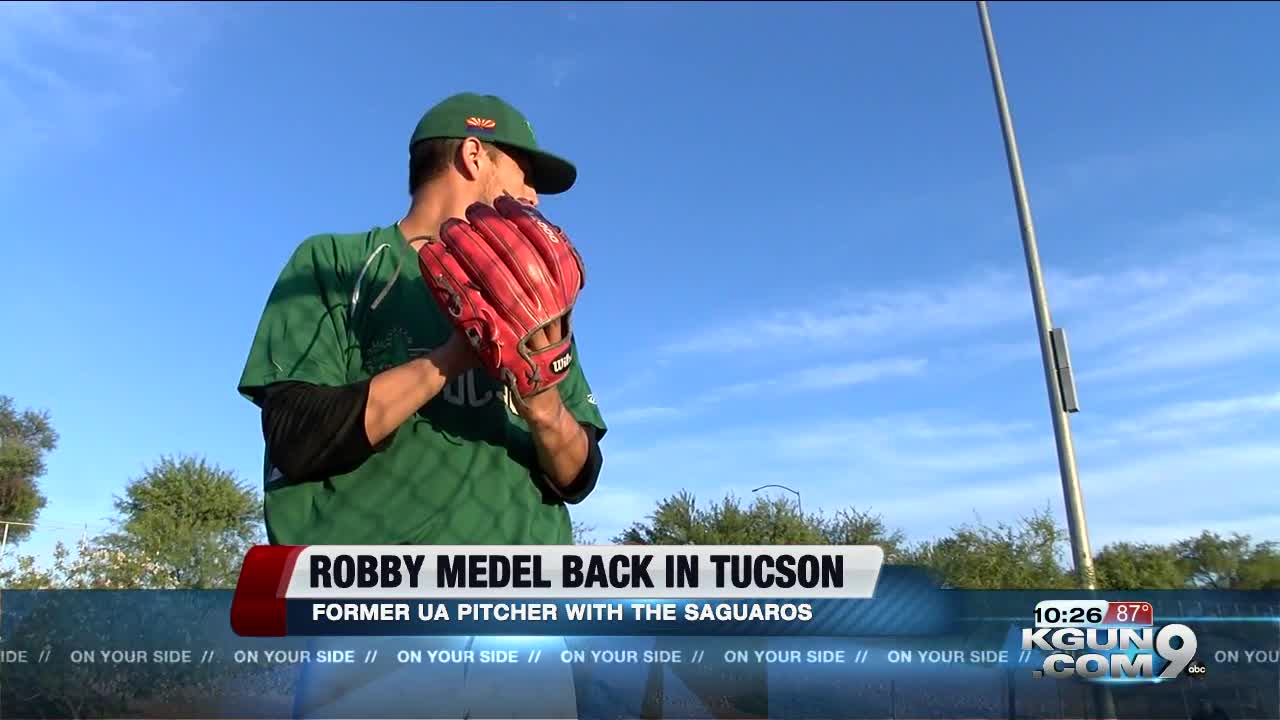 TUCSON, Ariz — No team had more fun during the 2016 College World Series than the Arizona Wildcats did, and no player enjoyed it more than pitcher Robby Medel.

"Obviously, it was the best time of my life, playing in the World Series," said Medel. "I wouldn't trade anything for it."

Medel and the Wildcats were known for dugout antics that kept the team loose, such as the moment in which they took turns shampooing teammates hair during the middle of a College World Series game. Now, one year removed from graduating, Medel is back playing baseball with the Tucson Saguaros.

"I miss baseball a lot. Playing in Tucson for four years at U of A made it easy to play in the Pecos League because I love Tucson so much."

In the past year, Medel worked on the Beto O'Rourke Senate campaign in his home state of Texas, and at a Wall Mart distribution center. Since the odds of making it from the Pecos League to the Major League are slim, Medel would like to stay in the game as a broadcaster.

"I feel like as a player, I can give a different perspective."

Whether it be pitching or shampooing, Medel knows how to make a baseball team gel.

"Baseball is a game, but within the game you have to have fun. You have to enjoy yourself because those are the moments you are going to remember."