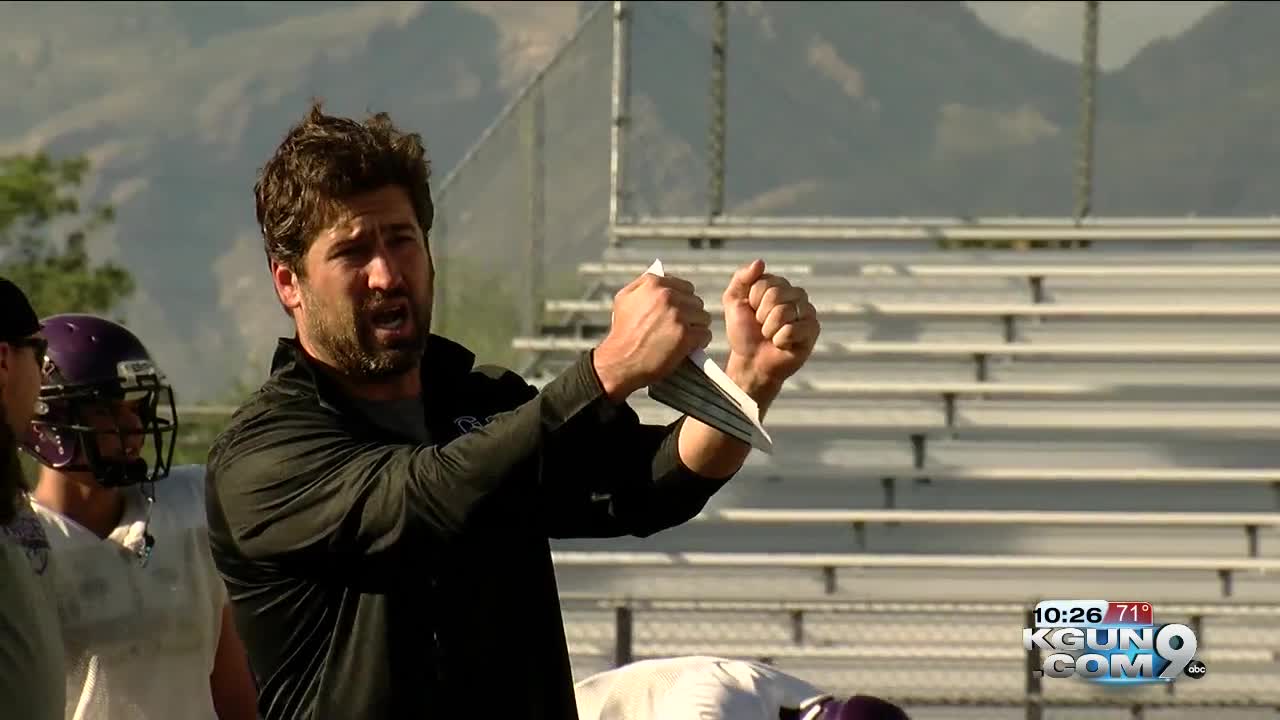 Mike Strack is in his second year with the Ranger program.

TUCSON, Ariz — Mike Strack might be in his second season at Rincon / University High School, but he's not new to southern Arizona, as his grandparents lived in Tucson for the majority of his childhood.

His late paternal grandfather, Dave Strack, was head coach of Michigan Basketball during the 1960s, leading the Wolverines to three Big 10 titles.

"He is someone I would consider a mentor or a coach beyond being a grandfater," said Mike Strack. "He would share stories of things he would do with his team, and they've stuck with me."

Dave Strack would go on to become athletic director at the Unviersity of Arizona. He's known for hiring Fred Snowden, the first black head coach at a major university.

"Besides being an awesome grandfather, he's been an influence on me as a coach."

Fast forward to today, and the former Bethany college quarterback moved back to Tucson to take over a Rincon team that was just 8-42 in its previous 50 games.

"I'm a firm believer that there is potential in any high school program."

Strack's strategy was to start in the classroom, and he holds study sessions for his players. Senior Alberto Borboa has noticed a difference.

"I cannot think of one player that is ineligible at the moment compared to a few years ago when I was worried about losing half the team," said Borboa.

Strack has Rincon at 2-2, which is one more win thant the Rangers had all of last year. He's turning around the Rangers using lessons he's learned from his grandfather.