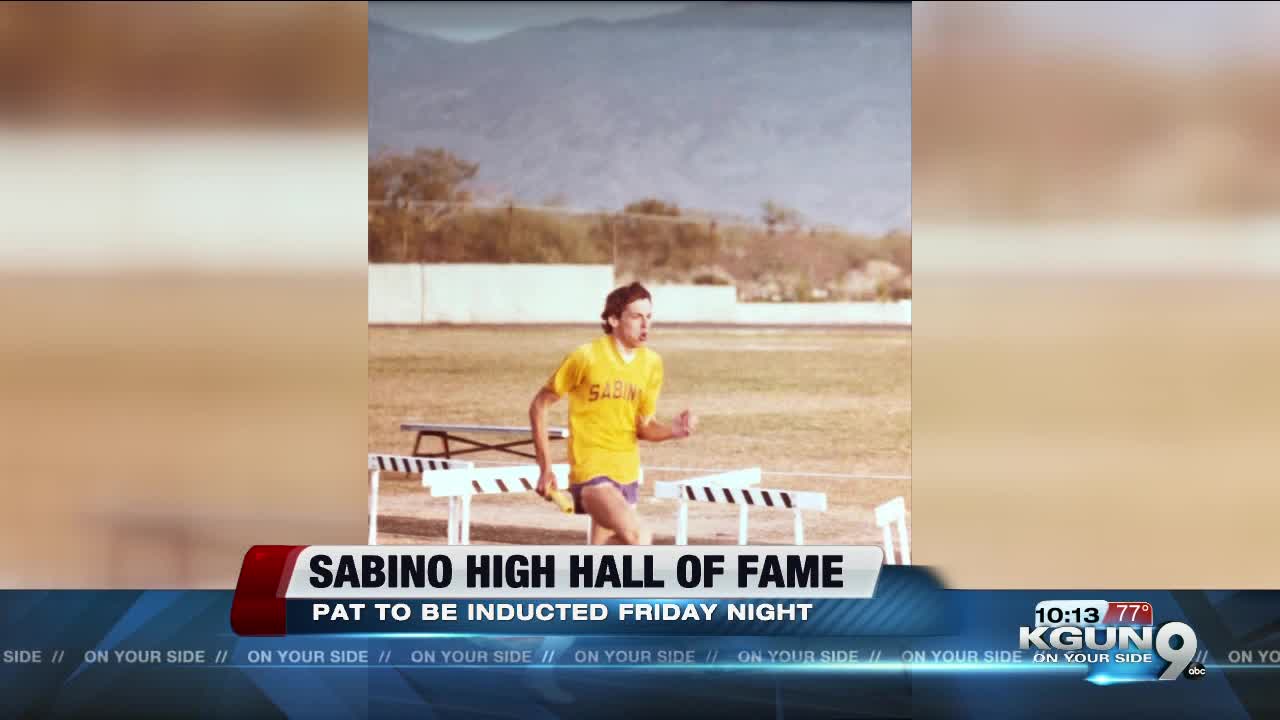 John Brooks remembers Pat Parris very well. He was Pat's track coach at Sabino High School back in 1982. There's only one thing he doesn't remember.

"I don't think I saw him lose an 800 meter race," Brooks said. "It was almost effortless the way he ran."

"He was thriving for that state championship all the time he was at Sabino," said the elder Parris.

However, a rival was set to deny Pat the 800 meter state titles that spring day up in Mesa. So, Coach Brooks prepared Pat both mentally and physically for a late kick that might be needed.

"I came around the outside of him and I beat him," said Pat Parris during KGUN's newsroom celelbration for his Sabino Hall of Fame induction. "Mr. Brooks is the reason why. So, I want to thank him for all he did."

"He ran a 1:53 that year, which even today is a very good time. It's nice to see him anchoring the news every night. After the season was over, Pat's Dad, Jack, wrote me a very nice letter thanking me for the season and the work that we put in. That was nice."

"Peole recognize him now and tell me what a great job he does," said Jack Parris. "What father wouldn't be proud of that."