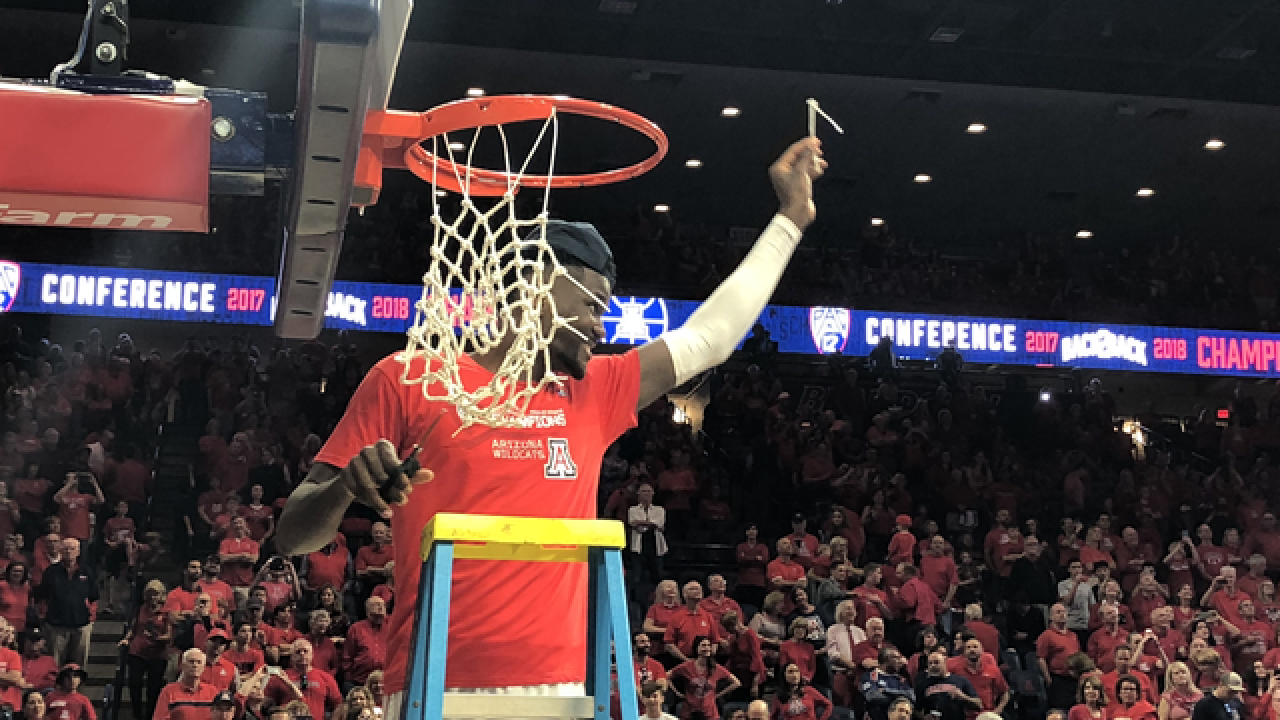 Copyright 2018 Scripps Media, Inc. All rights reserved. This material may not be published, broadcast, rewritten, or redistributed.
<p>Arizona freshman DeAndre Ayton has been named the PAC-12 Player of the Year.</p>

Arizona freshman big man Deandre Ayton is leaving early for the NBA after one dominating season.

Ayton made the announcement on his Twitter feed Wednesday. He had said after the NCAA Tournament loss he was headed to the NBA, something Sean Miller also indicated after seniro day.

The Bahamian big man has the size of a center, but the athleticism of a small forward. He has excellent footwork, a good midrange jump shot and passes well out of double teams, traits that have him projected to be a lottery pick in the NBA draft, possibly the No. 1 overall pick.

I’m so blessed for the opportunity I had at Arizona, and I’m excited to announce I will be entering the 2018 NBA Draft! #BullySeason #242totheWorld pic.twitter.com/HlqhsrOCoT