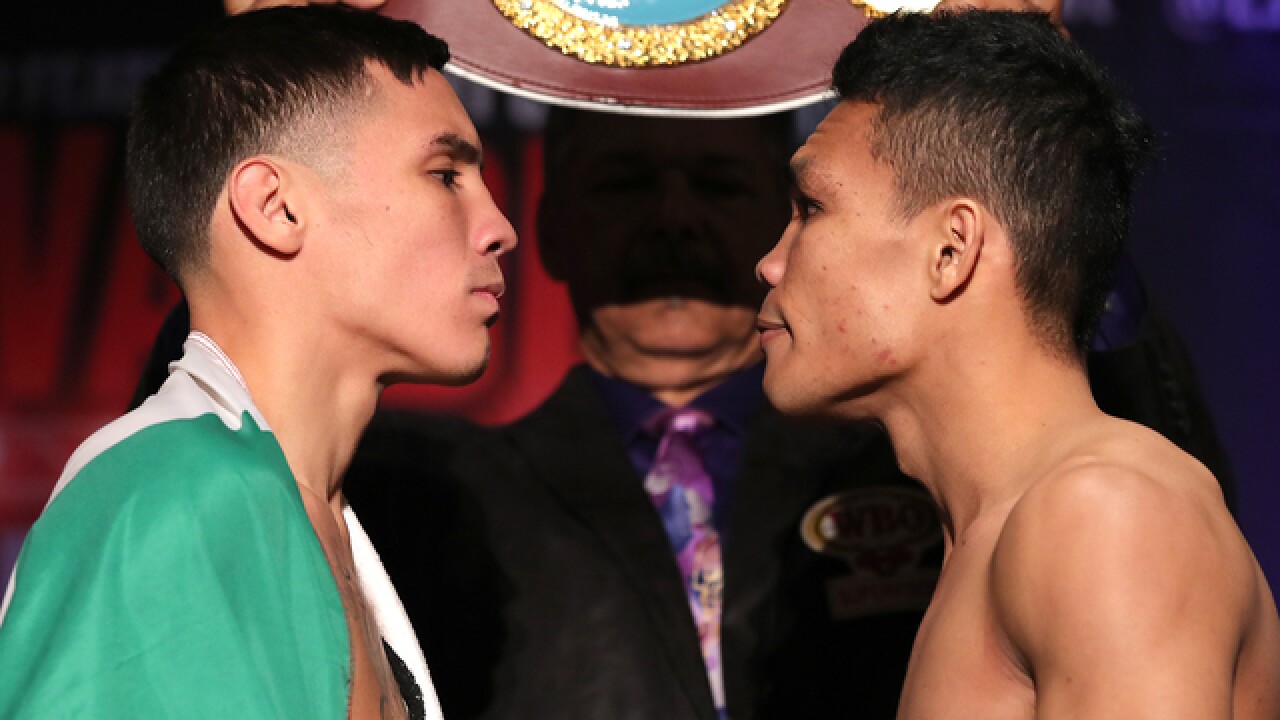 The two fighters entered tonight both undefeated.  Servania landed some good punches early on against Valdez, and even knocked him down in the 4th round, but Valdez maintained his composure and finished off Servania.  Knocking him down in the 5th and earning a unanimous decision.  Valdez remains undefeated and retains his title.

"I never thought I was gonna be on the canvas like that," Valdez told ESPN's Bernardo Osuna after the fight. "But this is boxing. This is what it is. To be completely honest, I wasn't really hurt. I was really surprised. I was like, 'OK, I'm on the floor. But now, nothing happened. I'm gonna get up and I'm gonna do my work.' "

"I let the crowd sometimes get to me," Valdez said. "I wanna show my crowd a good fight. I got a little too careless and I got hit. This is boxing. But I learned a lot from this fight, definitely."

Valdez spoke multiple times prior to tonight's event about bringing a belt back to his people of Southern Arizona.  Tonight, Valdez retains his championship belt in a city he was raised in.