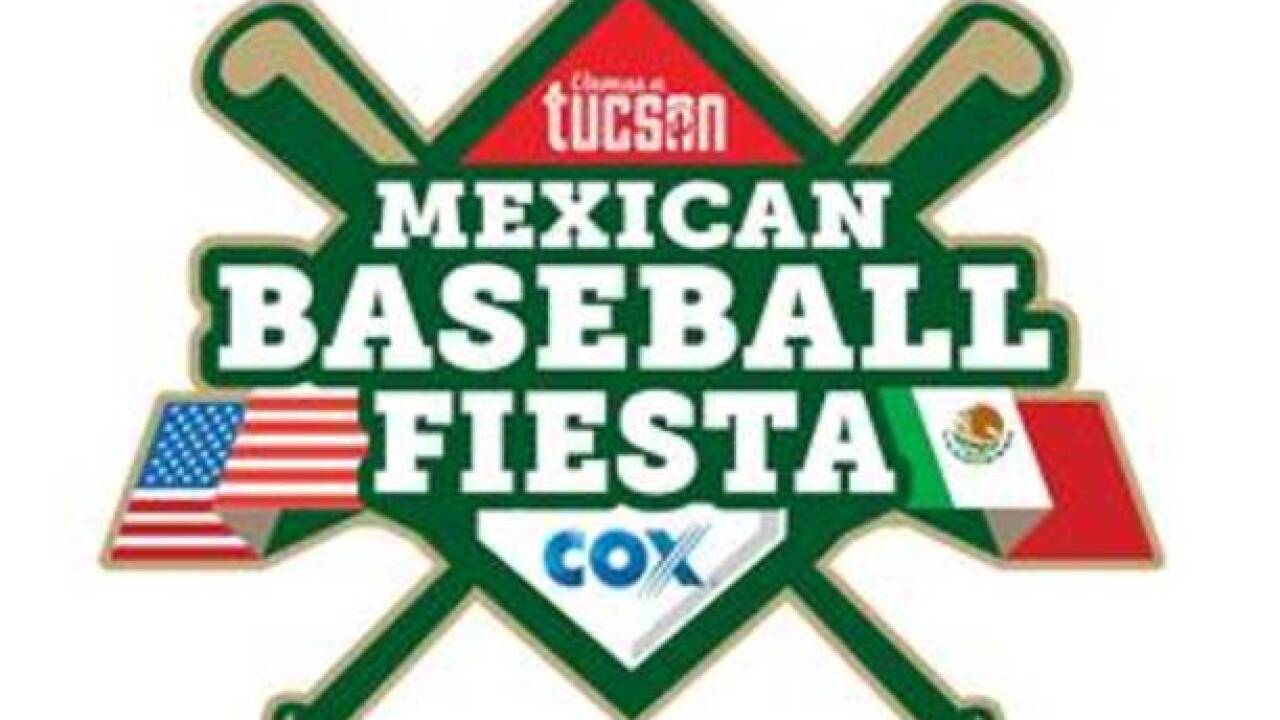 The seventh annual Vamos a Tucson Mexican Baseball Fiesta presented by Vantage West, Cox, and Visit Tucson will be playedon October 5 – 8 at Kino Stadium in Tucson.

This year’s event will include the Naranjeros de Hermosillo, Yaquis de Obregon, Aguilas de Mexicali, and the Cañeros de Los Mochis of the Mexican Pacific League (Liga Mexicana Del Pacifico), as well as top prospects from one MLB organization to be determined. Hermosillo and Obregon have participated in all seven years. The Mexican Baseball Fiesta will also take place in Phoenix (Mesa) and Las Vegas. We are still working on games in Nogales and Douglas, Arizona as well as a few other regional cities.

“It is our pleasure to continue to present this fun-filled cross-border and cultural event in Tucson” said Mike Feder, President of the Mexican Baseball Fiesta.

Tickets for the Vamos a Tucson Mexican Baseball Fiesta go on sale in early September online at www.MexicanBaseballFiesta.com[MexicanBaseballFiesta.com]. Ticket prices are box seats - $15 and general admission for adults - $10, kids (6-16) $6. Fans will also be able to purchase tickets at some of these Tucson locations beginning in mid-August: Food City, Vantage West (Craycroft and Golf Links), Taco Giro, El Nene, Ultimate Auto Boutique, Suspiros Cakes, Mi Mazatlan and Los Portales. Tickets will also be on sale at the Kino Stadium box office two weeks before the first game. The fulltournament schedule will be released in early August. The popular games between Hermosillo and Obregon will once again be the second game of the doubleheader on both Friday and Saturday. That game has drawn in excess of 5,000 fans every year.